Sean Hannity is now supporting a boycott of Rachel Maddow

Though he's previously been anti-boycott, Hannity is now generating support for a boycott of MSNBC's Rachel Maddow 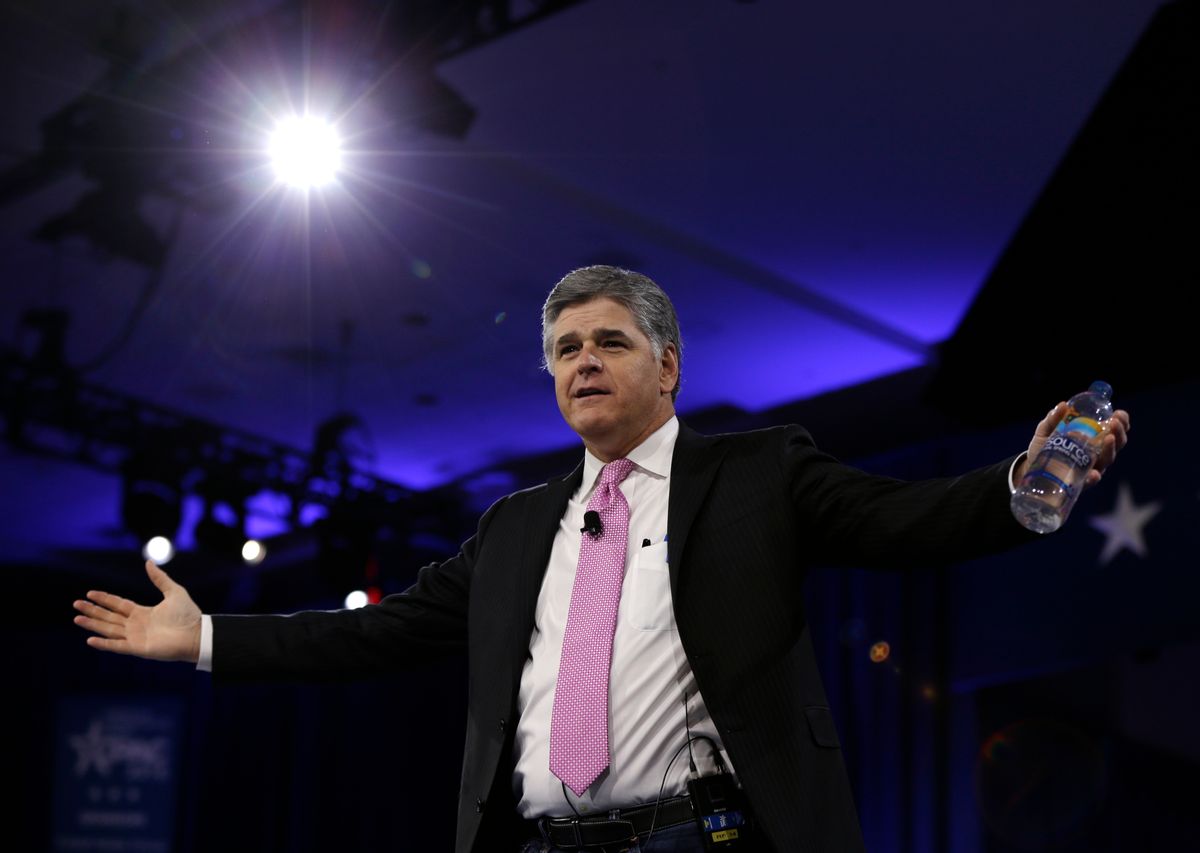 Fox News host Sean Hannity is looking to generate support on Twitter for a campaign to oust MSNBC host Rachel Maddow by putting pressure on her advertisers.

Hannity's move is a retaliatory response to media news site Media Matters and others who have called for a boycott of Hannity and pressured advertisers to pull out of his show. This is a reversal for Hannity, who has previously been against media boycotts, even of figures — such as Stephen Colbert — who come from opposing political views.

The movement to boycott Maddow's show was initiated by conservative pundits Brian Maloney and Melanie Morgan, who created a "StopTheScalpings" Twitter account and accompanying hashtag to "push back against the attempt to silence those who dare to ask tough questions and pursue the truth," according to an article on their site Media Equalizer. The Media Equalizer article, written by Morgan, claimed that the #StopTheScalpings campaign is dedicated to "Working Together, Against the Suppression of the First Amendment by the Left."

Hannity retweeted tweets from the Stop the Scalpings Twitter more than a dozen times on Tuesday.

The articles on Media Equalizer read like a hodgepodge of far-right fringe conspiracy theories, though much of the blog's recent content has consisted of defenses of Sean Hannity and attacks on Maddow's credibility.

Melanie Morgan's aforementioned article also defended Hannity's propagation of a debunked conspiracy theory about slain Democratic National Committee staffer Seth Rich, despite the fact that Fox News has retracted a story that gave legitimacy to the theory. Morgan defended Hannity, saying he had merely been "asking questions . . .  if there is no Russia-Trump collusion, then is there another source?"

Morgan wrote, "As long as Media Matters continues to attack conservatives, we will return them the same kindness. We begin with Rachel Maddow who has been the biggest purveyor of lies and propaganda in the media today. Like Media Matters, we will now inform the public and the advertisers about who they are financing."

The website released a list of advertisers on Maddow's show. Morgan then decried these advertisers for supporting her "hateful, biased and untruthful reporting."

Morgan wrote, "We ask you to call them, email them, cancel your subscriptions, unless they pull their support for Rachel Maddow’s programming."