Texas' proposed anti-immigration law is causing tensions to flare, and threats to be thrown about 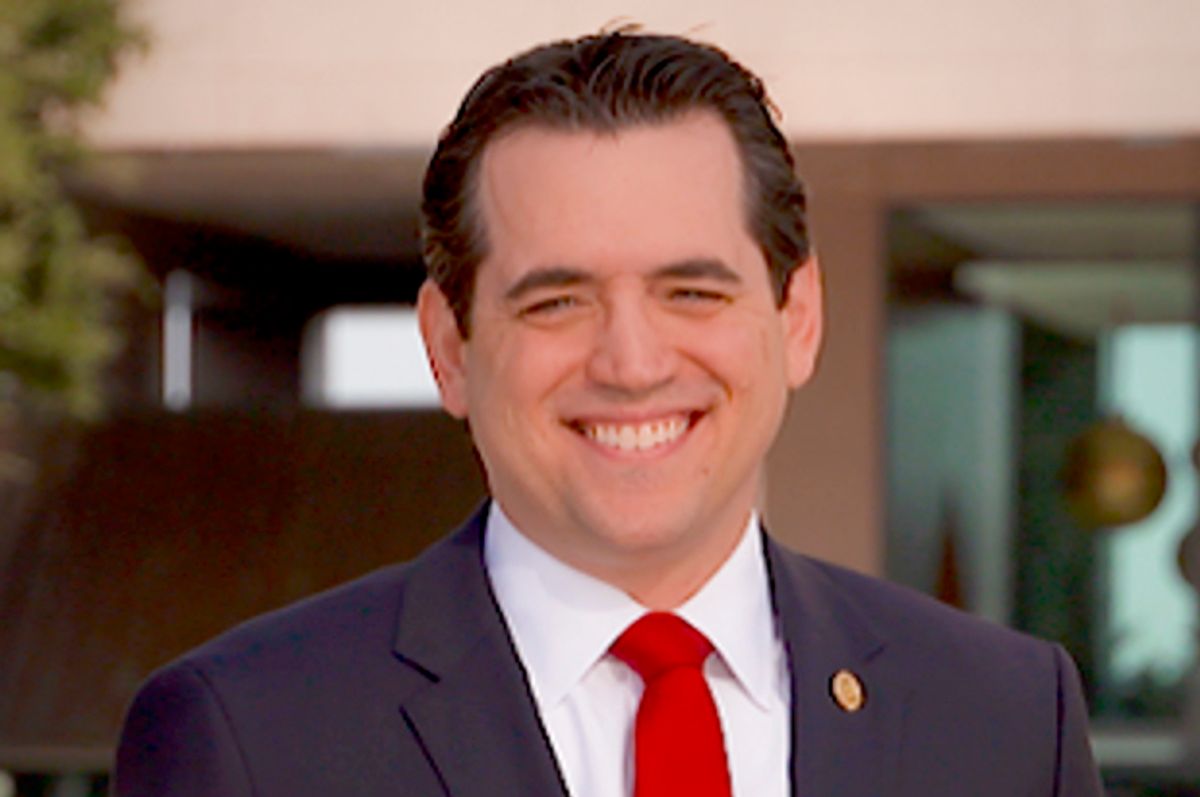 A shoving match among lawmakers in the Texas House floor in Austin erupted Monday after a group of protesters crashed the final day of the legislative session, leading one lawmaker to threaten that he would shoot a colleague in the head in self-defense should he feel threatened after leaving the building.

The ruckus erupted over a new law that would compel local governments to enforce federal immigration laws at risk of losing state funding.

“There are enough of us here who remember a time in Texas when respect and decorum ruled the day,” Rep. Celia Israel, D-Austin, told the Dallas Morning News.

Monday’s conflagrations in Austin underscore a heated debate over the so-called “show me your papers” legislation that aims to crack down on cities that aren’t deploying more draconian measures to root out and deport unauthorized immigrants. Critics argue that law enforcement measures would be stymied if people, including relatives of the undocumented migrants, feared to speak to or report crimes to police officers.

As the protest erupted in the House chamber, Democratic Party Representatives Ramon Romero and Cesar Blanco were seeing waving to the dozens of sign-wielding mostly Hispanic protesters that entered the House chamber

Republican Matt Rinaldi, a hardline supporter of the law, said he called U.S. Immigration and Customs Enforcement (ICE) on the protesters. A shoving match ensued between lawmakers on both sides of the debate. At one point, Rinaldi threatened to shoot Rep. Poncho Nevarez in the head.

“There was a threat made from Rinaldi to put a bullet in one of my colleague’s heads,” Rep. Justin Rodriguez told reporters after the incident, the Texas Observer reported. “That kind of threatening language, he needs to be called out and held accountable for.”

In a message posted to his Facebook feed, Rinaldi claims Nevarez had threatened to “get me on the way to my car” and that he made it clear to Nevarez that he would shoot him in self-defense.

State-level “show me your papers” legislation has become more popular following President Donald Trump’s victory in the Nov. 8 presidential election. Trump has said he would work to deny federal funding to sanctuary cities where local law enforcement has been told by city officials to not consider the legal status of members of the communities they police. The list includes many of the country’s major cities, including Dallas, Austin and Houston.

States including Arizona, Florida and Utah have passed or attempted to pass legislation similar to the Texas law.