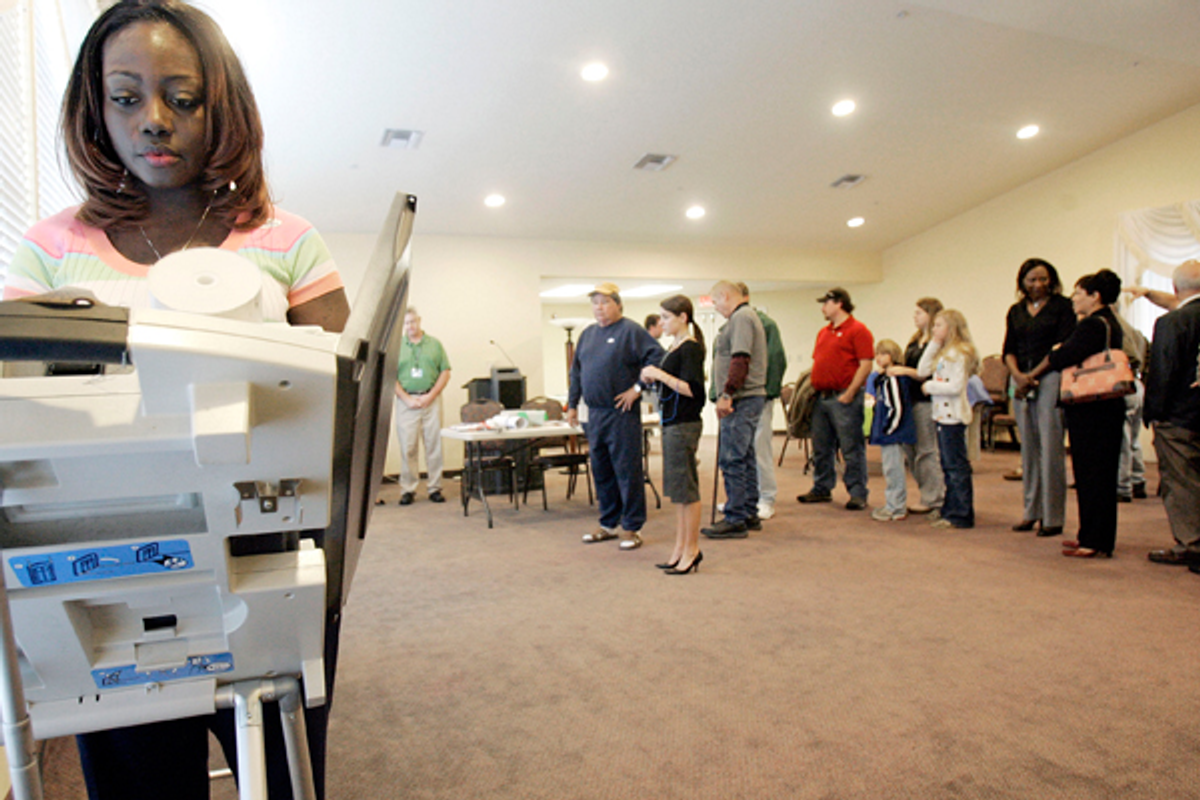 The U.S. Supreme Court will hear the case of Ohio's policy to purge citizens from its voter registration lists who did not regularly cast ballots.

The state's practice of purging its voter walls was called "questionable" according to The Nation.

Ohio officials had argued that removing voters who were labelled as inactive over a six-year period of time was a way to keep voting rolls "current" and "accurate," according to Reuters. In September 2016, just prior to the presidential election, the 6th U.S. Circuit Court of Appeals in Cincinnati struck down the law.

A lawsuit filed last year by the ACLU claimed that Ohio and Secretary of State John Husted had violated the National Voter Registration Act, which prevents states from removing registered voters simply because they didn't vote previously. Under the Ohio policy, the state would send a confirmation notice to voters who do not actively participate for a period of two years — meaning those who voted in presidential elections only would be eligible to be purged. Failing to respond over the following four years results in being removed. Husted made the argument that the policy had been in place under both Democratic and Republican secretaries of state since the 1990's.

Though the Supreme Court will hear the appeal of the ruling, the news comes at a time in which states are looking to move in a much different direction and allow voters to be automatically registered. On Monday, the Illinois House passed a bill that would automatically register qualified voters with overwhelming support. Though, the bill must return to the state Senate before it lands on the desk of the governor, according to the Associated Press.