"Wonder Woman” reviews: See what the critics are saying 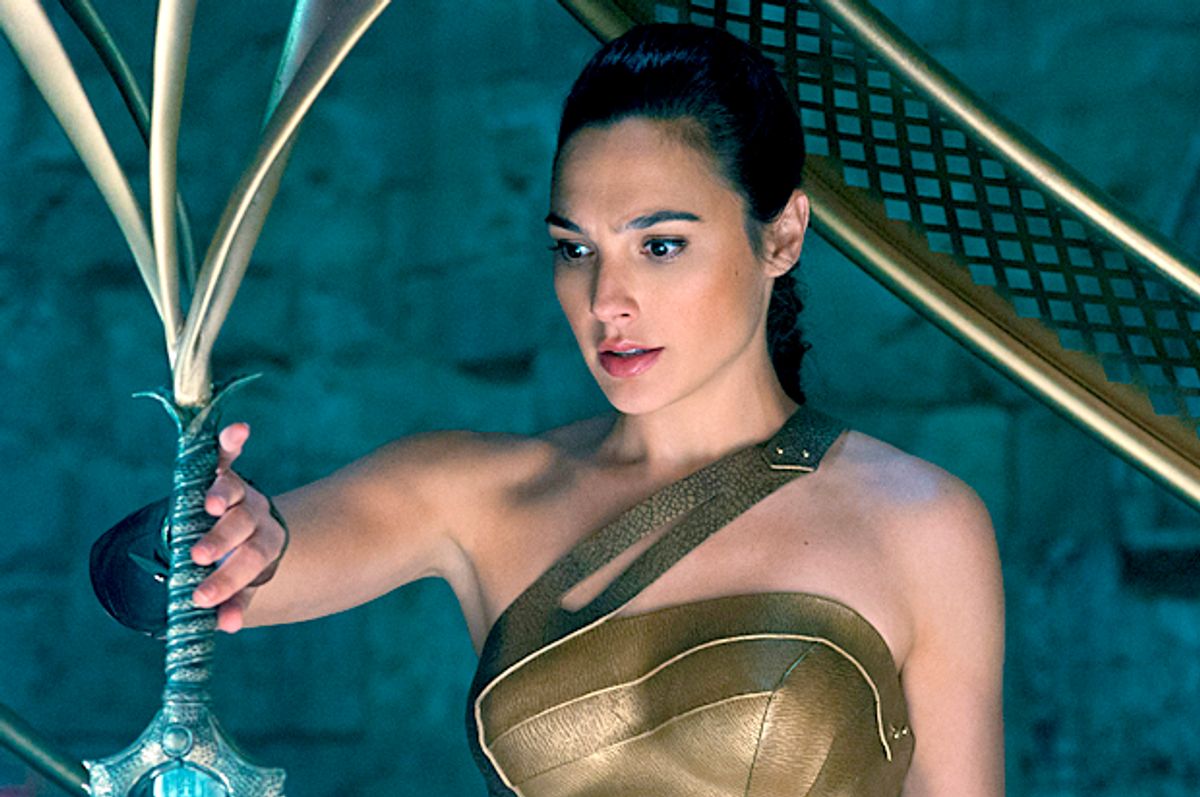 Highly anticipated — though not without some controversy — Patty Jenkins’ “Wonder Woman” is landing in theaters on Friday. Starring Gal Gadot as the titular Amazonian warrior, the Warner Bros. addition to its growing DC Expanded Universe slate of films adapted from comic books marks the first time a female hero of this stature and fame has hit the screen behind a big, big budget. (The release of “Elektra” and “Catwoman” preceded this, but to little success.)

With observers claiming that the fate of the lucrative but troubled DCEU and the future of women-led superhero films hang in the balance, the release of “Wonder Woman” marks more than just another entry in this year’s round of summer blockbuster releases. Many are casting it as a gamble and an ultimatum.

With the press embargo on reviews of “Wonder Woman” lifted early this morning four days before its wide release (the appearance of early reviews is generally a good sign), it’s time to look at what the critics are saying.

The review from Comic Book Resources  came with the headline "'Wonder Woman Review': Far And Away The Best DCEU Movie Yet." Kristy Puchko wrote:

Tasked with the harrowing challenge of helming the first female-fronted superhero film of the genre’s latest boom, Jenkins delivers the full package, an enthralling journey with exhilarating and inventive action, a charismatic cast, moments of heartwarming levity and heart-wrenching drama, and — best of all — a protagonist we can clutch to, and want to follow on more and more adventures.

Not only does "Wonder Woman" (opening in theaters Friday) power through the potential pitfalls of the modern-day superhero movie — weak plot, boring villain, lackluster third act — but it also shows once and for all that a female-focused superhero movie can be as strong, heroic, thrilling, and funny as the guys' (and, I predict, as profitable).

Wonder Woman is an electrifying, breathtaking cinematic achievement sure to win the hearts and minds of audiences around the world.

io9's Germain Lussier said in a post titled "The 'Wonder Woman' Movie Is Even Better Than You Hoped It Would Be":

Gal Gadot’s Diana is her best performance to date, blending the kindness, power, and innocence needed for the iconic character. Her story is very clean and very aggressively paced, peppered with lots of action, just the right amount of mythology, and — for the first time in a DCEU film — a lot of humor.

"Wonder Woman" is the best movie Marvel rival DC Comics has put out in its own cinematic universe, and unlike the recent parade of bleak superhero tales from both studios, it makes you feel good while you watch it.

Andrew Barker of Variety, like many, is fully on board for Gadot's performance:

“Wonder Woman” is the first major studio superhero film directed by a woman, and it shows in a number of subtle, yet important ways. As skimpy as Gadot’s outfits may get, for example, Jenkins’ camera never leers or lingers gratuitously — Diana is always framed as an agent of power, rather than its object. When she finally unleashes her full fighting potential in an extended battle sequence on the front lines, the movie comes alive in a genuinely exhilarating whirl of slow-motion mayhem, and Diana’s personality is never lost amid all the choreography.

While the technical aspects aren’t always there and the action isn’t as sharp as it should be — most glaringly in the third act fight that looks like a video game boss battle from 2005 — Gadot’s performance as an unflinching but compassionate hero makes it all work.

Sheri Linden of The Hollywood Reporter had the same reservations expressed in many reviews, but again Gadot saved the day for her:

Had it really broken the mold and come in below the two-hour mark, Wonder Woman could have been a thoroughly transporting film. As it stands, it’s intermittently spot-on, particularly in the pops of humor and romance between the exotically kick-ass yet approachable Gadot and the supremely charismatic Gal Gadot.

Perhaps DC struggled to find territory arch-rivals Marvel hadn’t already claimed. They covered the mythical-deity-out-of-water angle with Thor, and the superhero-joins-the-war-effort with Captain America. In "Wonder Woman," they had something none of their rivals had — a bona-fide brand-name female superhero — but in trying to work out what to do with her, they seem to have lost their way. She journeys from a land without men and winds up stranded in no man’s land.

Chris Nashawaty of Entertainment Weekly joined the chorus of critics who found the film wanting in some respects but Gadot marvelous:

It would be nice one of these days if some heroic editor just lopped off the last 30 minutes of all of these things. But it’s hard to quibble about what’s wrong with a movie that gets so much right, especially when it comes to Gadot’s revelatory portrayal of Wonder Woman.

In a highly positive review, Allison Willmore of Buzzfeed praised the movie's tone:

What’s striking about her turn in the spotlight in "Wonder Woman," beyond its milestone status as a female-centric studio superhero feature directed by a woman, is the movie’s sense of elated lightness. Aside from the clunky framing device featuring a present-day Diana working at the Louvre, Wonder Woman is freed up to tell a straightforward origin story that takes its title character from a childhood on the Amazon island of Themyscira into the tail end of World War I.

Finally, in "‘Wonder Woman’ Review: Gal Gadot’s Amazon Warrior Conquers Superhero Doldrums," Alonso Duralde of The Wrap enjoyed the film as the blockbuster it was designed to be:

It’s a film that not only improves upon many of the seemingly built-in shortcomings of superhero movies, but also mixes smarts, sentiment and adrenaline in the best Hollywood style. This is a superior popcorn movie, no matter what the genre.