The network has parted ways with the now embattled comedian 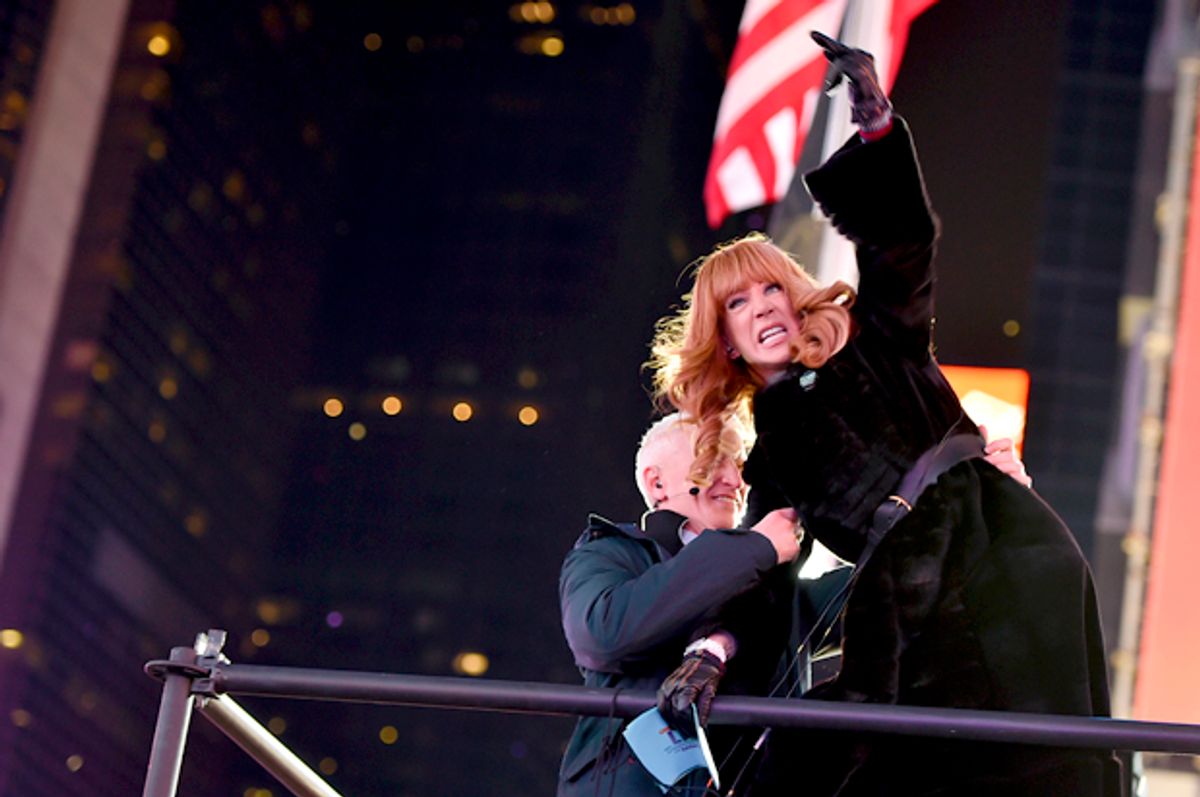 Following the public outcry against an image showing the comedian holding what could be seen as the bloody, severed head of President Donald Trump, CNN has announced that it will not be working with Kathy Griffin any longer.

Griffin had appeared alongside co-host Anderson Cooper during CNN's New Year's Eve coverage since 2007. Her firing comes in the wake of a chorus of tweets and comments calling on the news network to part ways with the now-embattled entertainer.

While neither Griffin nor Cooper has yet to release a response to CNN's notice of termination, Cooper did post a statement to Twitter last night:

Griffin had already lost her Squatty Potty endorsement deal with the CEO of that company, Bobby Edwards, who said in a statement,"We were shocked and disappointed to learn about the image Ms. Griffin shared today, it was deeply inappropriate and runs contrary to the core values our company stands for."

Already President Trump, the target of the image created by Keith Shields, has commented on the controversy, tweeting that Griffin, "should be ashamed of herself." He continued "My children, especially my 11 year old son, Barron, are having a hard time with this. Sick!"

In the hours since that tweet, first lady Melania Trump added a comment of her own:  "As a mother, a wife, and a human being, that photo is very disturbing."

The first lady added, "When you consider some of the atrocities happening in the world today, a photo opportunity like this is simply wrong and makes you wonder about the mental health of the person who did it."

While Griffin apologized for the image last night and took it down from her social-media channels, she continues to draw increasing fire. Photographer Shields has also removed the offending image from his Twitter page.