UPDATE: A producer for the film tells Salon that the campaign has been "terminated" 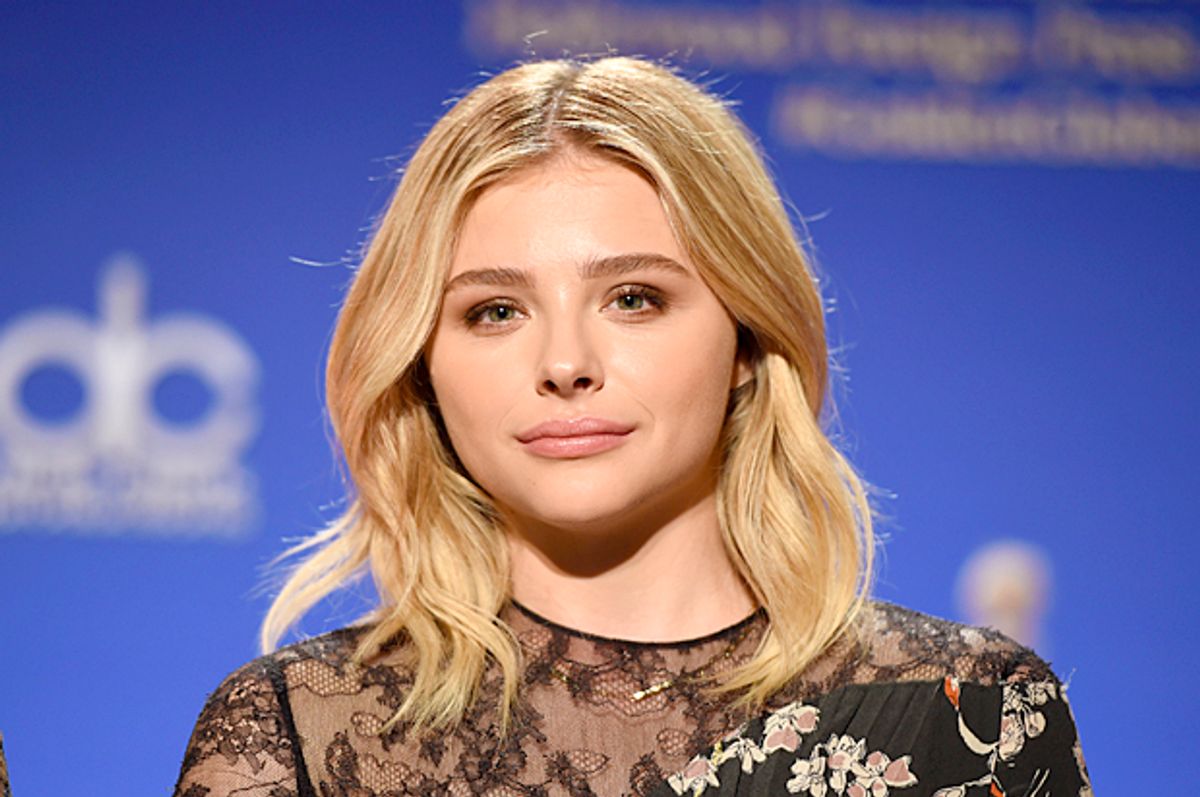 Update: This article has been updated with responses both from Chloë Grace Moretz and the producers of "Red Shoes and the 7 Dwarfs" at the bottom of this post. In addition, one of the trailers embedded here is no longer available online. The rest of Salon's original article begins below.

It has seemed lately that women might finally be getting what they deserve in movies. In recent years, fairy tales like "Tangled" and "Brave" have given girls something to look up to that isn't a damsel in distress. Even superhero movies have been taken over by girl-powered heroines, moving that formerly male-dominated world closer to modern feminism.

In contrast to that is the promotional artwork for the new Snow White parody movie, "Red Shoes and the 7 Dwarfs." Appearing at the Cannes Film Festival, the artwork seemed to body shame its main character voiced by Chloë Grace Moretz.

On one side of the poster features a tall, slim Snow White, doe-eyed, with red lips and in high heels and a posture Gisele would be envious of. On the other, there's a slightly shorter, heavier Snow White, with no makeup, slouching a little and holding the shoes. The caption reads, "What if Snow White was no longer beautiful, and the dwarfs not so short?"

It is unclear if the poster represents official advertising to consumers or is part of the studio's attempts to disseminate the film to distributors. The festival is a clearinghouse for movies.

Chloë Grace Moretz, one of Hollywood's young body-positive actors, had yet to comment about the controversy.

While social-media users were tweeting about the poster, she retweeted Chastain's now infamous Cannes speech:

"Red Shoes and the 7 Dwarfs "does not appear to be explicitly aimed at children, though the Locus Creative Studio's website puts it in the "family" genre. The plot summary for the "parody" film, also on the website, advertises a more positive theme:

A normal girl born into extraordinary circumstances, she's a princess who doesn't fit into the celebrity world of princesses — or their dress size. She wants to stay true to herself, but Fairy Tale Island is all about looks, so it makes it hard not to want to be like the others. In her quest to find her lost father, she learns not only to accept herself, but celebrate who she is inside and out

The trailers that have been released, however, seem throw this positive spin into question.

In the first of the two trailers, a dwarf literally throws the princess around, trying to take her shoes. In the second, two dwarfs secretly watch from under a table as Snow White comes home and undresses.

While the film does not have a release date yet, the poster simply says, "2018, coming soon."

Update: Speaking on behalf of Locus, "Red Shoes and the 7 Dwarfs" producer Sujin Hwang released this statement to Salon:

As the producer of the theatrical animated film “Red Shoes and the 7 Dwarfs”, now in production, Locus Corporation wishes to apologize regarding the first elements of our marketing campaign (in the form of a Cannes billboard and a trailer) which we realize has had the opposite effect from that which was intended. That advertising campaign is being terminated.

Our film, a family comedy, carries a message designed to challenge social prejudices related to standards of physical beauty in society by emphasizing the importance of inner beauty. We appreciate and are grateful for the constructive criticism of those who brought this to our attention. We sincerely regret any embarrassment or dissatisfaction this mistaken advertising has caused to any of the individual artists or companies involved with the production or future distribution of our film, none of whom had any involvement with creating or approving the now discontinued advertising campaign.

Chloë Grace Moretz also responded with this series of tweets: