Hate is alive in America — and it's tearing us apart

From the Portland martyrs to racist graffiti on LeBron James' home, the escalation of racial hatred must be stopped 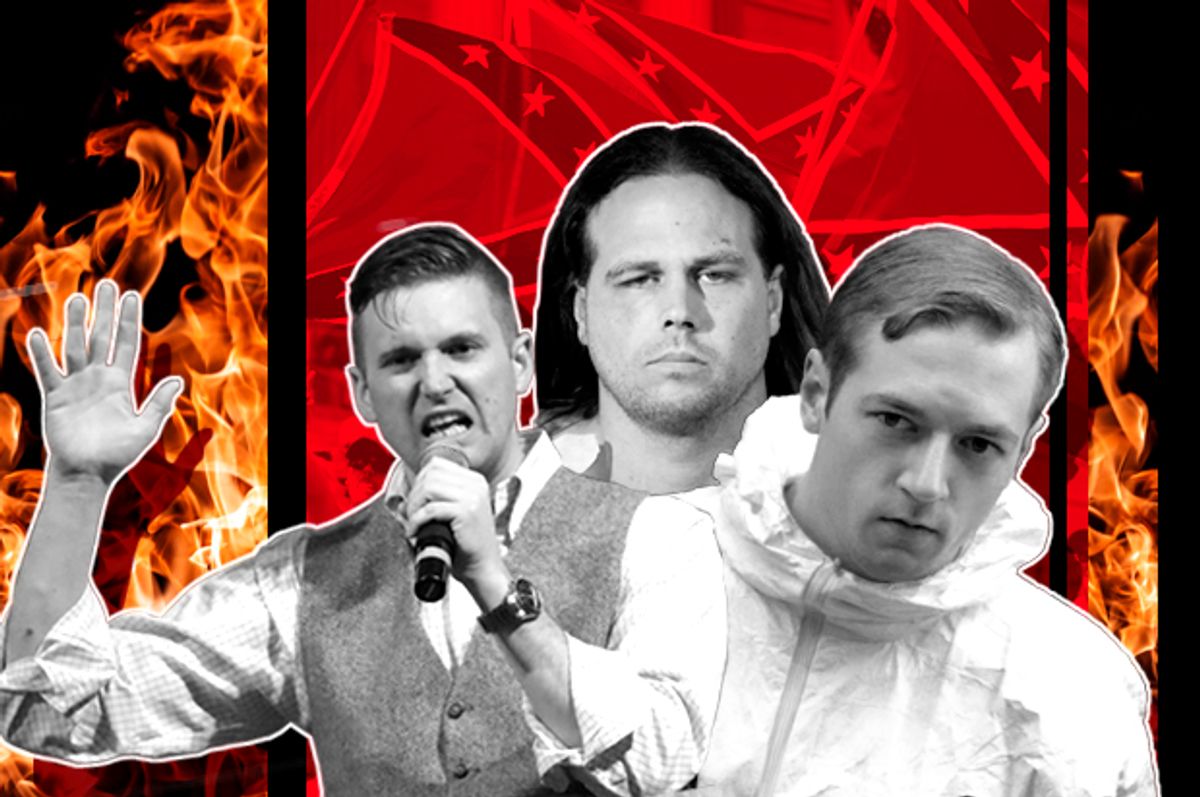 “Racism doesn’t really exist anymore, and I know this because we elected a black president!”

“Trump is just having fun at these rallies; it’s not that serious.”

These are comments that people have said to directly to me, that I’ve heard on television and have read on social media. Within the last few months our country has suffered from a series of blows directly connected to racist people's efforts to promote white supremacy. On March 20, James Harris Jackson, a white man, confessed to killing Timothy Caughman before saying, “I’ve hated black men since I was a kid. I’ve had these feelings since I was a young person. I hate black men,” and then shared his plan to murder black men.

On May 13, white nationalist Richard Spencer led an unsuccessful torch-bearing rally in Charlottesville, Virginia, protesting the sale of a Confederate monument. On May 20, Sean Christopher Urbanski, a white man, was arrested for the murder of U.S. Army lieutenant and recent college graduate Richard Collins III, who was black. Urbanski has been charged with first- and second-degree murder and also may be charged with a hate crime.

On May 26, Jeremy Joseph Christian boarded a train in Portland, Oregon, and according to police records, started harassing two young African-American women, one wearing a hijab, yelling, "Pay taxes! Get the f**k out!” and "Go home. We need Americans here!" Christian was confronted by three brave passengers — Taliesin Myrddin Namkai-Meche, Ricky John Best and Micah Fletcher — who tried diffuse the situation. Video from the incident showed Christian stabbing them. Namkai-Meche and Best died from their wounds, and Fletcher was hospitalized.

After being taken into police custody, Christian sat in the back of the police car and proudly said, "I stabbed the two motherf**kers in the neck and I'm happy now."

I don’t expect the current president to properly address the concerns that many Americans have over this climate of racist violence, as many of his supporters cling to the divisive ideologies we saw before, during and after his campaign; the rest of us who aren’t in the top 5 percent, however, are on the ground witnessing this and we need to act. Victims have been white and black. Hate crimes are destroying us all. And now it’s even returning back to the world of sports.

Yesterday, the N-word was discovered painted on the front gate of NBA superstar LeBron James' Los Angeles home. James addressed the issue in a press conference that was supposed to be about the start of tonight’s NBA Finals, where he will be leading his Cleveland Cavaliers against the Golden State Warriors.

“As I sit here on the eve of one of the greatest sporting events that we have in sports, race and what’s going on [in America] comes again,” James said. “If this is to shed the light and continue to keep the conversation going on my behalf, then I'm OK with it. My family is safe. At the end of the day, they're safe, and that's the most important."

"But it just goes to show that racism will always be a part of the world, a part of America. Hate in America, especially for African-Americans, is living every day. And even though that it's concealed most of the time, we know people hide their faces and will say things about you — when they see you, they smile at your face. It's alive every single day,” James continued.

His response was honorable — James has always been the perfect scandal-free family-orientated athlete — and yet it won't matter.

Pay attention to the way that the extreme right is being radicalized; these incidents are popping up every week now, and I fear there are a number of hate crimes out there that aren’t even being reported. We in the media have the responsibility to tell these stories and call the racists what they are. More important, I challenge all citizens to do the same — especially those with proximity to the people on the verge of committing these crimes.

Stop them, teach them that their actions hurt everyone — not just the desired targets. Then get them the help they need to positively move forward. If not, we will keep dying.