After all that, Lawrence O'Donnell is staying at MSNBC

After prolonged negotiations and protests, the popular commentator will remain at MSNBC for "the next couple years" 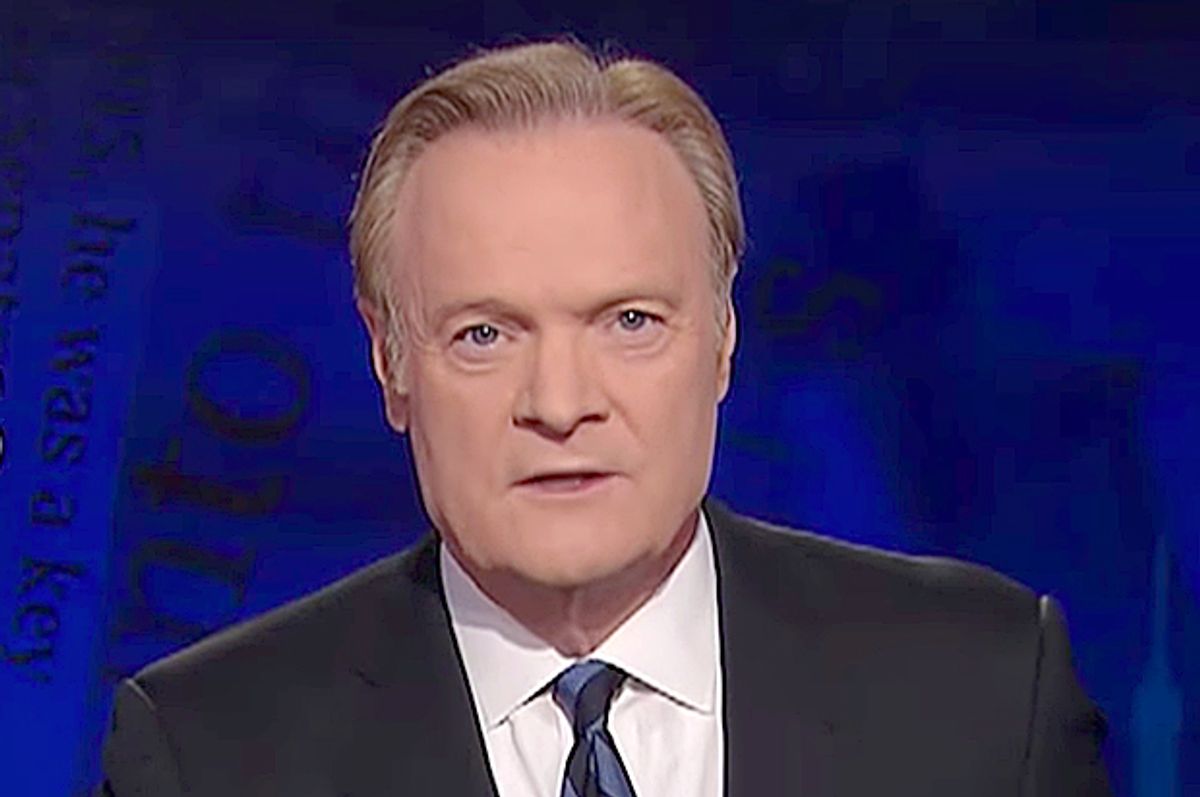 MSNBC host Lawrence O'Donnell will remain at the network — and at his same 10 p.m. ET time slot — the popular liberal commentator announced Wednesday.

The host added a further detail later in the evening on Twitter: "I will be saying hi to Rachel @maddow at 10pm for the foreseeable future," he wrote.

O'Donnell's announcement came after an unusually long period of negotiations with MSNBC during which it was reported that NBC News' chairman, Andrew Lack, had initially tried to move "The Last Word" to 6 p.m. and place his favorite commentator, the disgraced former "NBC Nightly News" anchor Brian Williams, into the vacant spot.

Lack and other NBC higher-ups have also been concerned that MSNBC's left-wing reputation was making it hard for reporters at NBC and MSNBC to cover the news during a time when Republicans control all of the elected branches of the federal government.

To counteract that, Lack has shifted the MSNBC dayside schedule to much more straight-news programming while also hiring a number of conservative commentators and hosts, including former Fox News fixtures Greta Van Susteren and George Will.

The network's move toward the political center set off alarm bells for many of MSNBC's progressive viewers, particularly since the channel's ratings have risen to record heights since the Trump administration has become embroiled in numerous scandals. On most nights, MSNBC's prime-time shows are now more popular than those of Fox News and CNN.

As negotiations with O'Donnell dragged out, fans of his program carried out two separate protests outside of the NBC offices in support of "The Last Word."

Annie Salas, the organizer behind the effort proclaimed victory in a statement to Salon:

I was thrilled to hear and see Lawrence's direct message to his fans. It tells me that although MSNBC is still placing conservative voices on air, the ratings and the fan support for the Rachel and Lawrence prime-time block needed to remain. We may have been a small presence at Rock Center , but MarchforLawrence was a visible stand beyond what a petition or a phone call could accomplish. Success!