Netflix cancels "Sense8," arguably the most progressive scifi show ever

Multiethnic, humane and sex positive, the show is going off the air after two seasons 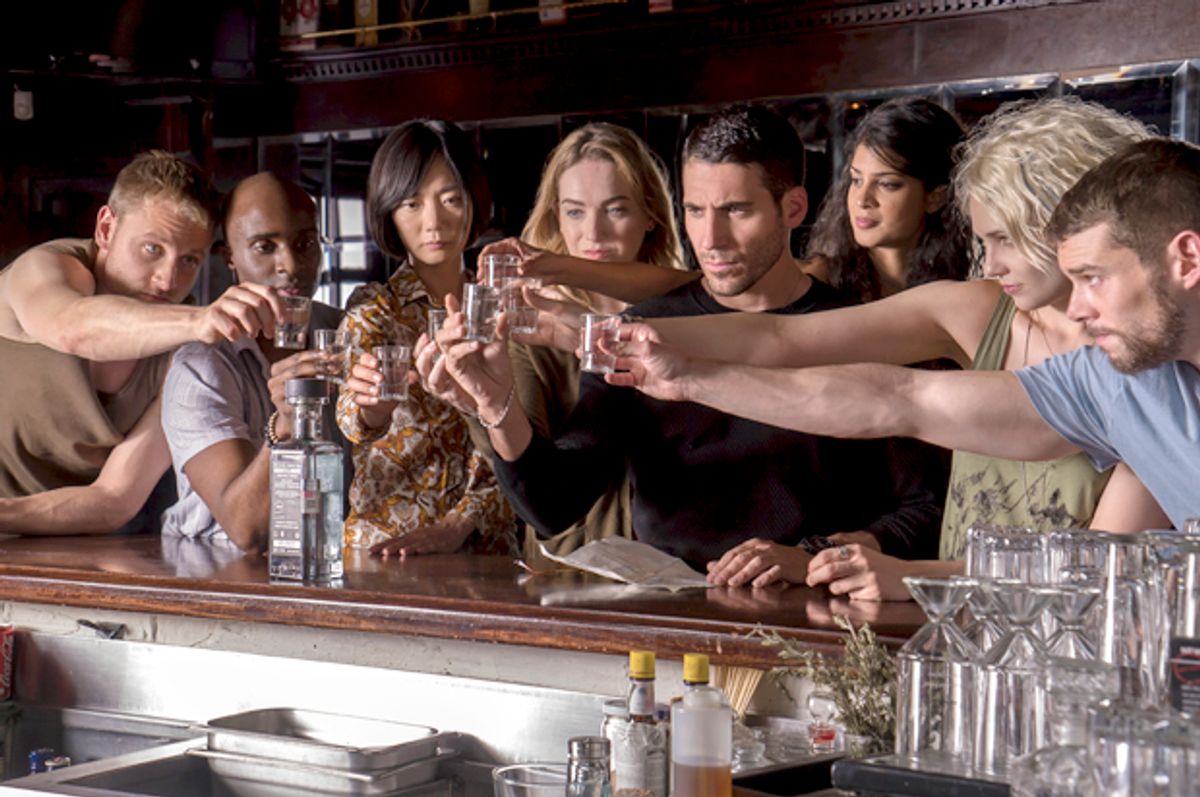 Today the video streaming service Netflix has announced that it has cancelled its scifi show, "Sense8," after two seasons.

After 23 episodes, 16 cities and 13 countries, the story of the Sense8 cluster is coming to an end. It is everything we and the fans dreamed it would be: bold, emotional, stunning, kick ass, and outright unforgettable. Never has there been a more truly global show with an equally diverse and international cast and crew, which is only mirrored by the connected community of deeply passionate fans all around the world.  We thank Lana, Lilly, Joe and Grant for their vision, and the entire cast and crew for their craftsmanship and commitment.

Indeed, "Sense8" had gained a rightful reputation as one of the more "bold" and "unforgettable" premium shows on television due in part to its highly "diverse and international" cast and its willingness to represent progressive ideals and sexual lifestyles rarely seen on screens both large and small.

"Sense8" follows the adventures of 8 people from different cultures and different parts of the world brought together by the same fatal, ominous mental vision. As they draw together and attempt to understand the new psychic link that bonds them, an oppressive organization pursues them.

Interestingly, this narrative not only had characters from diverse parts of the world joining together in person, but attempting to bridge gaps in language, culture and attitudes through various forms of personal and psychic communication. The implications and metaphors for globalism and the idea of empathy and appreciation for everyone's shared humanity overcoming obstacles are hard to miss.

The co-creation of the Wachowskis, of "The Matrix" fame, and screenwriter J. Michael Straczynski, "Sense8" not only offered this strongly progressive message, but perhaps the most racially diverse cast in memory and a sex-charged narrative that embraced issues of queerness, polyamory and other topics with a refreshingly sex-positive spin.

Notably, "Sense8" presented graphic depictions of male homosexual intercourse at a time when networks such as HBO and Showtime are being more forward with what goes on in the bedroom, but often only for straight and lesbian couples.