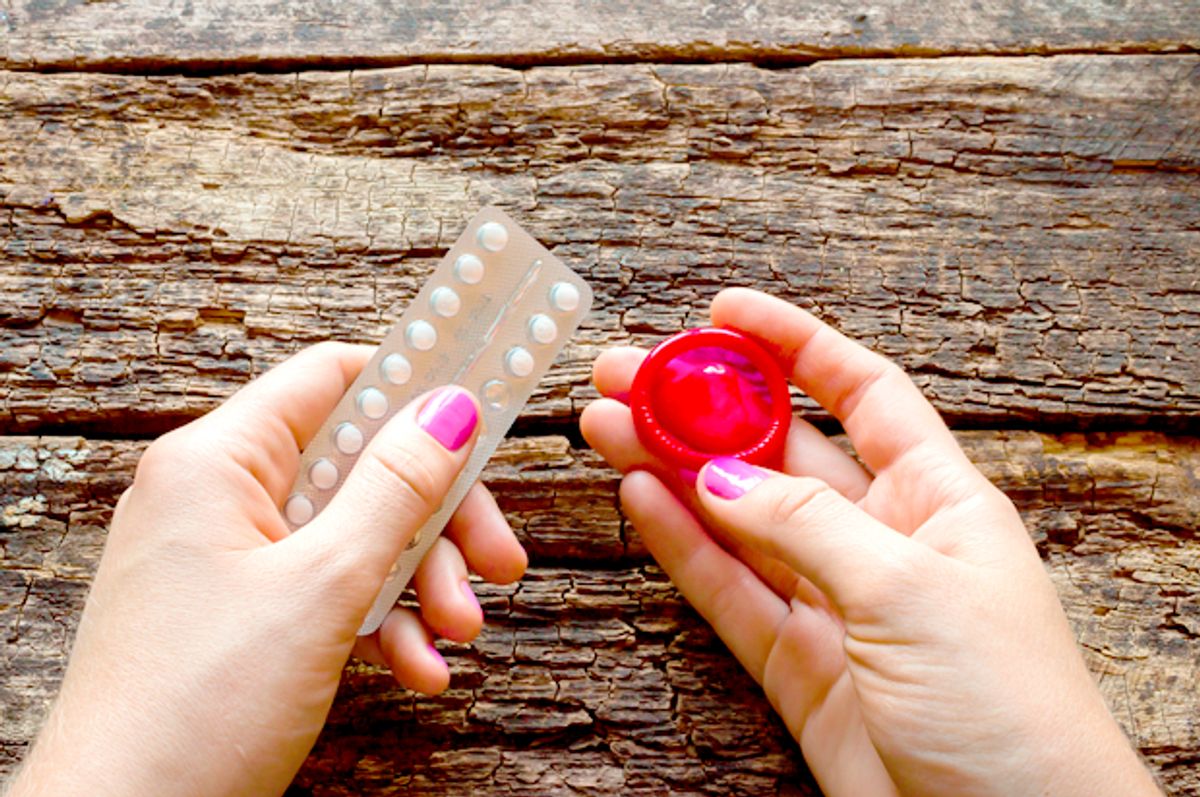 On Wednesday morning Vox published a leaked copy of a proposed regulation that would give employers broad rights to cut off female employees from their current access to contraception. It's important to note that this is just a proposal, and the Trump administration has made a habit of leaking proposed rules and executive orders and then reshaping them in less radical terms after public outcry.

This proposal attacks an existing rule known as the "contraception mandate," which requires federal agencies to include birth control in the list of preventive health care services that the Affordable Care Act calls on insurance plans to cover without a co-pay. This rule, written by the Department of Health and Human Services under President Barack Obama's administration, has long riled religious conservatives, who launched a series of legal challenges to the mandate, arguing that forcing religious business owners or nonprofits to offer health care plans that cover contraception violates their religious freedom.

The Obama administration came up with a compromise: Employers with religious objections could opt out of the mandate, but if they did, the government would step in to ensure that their female employees could receive such coverage from somewhere else. That compromise protected a woman's right to determine for herself what her beliefs about contraception are, instead of having an employer impose them on her.

What the Trump administration has now proposed is letting employers prevent their employees from receiving contraception coverage at all. If an employer thinks only sluts use birth control, he can simply refuse to let a woman's insurance plan cover it — without alerting the government so it can replace the coverage that the boss is blocking. It's a crafty maneuver: Without repealing the contraception mandate outright, Trump would let employers drop coverage without the government replacing it.

“It’s kind of unprecedented that employers can reach into your health insurance this way," Kelly Blanchard, president of Ibis Reproductive Health, said in a phone interview.

"This is singling out a certain kind of health care for special attention," Blanchard continued, adding that it's both intrusive and a violation of the employees' "rights to their faith and their beliefs" about sexuality.

"Religious liberty is not a weapon to undermine the rights of others," said People for the American Way's executive vice president, Marge Baker, in an emailed statement. "And attempting to use it in that way is an insult to true religious freedom."

Some earlier efforts at chipping away at the contraception mandate, including the famous lawsuit Hobby Lobby launched in 2012, involved easily debunked claims about how birth control works. These have included false claims that some methods of contraception terminate pregnancies, when in fact they work by suppressing ovulation or preventing sperm from reaching an egg. It was an attempt to make the anti-contraception argument sound like it's about "life" rather than shaming women for having sex.

The new proposal from the Trump administration largely dispenses with the pretense that this was ever about "life," however. False claims about how contraception works are mentioned in passing, but employers are given broad rights to deny contraception coverage to employees merely on the grounds that they think it's wrong for religious or moral reasons.

If the Trump administration makes this move, it will send a very strong message not just to women of reproductive age but to all people who have jobs working for someone else: Your boss owns you. This goes beyond the issue of who pays for birth control and a long way toward breaking down the boundaries between work life and private life.

“We know access to contraception and planning pregnancies leads to better health of children, better health of women," Blanchard said. "But, of course, even more fundamentally it’s a question of each person being able to control and to have autonomy over their body, their person, their future by being able to decide when and how to parent.”

And it's a clever move by the conservative movement to exploit social anxieties about women's sexual autonomy in this way. Conservatives have long been interested in rolling back workers' rights and giving employers more control over private choices concerning religion and sex. But it's difficult to sell the public on the view that a boss can control an employee's life just because he (or she) pays the salary. Yet there's still so much lingering social anxiety about female sexual autonomy that it has created a political opening, and the Trump administration is taking full advantage.

It's worth noting that contraception use is nearly universal. The Guttmacher Institute's research has shown that more than 99 percent of women ages 15 to 44 who have ever had sex with a man have used birth control. Nearly two-thirds of women of reproductive age are currently using birth control.

But contraception is expensive. Without insurance coverage, many women end up being inconsistent about tapping birth control and may skip months or days of its use because they can't afford it. According to Guttmacher, 95 percent of unintended pregnancies are due to inconsistent use or nonuse of contraception during the time of conception.

"In the last decade, we’ve made important progress advancing the cause of women’s health," Dana Singiser, vice president for public policy at Planned Parenthood Federation of America, said in an emailed statement. "Unintended pregnancy is at an all-time low today thanks in part to expanded access to birth control, an Affordable Care Act provision that saved women an estimated $1.4 billion in its first year alone,"

Not that the folks in the Trump administration care. This move is just the latest in the administration's attacks on women's access to contraception. Trump has already signed an executive order to cut millions of dollars in global aid for family planning services. He appointed a woman who has advocated against birth control use to run the domestic family planning program.

Trump's vice president, Mike Pence, has made curtailing contraception access his life's mission. When he was in Congress, Pence started the Republican crusade to end federal funding of birth control services provided by Planned Parenthood. He is on the record as claiming that condoms don't work. Pence cast the tiebreaking vote this year on a Senate bill opening the door for states to block Medicaid patients from using Planned Parenthood for contraception and other non-abortion services.

This latest move to undermine women's efforts to receive contraception coverage through employer-based health care plans fits into the larger pattern of the Trump administration looking for angles to put affordable contraception out of women's reach. As an added bonus, it may encourage more legal challenges to the right of all employees, male or female, to have a private life without their boss butting in to tell them how to live or what religious teachings to believe.