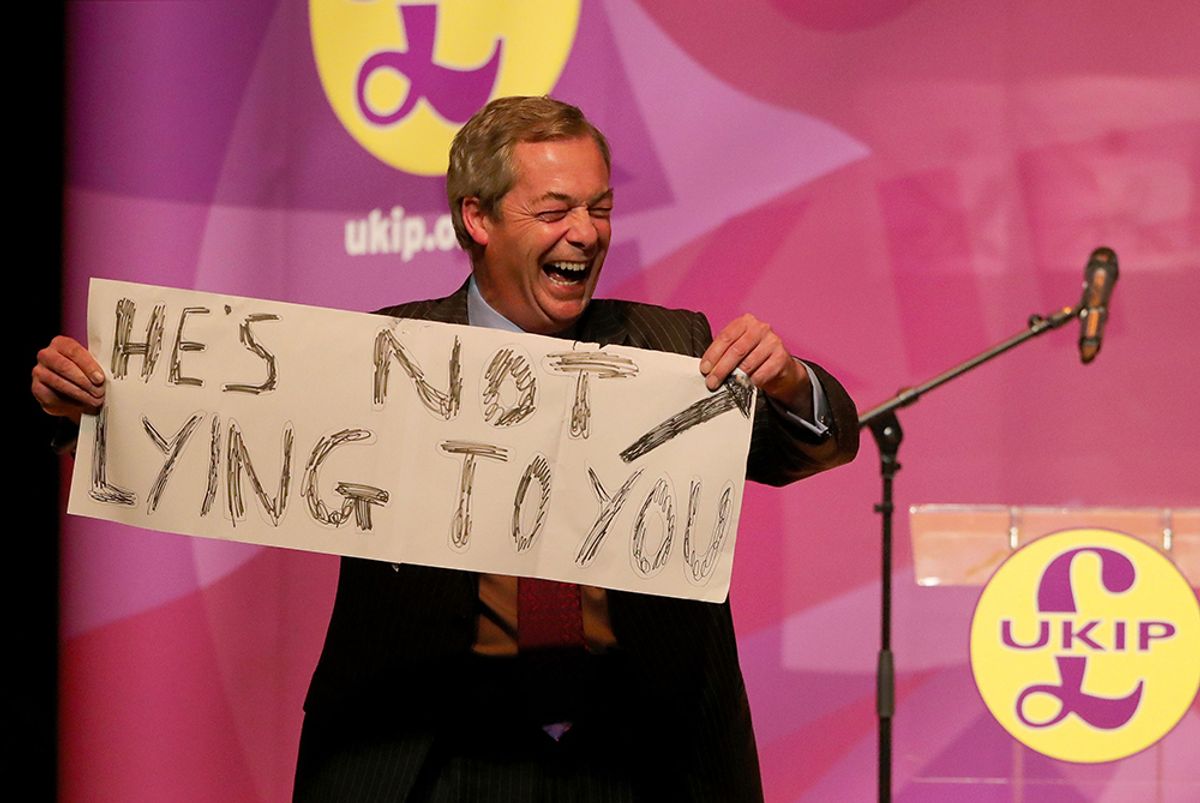 British politician Nigel Farage, one of the architects of an anti-globalist movement that helped propel President Donald Trump's campaign last year, is a "person of interest" in the FBI's probe into Russia election interference, the Guardian reported Thursday.

Sources told the Guardian that the UK Independence Party leader has piqued the interest of the FBI because of all of his ties with the players involved in the investigation.

“One of the things the intelligence investigators have been looking at is points of contact and persons involved,” an anonymous source told the Guardian. “If you triangulate Russia, WikiLeaks, Assange and Trump associates the person who comes up with the most hits is Nigel Farage."

“He’s right in the middle of these relationships," the source added. "He turns up over and over again. There’s a lot of attention being paid to him.”

The Guardian spotlighted the fact that Farage was not suspected of any wrongdoing in the US investigation. Being a person of interest can simply mean that the FBI believes an individual could have knowledge of information related to the investigation.

Farage, who has an open affinity for Russia President Vladimir Putin and WikiLeaks founder Julian Assange, called the Guardian's report "fake news" in a statement.

"In response to the Guardian article, it has taken me a long time to finish reading because I am laughing so much," the statement said. "This hysterical attempt to associate me with the Putin regime is a result of the liberal elite being unable to accept Brexit and the election of President Trump."

Farage then denied in the statement ever traveling to Russia and said that his meeting with Assange was arranged by LBC Radio, a London-based national call-in talk show.