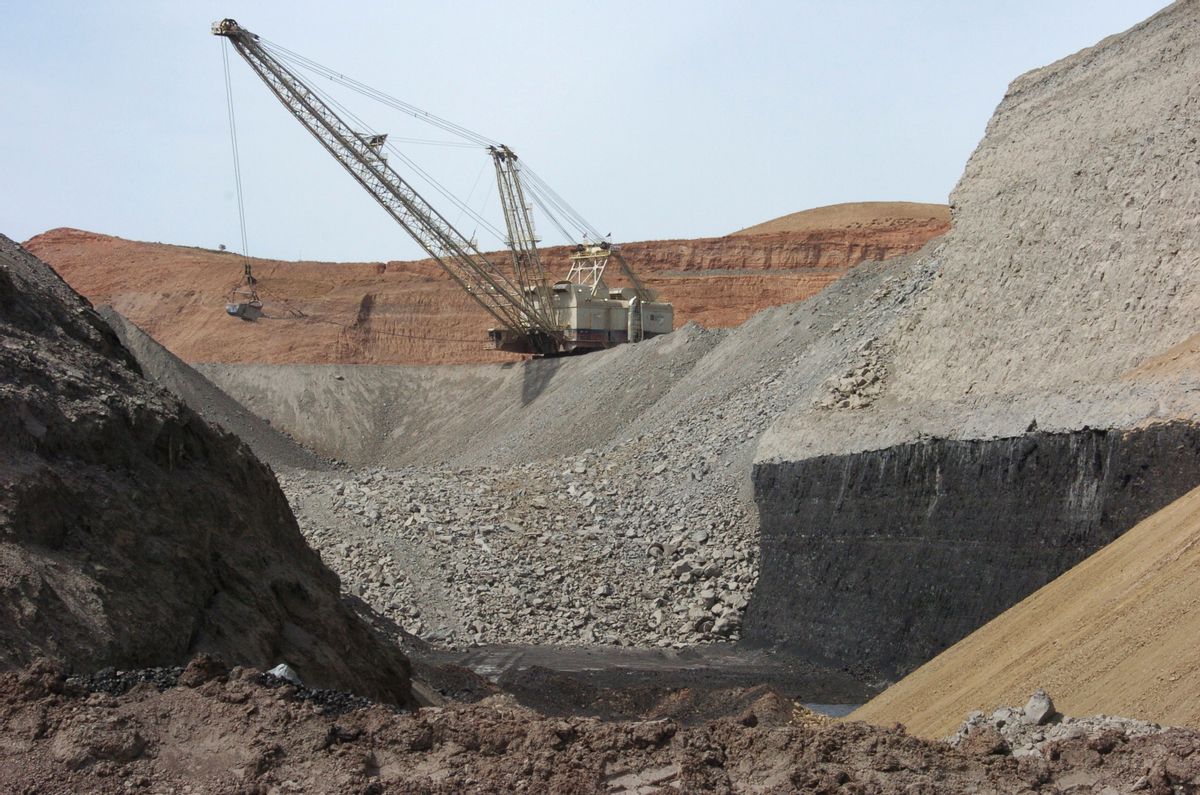 As President Trump announced on Thursday that the U.S. would leave the Paris climate agreement, he repeatedly expressed unwavering support for the coal mining industry. Boosting coal production, bringing back coals jobs, and killing federal climate change programs have been among his top priorities since he took office.

“The mines are starting to open up, having a big opening in two weeks, Pennsylvania, Ohio, West Virginia, so many places,” Trump said in his Rose Garden speech. “A big opening of a brand new mine. It’s unheard of.”

But across the country, coal mines aren’t starting to open as much as Trump suggests, and the industry faces a bleak future as cheap and abundant natural gas, wind and solar power outcompete coal.

“The decline in U.S. coal production is the result of powerful technological and market trends that are unlikely to change anytime soon,” said Jonathan Koomey, an earth systems and energy lecturer at Stanford University. “Cheap natural gas, the rapid decline in the cost of solar and wind generation, and continued flat electricity demand make it next to impossible that U.S. coal production will significantly increase in coming years.”

Last year, U.S. coal production fell to its lowest point since 1978, falling 18 percent in 2016 alone. Electricity generated using coal in the U.S. has fallen 38 percent since it peaked in 2007, according to U.S. Energy Information Administration (EIA) data.

At the same time, coal jobs are up slightly. Nationwide, the coal mining industry employs about 51,000 workers and has added about 1,200 jobs over the last year. Four hundred jobs were added in May, according to a U.S. Bureau of Labor Statistics report issued on Friday.

By way of comparison, the U.S. Department of Energy, which uses a different method to calculate energy industry employment, reported in January that coal production jobs totaled 74,000 by the end of the first quarter of 2016. There were 373,800 solar power workers, 101, 700 wind power workers and about 812,000 oil and gas production workers.

In raw numbers, here’s what the electric power industry’s abandonment of coal looks like: This year, 24 coal-fired electricity generators at 14 power plants in 11 states are expected to shut down, followed by another 22 coal generators in 2018, according to an analysis by the global energy nonprofit Institute of Energy Economics and Financial Analysis, or IEEFA, released in April.

That doesn’t mean the coal industry won’t open any new mines at all in the coming months or years, but they’re not likely to make much of a difference in the long-term prospects of the coal industry, he said.

“The mines that will open are likely to be small,” Sanzillo said. “They face stiff competition from existing players. To me, they are highly speculative investments, more akin to gambling.”

The coal mines that are opening are tiny and many of them will be producing metallurgical coal for the steel industry, not feeding coal-fired electric power plants for utilities. That’s the case for the coal mines in the three states Trump cited.

Pennsylvania will soon see the opening of the Acosta Deep Mine near Somerset, Penn., which will produce 375,000 tons of metallurgical coal annually and employ 70 workers, according to the Associated Press. By comparison, the country’s largest coal mines produce more than 100 million tons of coal each year. Acosta’s operator, Corsa Coal, could not be reached for comment.

In Ohio, the state has granted permits to mine for coal at new and existing sites ranging from less than 20 acres to more than 350. The state granted three companies coal mining permits at nine sites throughout the state since February 2016. One of the permits was issued this year. A spokesman for the Ohio Coal Association said he was unaware of how many mines might open or close in the state this year.

The National Mining Association, which tracks coal mine openings and closures, declined to provide opening and closure data.

None of the numbers regarding openings and closings are likely to matter in the long run because electric power companies are using less and less coal to generate electricity — the primary use of coal in the U.S.

The EIA projects that without any major climate regulations in place, coal production in the U.S. will fall slightly this year, then over the next decade rise to 2015 levels and remain flat through 2050.

The coal industry will have to innovate in order to stage a return to its former status as America’s primary source of electricity, said James Van Nostrand, a law professor and director of the Center for Energy and Sustainable Development at West Virginia University in Morgantown, W.Va.

“There’s going to have to be a technological breakthrough that will dramatically reduce the cost of producing coal,” he said. “The coal guys have spent all their energy whining about a ‘war on coal’ and Obama and the EPA, and they haven’t innovated. Now they’re trying to catch up.”