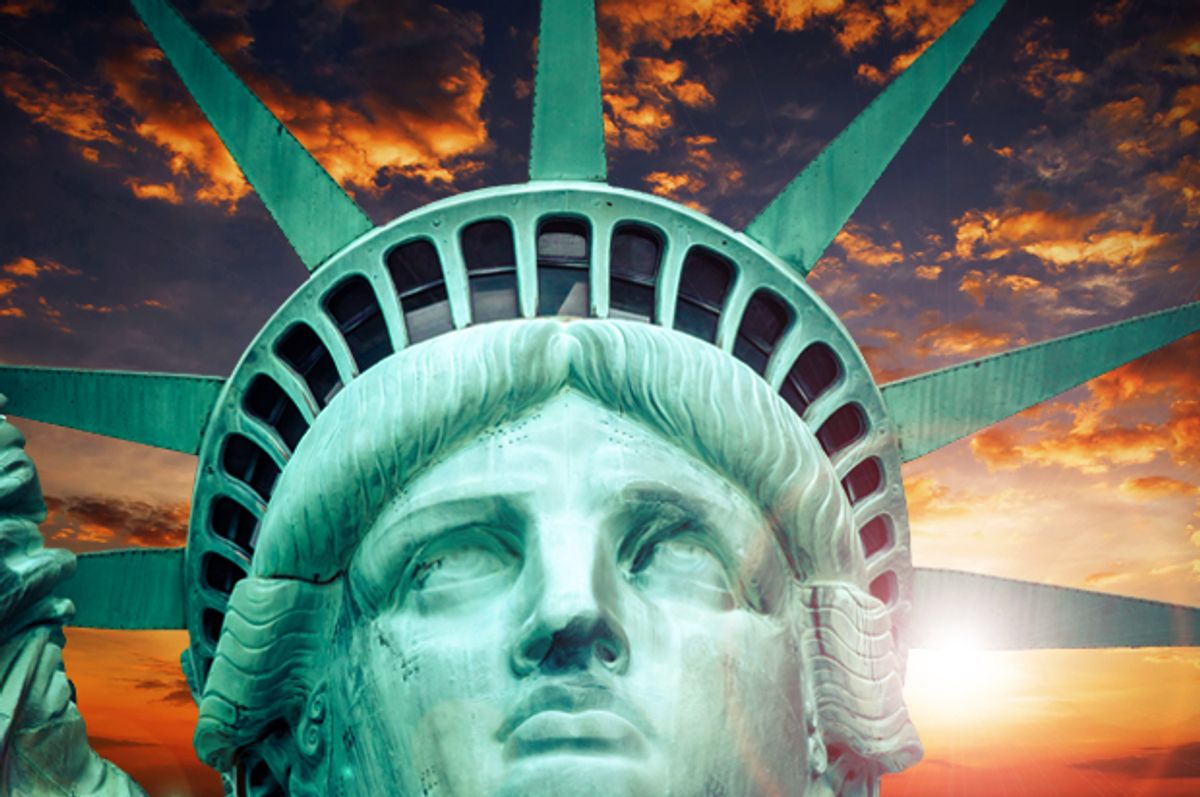 I was only 13 when I first felt like a political outsider. I stood on my family’s balcony, overlooking the central commercial square in Belize City, and watched rioters loot businesses and disrupt the rhythm of life in our otherwise sleepy and idyllic Caribbean home. It was 1981, and Belize was in the final months of its independence struggle. Some were happy with negotiations between Belize and Guatemala, which had long made territorial claims over Belize; others were not. During those weeks of turmoil, I discovered how fragile my parents felt in a country they had made their home. The feeling of not quite belonging is the blessing and burden of millions of immigrants no matter where we are. It’s shaped not only my personal journey, but also my professional life over the last four decades.

My family emigrated from India to Belize in 1971, when I was 4 years old. We had left a city with a population of nearly 6 million people for a city with 125,000 residents, a country where we were in the majority for a new home in which we were a conspicuous minority. A year after we moved, my parents heard of the sometimes violent expulsion of Indians from Uganda by Idi Amin. They lived with caution in their new homeland, fearing a similar fate.

Initially, my parents hoped to build an economic cushion and return to India. But in 1975, when then-Prime Minister Indira Gandhi declared a state of emergency in India, they settled in for the long haul. My father joined the Lions Club, my mother gave birth to her fourth child, and together they built our family’s retail business.

In 1981, when Belize won independence after decades of struggle, the British government gave Belizeans the option of retaining their British passports or obtaining new, Belizean ones. My parents chose the latter, in a show of loyalty and maybe even in an expression of fear.

I grew up in this way — clunky in our patriotism and tentative in our political engagement. When I made my way to America, I brought that baggage with me but also felt the freedom of being a second-generation immigrant. With that freedom, a sense of entitlement overshadows a sense of hesitation. I still often feel like an outsider, but unlike my parents, who accept that as the price of their minority status, I fight it. Not just on my own behalf, but also on behalf of other immigrants like me, for whom America is their chosen home.

Those early years of my life created the foundation for the work I do now — helping to prepare first- and second-generation Americans to run for public office. This work is rooted in my personal journey of negotiating identity and navigating power. This parallel path is the heart of the immigrant narrative, isn’t it? Understanding, loving, being who we are while learning, challenging, exploring how that makes us both powerless and powerful.

In my work at The New American Leaders Project, I search for these answers while attempting to help others find them. I am on the same journey as those we train — leaning into our stories, our power, while recognizing that our fellow citizens are not all ready for these stories, this power. Our signature training targets community leaders who are rooted in movement building, self-aware and ready to be champions for an inclusive democracy.

Over a weekend, we teach three things, rooted in the values of authenticity, inclusivity and accountability. First and foremost, we help them explore their leadership journey, and how it has been informed by their own or their family’s immigration story. With that as a foundation, they are able to craft an authentic stump speech based on the core values that motivate them to run for office.

Second, our training encourages participants to think about how our current political system favors those who always vote instead of opening democracy up to new or low-efficacy voters. Often, these are immigrants or people of color who have not been invited to participate, and by reaching out to them, candidates can be far more inclusive.

Finally, we push back against the message that immigrants are takers, not makers. We suggest that our communities can and should be stakeholders in democracy by contributing to campaigns. This helps ensure that elected officials are accountable to the community, as voters and donors. At its core, our training is about creating a democracy that is stronger because everyone participates.

We know this model works because even in 2016, one of the most hate-filled election cycles in recent memory, 67 percent of our 39 alumni won their races for local and state office in Arizona, California, New York and Michigan. Now, these leaders from the newcomer communities most under attack in our society today — American Muslims, the formerly undocumented, children of refugees — are serving on school boards, city councils and state legislatures.

Among them are Ylenia-Aguilar, who is now a member of the school board in Osborn School District in Phoenix, Arizona. The election that brought Ylenia to the school board also happens to be the only election in which she’s ever voted. Formerly undocumented, Ylenia, the parent of two boys who attend schools in the district she serves, had only recently become a citizen. She and her boys campaigned by knocking on doors and sharing her vision for schools with the district’s residents. She was the top vote-getter in her election.

She is exceptional, but shouldn’t be an exception. Today, she joins the under 2 percent of local and state elected officials who are Asian American and Latino, the two fastest growing immigrant groups in the country.

America is woefully unprepared for the diversity of its current residents and its future citizens. Our newish nation was designed for the benefit of white men, not to guarantee power and representation to a multiracial polity. Our democratic destiny is far from our demographic destiny. We need to change that.

Our democracy is stronger when everyone participates. No one knows that better than San Jose City Council Member Lan Diep, the son of political refugees from Vietnam, who lost his first election by 13 votes, ran the following year, and won by 12 votes.

Our policy is better when it reflects the needs of all Americans. That’s why Arizona State Rep. Athena Salman, another one of our graduates, read a humanist prayer on the House floor, asserting that “We come from a variety of backgrounds and interests, but the passion that ignites us; the fire that burns within us; is similar.”

Our legislatures are more effective when they represent diverse perspectives. Stephanie Chang, the first Asian-American woman in the Michigan House of Representatives, brings her multiple identities as a Taiwanese American, a woman, a mother, and a District 6 resident to the table. That’s why she got 71 percent of the vote in the Democratic primary.

Even with Lan, Athena and Stephanie, we’re nowhere close to where we need to be for a representative multiracial democracy. That could be daunting for some people. For me, it’s motivating.

When I do this work, I am that girl on that balcony in that small country that my parents chose to bring me to, wishing I had a political voice. Like Maria Cruz Lee, a recent participant in our program, who never thought she’d say, “One day, I’d vote for myself,” I stand on the shoulders of my ancestors who felt silenced by fear. Our journey has been long, and there is a ways to go. But we are fueled by what New York City Council Member Carlos Menchaca calls our immigrant heart. A heart that is strong, open and unstoppable. A heart as American as any other.

Sayu Bhojwani is the author of "People Like Us: The New Wave of Candidates Knocking at Democracy's Door" and founder and president of New American Leaders.