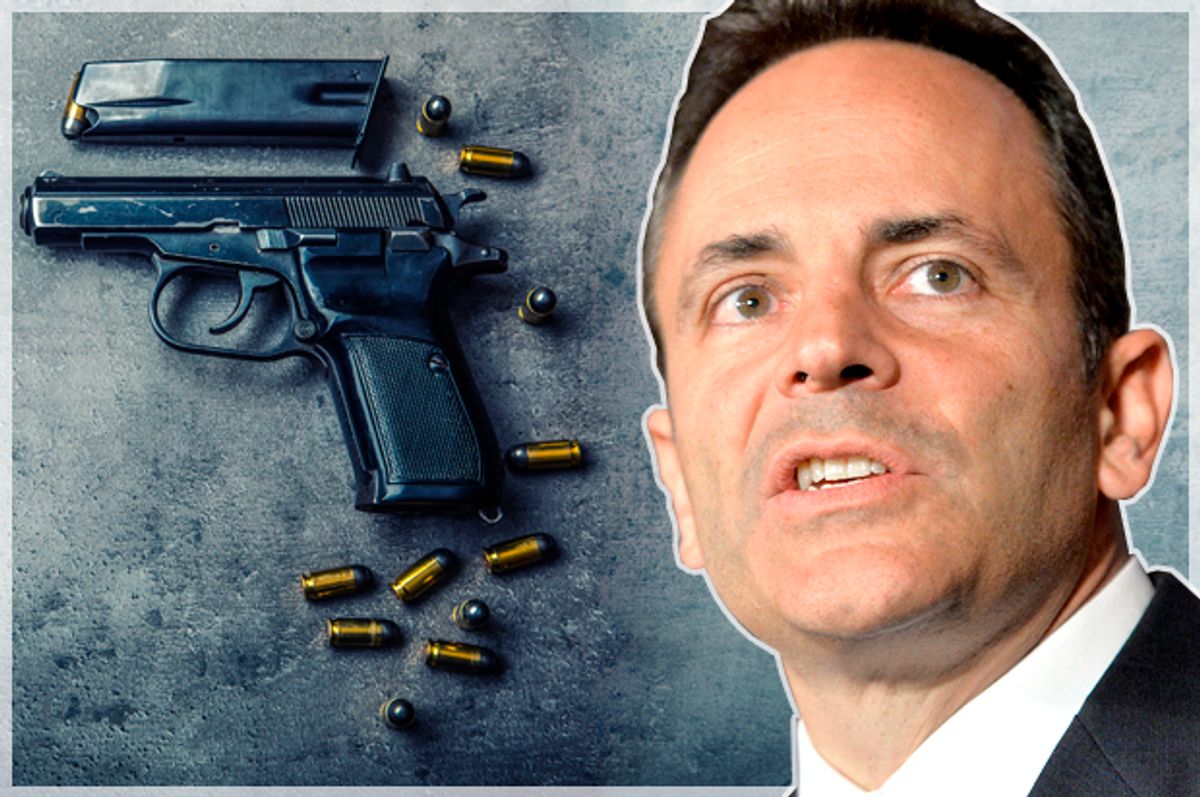 Kentucky Governor Matt Bevin announced one part of a much-anticipated anti-violence initiative for Louisville on Thursday, and it involves a lot of community participation. That participation just so happens to be community prayer.

Bevin announced that his anti-violence plan will involve encouraging prayer-groups to patrol certain blocks in the West End area of the city, several days a week, every week for a year.

The groups will consist of three to 10 people, and will commence nightly at 7 p.m, according to the Louisville Courier-Journal. The groups will make their way through the city streets, praying as they walk.

The plan had mixed reactions.

“The only thing I wish was present was a barf bag in front of my seat so I could throw up," Rev. Clay Calloway of the West Louisville Ministers Coalition told Fox News. "Otherwise, I might have stayed a little bit longer."

"It doesn't matter if it's practical or not,"Micheshia Norment, whose 7-year-old son Dequante Hobbs was killed by a stray bullet last week, told the Courier-Journal . "It won't bring my son back."

Louisville has seen a spike in gun violence, the Courier-Journal noted:

In 2016, Louisville experienced its most bloodshed since at least 1960, with 118 homicides investigated by Louisville Metro Police. There were 124 homicides total in Jefferson County, and more than 400 people were shot.

Just five months into 2017 there have been 52 criminal homicides countywide, including 50 investigated by Louisville Metro Police, putting Louisville on pace to surpass last year's totals. There had been 145 people shot in Louisville in the first four months of 2017, four less than the same period last year.

Bevin made it clear that the prayer patrols were just the beginning of his plan, not a single solution, and that it was in no way supposed to replace the economic and political solutions to ridding the city of crime.

"All that must continue," he said. "But the point of today was to talk about something that wasn't financial."

No matter your stance on Bevin's anti-violence plan, at least it's better than what they've got going on in Pennsylvania — where they want gun owners to be a protected class.

Or in Georgia — where they're letting people bring concealed weapons to college tailgates.