The band has just released "I Promise," a "OK Computer" rarity available on the forthcoming reissue "OKNOTOK" 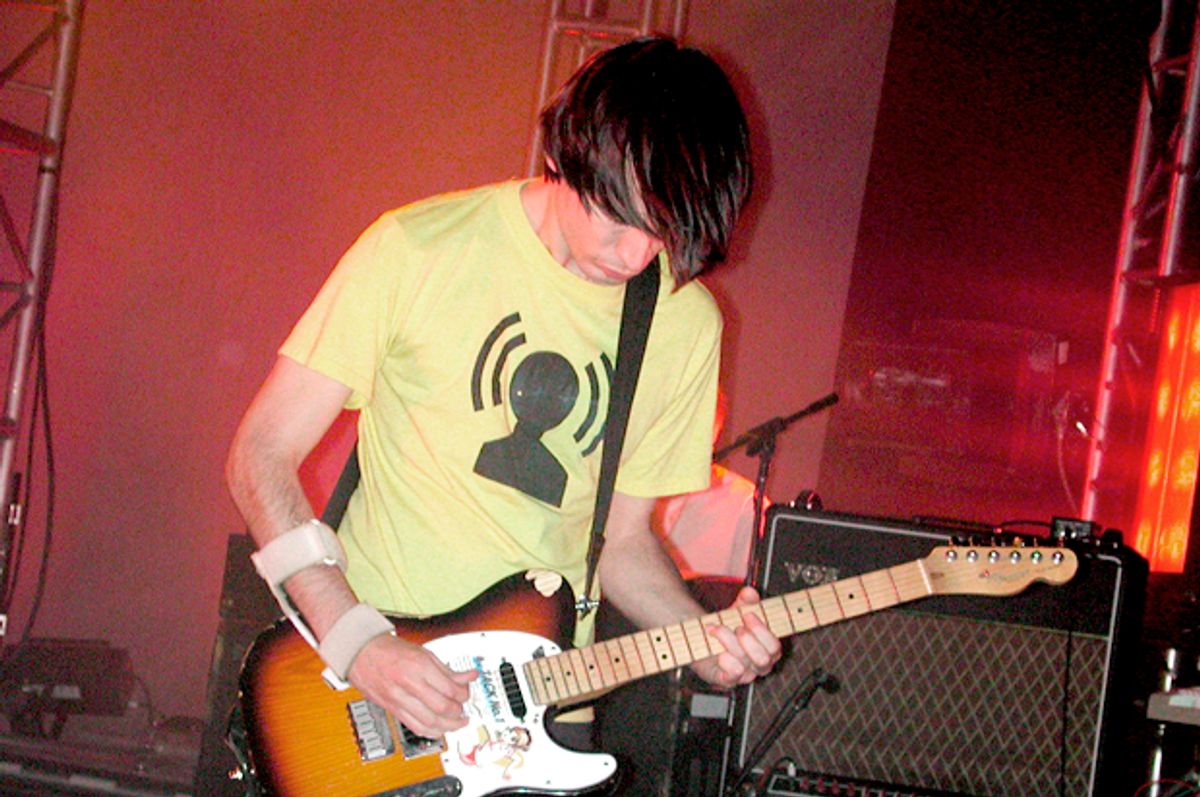 Yes, indeed, it's been just about 20 years since the iconic British alt-rock band Radiohead released their watershed album "OK Computer". You're old.

With memories and backward-looking thinkpieces bubbling up all around, the band itself is indulging in a bit of nostalgia via a commemorative reissue of the seminal album called, charmingly, "OKNOTOK".

On top of a remaster of "OK Computer", "OKNOTOK" will come with a few delicious rarities from the era, including unreleased tracks "Lift" and "Man of War," as well as 8 B-sides, all of which will be available in digital versions for the first time.

Today, we're getting a first listen to those rarities through the release of "I Promise", a track more intrepid "Radiohead" fans will recognize from late-'90s live performances and a series of off-label, pirated digital transfers floating around on message boards and file-sharing sites.

The band offered up "I Promise" on BBC Radio's "6 Music Recommends" last night, shared it with those who had pre-ordered "OKNOTOK" via its W.A.S.T.E. website, and attempted — with not much success — to stream it via the site as well. Luckily, Radiohead also made public a new video for the 20-year-old track, directed by Michal Marczak.

As you'll see below, it's actually somewhat remarkable how well Marczak's video captures the visual tone of the many other, groundbreaking videos tied to "OK Computer" songs. And, while "I Promise" is indeed a half step below the quality and ingenuity of the tracks that actually appear on "OK Computer", it's nonetheless satisfying to return to the lyrical themes and melodic composition style that marked that album and the band's previous releases "Pablo Honey" and "The Bends".

"OKNOTOK" will be available June 23.