Yes, unemployment is lower than before, but there are reasons to worry about the economy 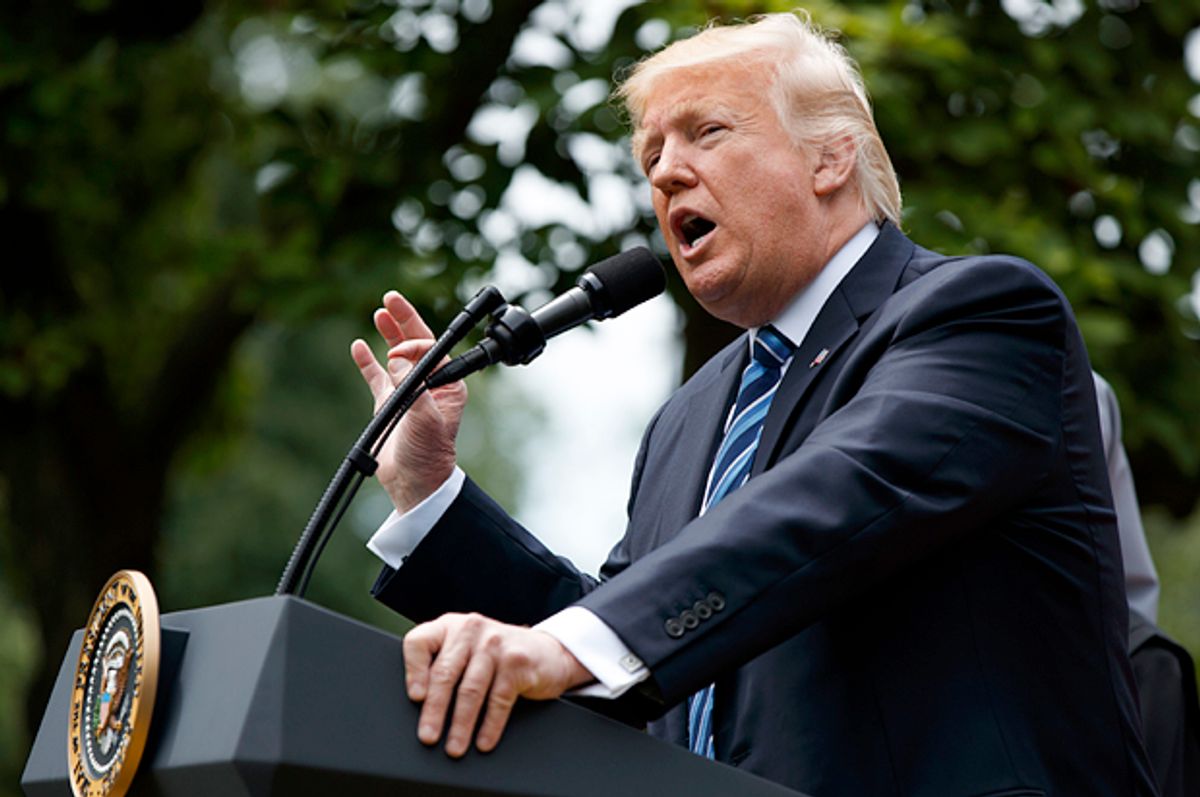 Economists had expected a gain of about 185,000 new jobs in May, but a report from the Bureau of Labor Statistics published on Friday showed that the U.S. economy only added 138,000 jobs. Following sizable revisions downward in the March and April jobs reports, it may be time to suggest that President Donald Trump’s campaign promise to bring jobs back to the U.S. has disappointed.

As recently as Thursday, Trump said that a million jobs were created since he took office. But U.S. employment growth is actually slowing. While the unemployment rate fell slightly to 4.3 percent, that drop is more accurately a reflection of a weakening job market. The labor force participation rate fell 0.2 percentage points — to 62.7 percent — and the employment-to-population ratio also fell 0.2 percentage points, suggesting that would-be workers are leaving the workforce after failing to find suitable employment.

Worse yet, while the initial April report said the economy had added 211,000 nonfarm payroll jobs, that figure was revised to 174,000 Friday — a drop of 37,000. And the already disappointing March jobs report saw even further downward revisions, from a gain of 79,000 to a gain of only 50,000 jobs. After Friday’s revisions, the three-month average swooped down to 121,000 — far lower than previously reported.

On top of the disappointing jobs figures, a separate report released on Friday pointed to the widest trade gap since Trump took office. The Commerce Department said the U.S. trade deficit rose in April to the highest level since January, which could not only bring down second economic quarter growth but is also anathema to Trump’s stance on trade. Already this year, the trade deficit is up 13.4 percent from a year before to $186.6 billion and the deficit in goods with China rose by 12.4 percent to $27.6 billion in April.

According to the government’s figures on gross domestic product during Trump’s first few months in office, trade actually contributed very little to first-quarter growth after subtracting the nearly 2 percentage points growth from the final three months of Barack Obama’s presidency. The trade figures also include annual revisions for 2014 through 2016, which was revised up 0.8 percent.

"It is abundantly clear that we have a ways to go before we reach genuine full employment — where workers including young and old, and workers of all races can fully benefit from the economy," said Elise Gould, senior economist at the Economic Policy Institute, a liberal think tank in Washington.

"Despite this, the Federal Reserve is widely expected to raise rates when it meets later this month," she said in a statement. "This would be unfortunate, as the costs of prematurely declaring full employment and slowing the recovery far exceed the costs of waiting to restrain growth and allowing some wage and price inflation."

According to a survey by the Financial Times, however, economists expect the Federal Reserve to remain undeterred from a June rate rise.