After saying that a Russian may have hacked the DNC, Vladimir Putin says there's no evidence one did 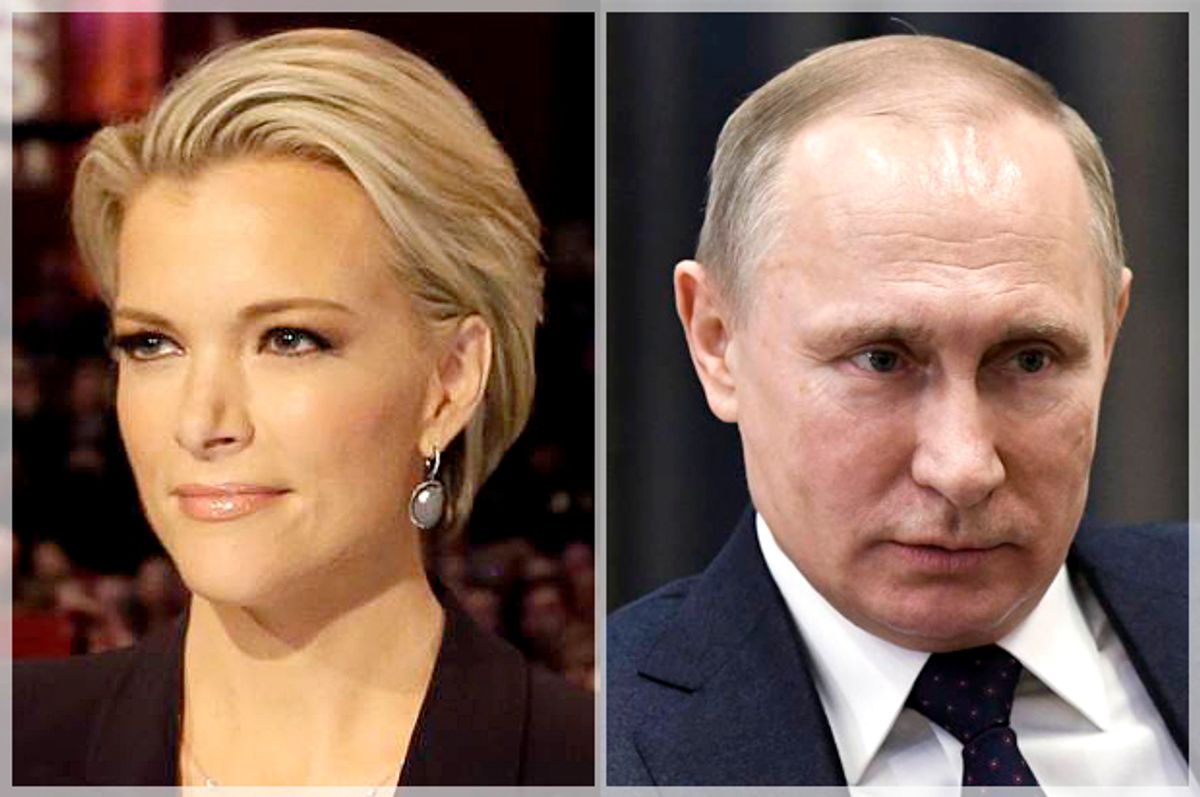 Vladimir Putin told NBC's Megyn Kelly on Friday that U.S. interest in Russia's alleged involvement in the presidential election amounts to "hysteria" that was comparable to anti-Semitism.

Speaking in his native Russian at a panel in St. Petersburg on Friday, a fiery Putin addressed the hacking controversy that has engulfed American politics the past few months.

The Russian president seemingly backtracked his claim earlier this week that the hacking of the Democratic National Committee emails could have been done by overzealous Russian citizens who acted on a sense of patriotism. Putin told Kelly that no evidence firmly pins a Russian national to the cyber theft.

Putin tells @megynkelly "a 3-year-old can perpetrate such an attack" on US election hacking allegations https://t.co/u0OhmosP7H

"What fingerprints? Whose fingerprints? What are you talking about? IP addresses, they can be invented," Putin said to Kelly on Friday. "The specialists can fix it up. A kid of yours can understand it. Your girl that is three years old could perpetrate such an attack." The Russian president also indicated that he does not understand the fuss around Trump campaign associates communicating with Russian officials. Putin said that any contact with the Trump campaign was innocuous and merely designed to set up a blueprint for U.S.-Russia relations once Trump became president.

Putin on alleged meetings between Russians and Trump aides: "I had never known... about anyone meeting anyone" https://t.co/8VfAj820Wb

"It's surprising," Putin said of the growing scandal in the U.S. "This is some sort of hysteria. This hysteria never seems to stop. Maybe someone has a pill to cure this hysteria."