Clinton points fingers at Comey, the Russians and the media. But her inability to look in the mirror says it all 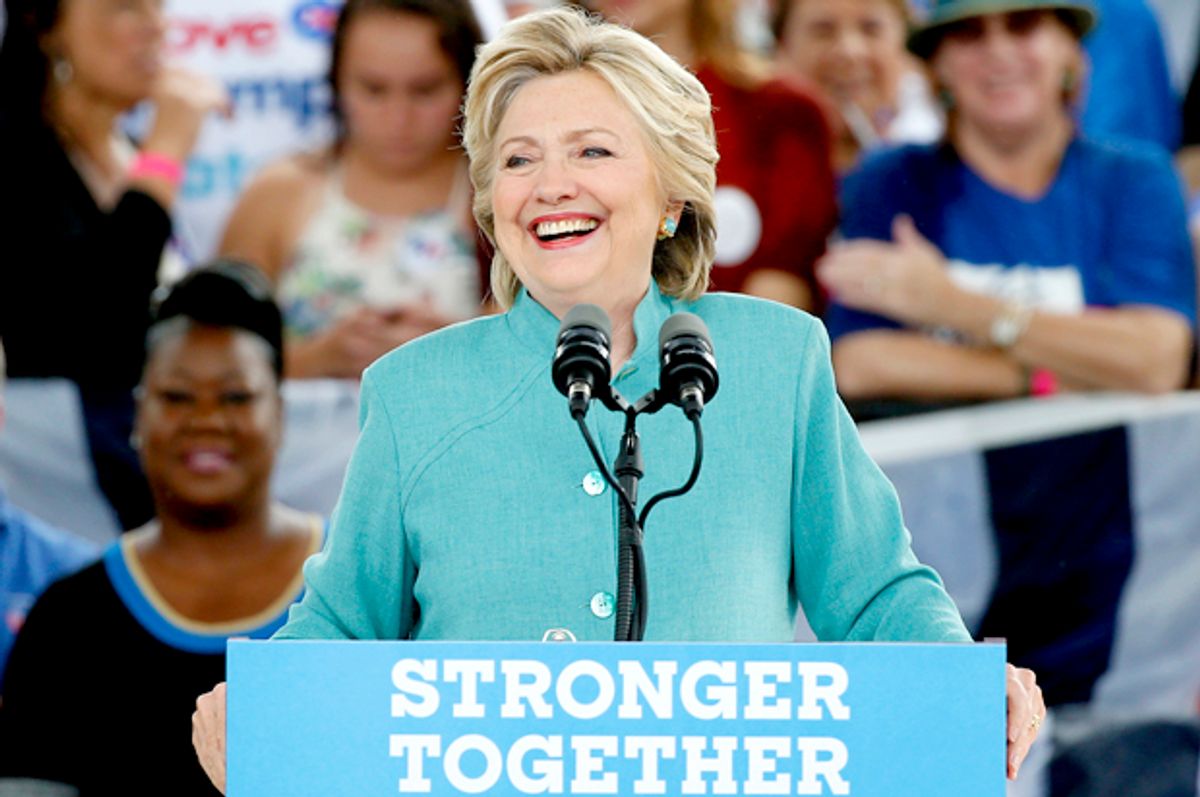 Even six months after the election, Hillary Clinton is still loath to admit fault for her loss to Donald Trump last November. That was the key takeaway, at least, from Clinton’s recent appearance at Recode’s “Code Conference,” during which the former Democratic presidential candidate pointed her finger at many people, but never quite herself.

“I take responsibility for every decision I make — but that's not why I lost,” insisted the former secretary of state, who continues to place the majority of blame on former FBI Director James Comey, Russia (read: Vladimir Putin) and the reckless media. Clinton also introduced a few new villains, calling out the New York Times — the paper that originally broke the story about her private email server — as well as the Democratic National Committee, which, according to Clinton, “was on the verge of insolvency” after she won the nomination, and had data that was “mediocre to poor, nonexistent, wrong.”

Meanwhile, Tom Bonier, the CEO of Democratic data company TargetSmart, tweeted that “the data operation Clinton ‘inherited’ was the most robust data operation the DNC has ever seen.” In addition, Bonier continued, the Clinton campaign “was using DNC data throughout the primary. If it was that bad, they knew that for 2 yrs but did nothing.”

Of course, it is possible that the DNC had excellent data but was poorly managed (by Clinton loyalist Debbie Wasserman Schultz, incidentally), and that Clinton was a terrible candidate whose political baggage doomed her campaign from the start.

In other words, the problem wasn’t bad data, as Clinton chooses to believe (on top of everything else), but bad politics.

This point was emphasized in the recent bestseller on the Clinton campaign, “Shattered: Inside Hillary Clinton’s Doomed Campaign,” in which political reporters Jonathan Allen and Amie Parnes document a tension that existed within the campaign between longtime political advisers who approached politics as more of an art form, and “young data warriors” who approached it as something closer to a hard science. The latter group behaved “as though the Democratic Party had come up with an inviolable formula for winning presidential elections,” while the former warned that Donald Trump could defeat Clinton, regardless of the data. The data warriors ultimately won the debate -- and Clinton lost the election. But even if veteran advisers had persuaded the campaign to undertake more traditional forms of electioneering, there would have still been one major, inexorable problem: the candidate.

In the end, myriad factors contributed to Clinton’s defeat — and she is right to point to Comey, the Podesta email hack, “fake news” propaganda and so on. But underlying it all was an uninspiring candidate who made some horrible decisions leading up to her inevitable presidential run.

“We lost because of Clinton Inc.,” a “close friend and adviser” told Allen and Parnes. “The reality is Clinton Inc. was great for her for years and she had all the institutional benefits. But it was an albatross around the campaign.” According to the authors, a number of Clinton loyalists share this sentiment, but the majority remain in denial — or are reluctant to contradict their boss.

It is not particularly surprising, then, that Clinton remains unwilling to accept personal responsibility. In a particularly revealing section of “Shattered,” the authors recount the candidate’s fury with her staff when longshot candidate Bernie Sanders was gaining momentum during the Democratic primaries. But Clinton failed to look at her own flaws — and her sycophantic staff failed to confront her on them. “The one person with whom [Clinton] didn’t seem particularly upset: herself,” write Allen and Parnes. “No one who drew a salary from the campaign would tell her that. It was a self-signed death warrant to raise a question about Hillary’s competence — to her or anyone else — in loyalty-obsessed Clintonworld.”

Shortly after the election, Clinton declined to take responsibility in phone conversations with surrogates and advisers, and one “longtime ally” complained (as quoted in “Shattered”): “She’s not being particularly self-reflective … She wants to make sure all these narratives [i.e., Russia, Comey, fake news, etc.] get spun the right way.”

On Wednesday, half a year after the fact, Clinton continued to drive home these narratives while dismissing valid criticisms of her own actions. When moderator Walt Mossberg asked the former candidate why she decided to give six-figure speeches for Wall Street banks just a year before her presidential run, for example, Clinton could hardly mask her disdain. “Why do you have Goldman Sachs here?” she asked, to which moderator Kara Swisher replied, “because they pay us.” Though this is an obvious false equivalence, Clinton triumphantly retorted that they paid her too.

“And you know, men got paid for the speeches they made, I got paid for the speeches I made,” continued Clinton, implying that she was only criticized for giving $225,000 speeches to the world’s most hated bank before running for office because she was a woman. Apparently Clinton missed the backlash Barack Obama received earlier this year when he agreed to a reported $400,000 payday for a speech — and he isn’t likely to run for office ever again. Even after all these months, Clinton still seems unable to grasp the ethical implications -- or at least the terrible optics -- that come with giving high-priced speeches to Wall Street firms shortly before running for public office.

That, ladies and gentlemen, is why she failed.

Of course, while Clinton’s bad decisions plagued her campaign, the straw that broke the camel’s back was the absence of any real message. As Allen and Parnes observe early on in their book: “Hillary had been running for president for almost a decade and still didn’t really have a rationale … There wasn't a real clear sense of why she was in it.” In running against Trump, the rationale turned into stopping the deplorable demagogue, a strategy that ultimately played into his hands.

Clinton was widely seen as a standard establishment politician without any real political beliefs, running for president simply because she believed it was her turn. The more we learn about her campaign, the more this widely held view seems to correspond to reality.