What's it like living in a commune? A new film explores the trials and travails of communal life 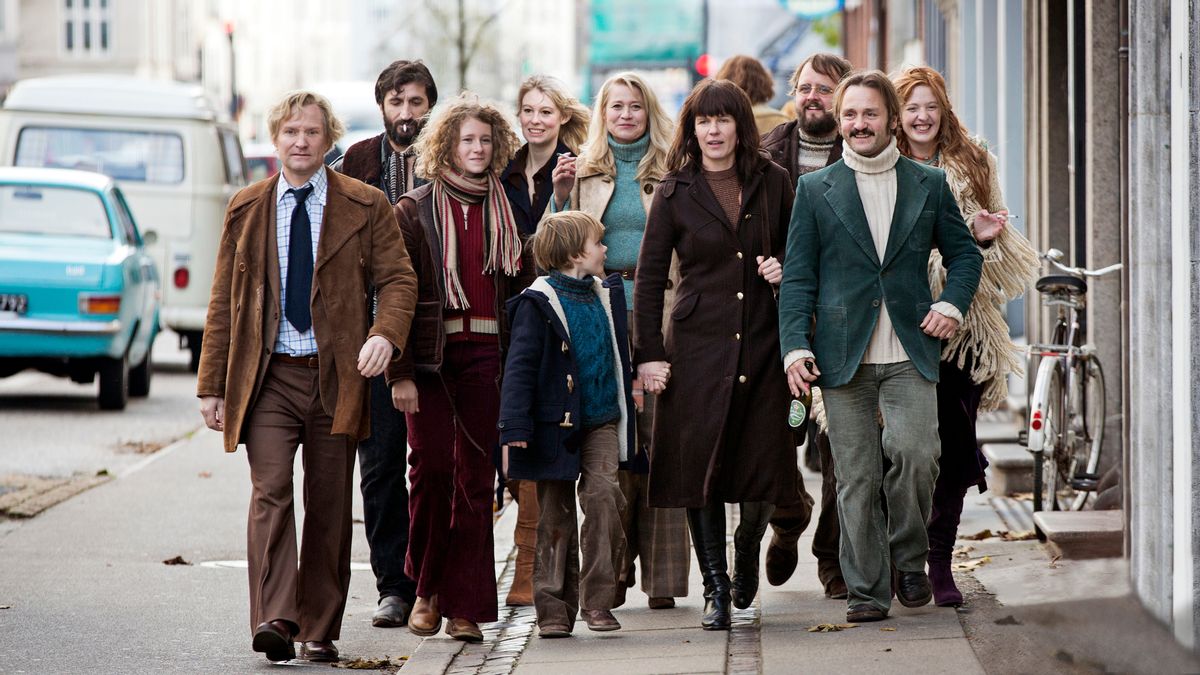 The idea of living communally makes a lot of sense to some people, especially in places where housing is scarce and expensive.  Others living in nuclear families, or on their own, may be hungry for the day-to-day intimacy of collective life.  And  for families raising children and needing help with childcare, communal living can offer significant relief.

In the optimistic and idealistic years of the 1970s, communal houses were established all over the U.S. and Western Europe. Often the impulse to live collectively originated in a political commitment to live on less, to go back to the land or to challenge traditional gender norms.

My commune in Chicago, which considered itself an activist as well as a living collective, included seven adults and two children. We bought a large, old house together, shared our incomes, decided together how the money would be spent and took equal responsibility for the kids and the household. Amazingly, we nine people lived on about $24,000 a year — very modestly, but comfortably. We were mostly in our 20s and felt we didn’t need much.

Film director Thomas Vinterberg, who himself grew up in a communal house in Denmark, recently released The Commune, a drama that explores the fun and sometimes nightmare of building a sustaining community of unrelated adults and kids.

There’s a lot of humor in the film as a motley crew of people is recruited to live in a large, suburban house, and little thought is put into the finances or emotional stability of the potential residents. Most of the energy for the enterprise comes from Anna (Trine Dyrholm), a middle-aged TV broadcaster who explains her motivation for group living this way: “I need to hear someone else speak. Otherwise I’ll go mad.” Her husband, Erik (Ulrich Thomsen), who just inherited the house from his father, is unenthusiastic. You can sense disaster in the making. Or at least I could, having lived through a similar dynamic.

Erik, feeling ignored by his wife, and not joining in the communal comradery, takes up with a student from the college where he teaches. And there the whole enterprise starts to founder.

Anna believes deeply in freedom, while at the same time she wants to preserve her marriage. In service of her goals, she suggests her husband’s new girlfriend move into the commune. Soon jealousy and insecurity undermine her emotional stability, leaving her, the formerly strong center of the house, an emotional wreck. The clash between Anna’s utopian beliefs and her genuine feelings reflects a common obstacle to successful commune life, where sometimes relationships are communalized along with living space and household chores.

The feminist movement of the 1970s did an excellent job critiquing the contemporary American nuclear family, which often exists without the support of other family members living nearby. Today the burden of housework and child-raising, added to the demands of full-time work, routine for even the mothers of infants, can be unbearable. Even a totally supportive husband, who himself may be struggling to make a good living at a full-time job, does not make life easy. Something has to give.

In the 1970s we thought that collective living might be a solution and, for some people, it ended up working well, although my commune was racked by some of the same tensions as the one in Vinterberg’s film. However, if we ever hope to develop alternative family arrangements, we need to know what worked and what didn’t.

Thanks goes to Vinterberg for resurrecting the promise and pitfalls of these communal living experiments, and hinting at how they could have worked out better.