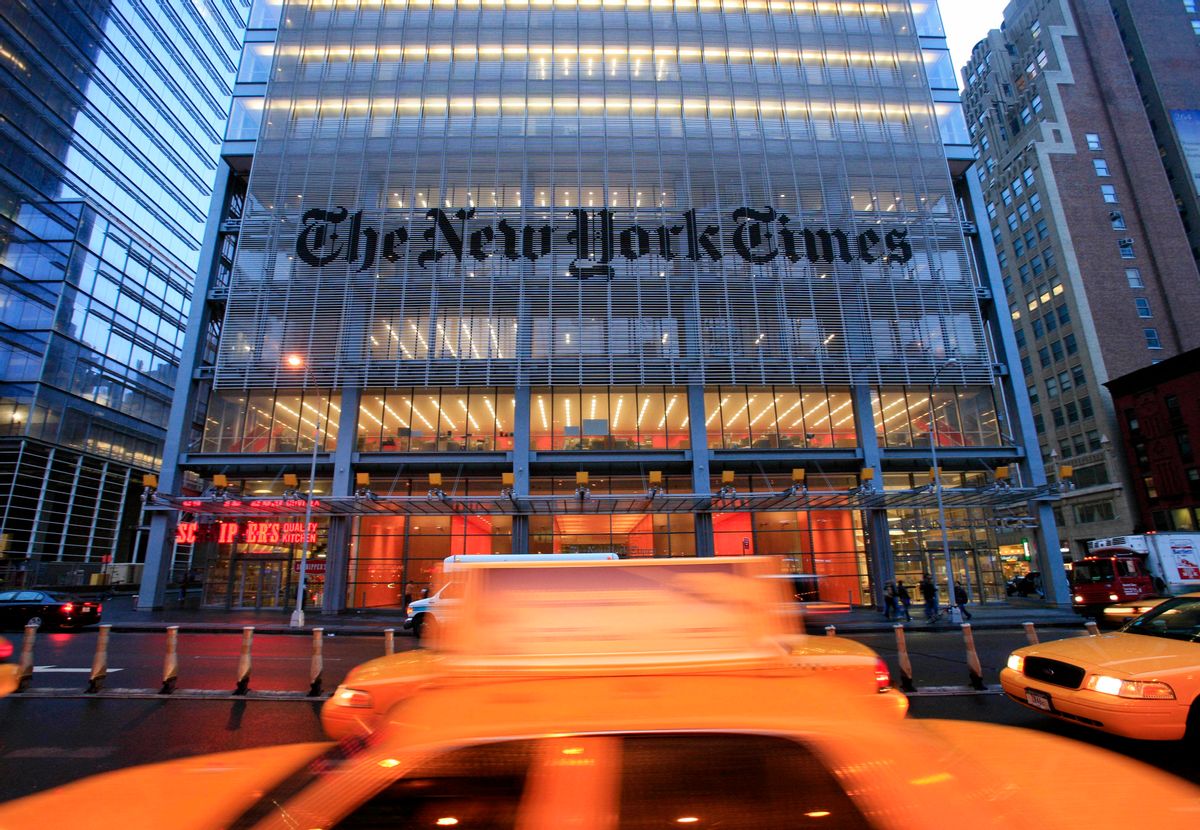 In its quest to find middle-Americans who steadfastly stand by the president, The New York Times double dipped with one Trump supporter while arguing in two separate stories that small business owners were excited with the new administration's direction.

The Times published an article Friday by reporter Landon Thomas Jr. that featured a Louis M. Soltis, a Toledo resident who owns a company that manufactures control panels for large factories.

It was a fairly standard story that readers have seen since President Trump won the election — a singular focus on the views of blue-collar white Americans in the heartland.

“There is a new sheriff in town,” Soltis told Thomas Jr. for the piece. “But the biggest frustration that I have is that there is so much resistance that is keeping him from moving forward.”

Ignoring the debate on the value and utility of these stories, Boston Globe columnist Michael Cohen noticed that there was something unusual about Thomas Jr.'s piece.

Cohen pointed out that Thomas Jr. wrote a similar story on the small-business perspective of the Trump presidency in March.

The article, titled "The President Changed. So Has Small Businesses’ Confidence," also starred Soltis, who was quoted in the piece after talking at a "wine-soaked dinner" with a group of small-business friends in Ohio.

“That guy is a junkyard dog, doing his tweets at 3 a.m. and taking on the news media — I just get strength from him,” Thomas Jr. reported Soltis saying of Trump. “And I have to say, it makes you feel gutsy — ready to step up and start investing again.”

Instead of finding a large, diverse sample of small-business owners that offerred a sensible point of view of entrepreneurs, The Times recycled the same Trump fan to represent a large segment of the population.

To make matters worse, The Times used photos of Soltis as the featured images for both stories.

Good thing The Times has a public editor to address this reporting. Oh, wait.