Because feuding is what the Gallagher brothers do 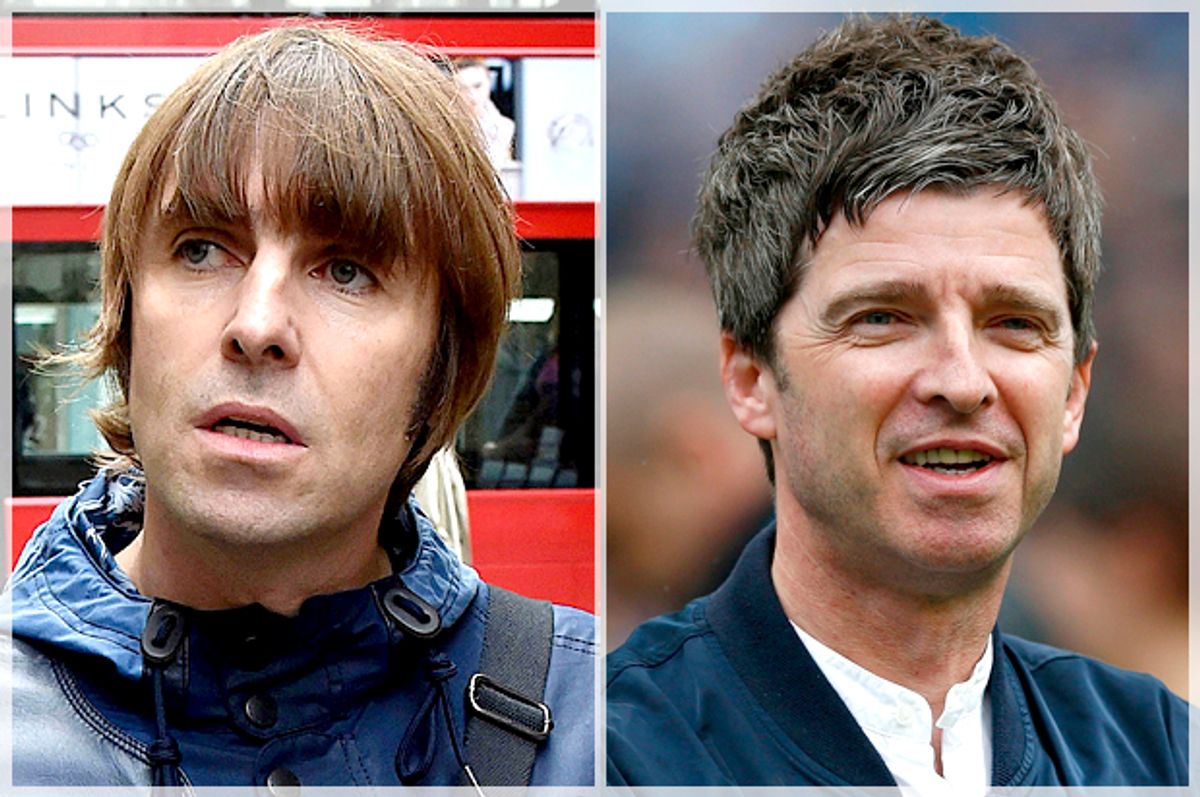 This weekend’s benefit concert for the victims of the Manchester Arena bombing not only gave succor to the survivors and the families of the fallen, but to the whole of the city and the nation traumatized by the terror attack.

Headliner Ariana Grande — whose concert was the one bombed on May 22 in an explosion that killed 23 and injured 119 — brought the audience to tears and screams of joy in multiple songs. Coldplay, Miley Cyrus, Katy Perry, Imogen Heap, Pharrell, Robbie Williams and more sung of sadness and resiliency in duets, covers and reimaginings of their greatest hits. Televised across the globe, the concert became the most watched event of the year and a truly wonderful moment in the face of so much tragedy.

Gallagher made a surprise showing at the concert in his beloved hometown of Manchester, performing classics from his former band, Oasis, including “Don’t Look Back in Anger” and “Live Forever” with Coldplay singer Chris Martin. It was an honestly beautiful moment from the often combative former Oasis frontman and Manchester icon.

Alas, he couldn’t let the moment pass without getting a few in on his former bandmate and estranged brother Noel Gallagher (a.k.a. "rkid") on Twitter.

As those familiar with the turbulent history of Oasis know, Noel more or less jettisoned his brother Liam from the group after a long series of squabbles rooted in substance abuse, crossed priorities and good, old-fashioned sibling pettiness. After parting ways, both brothers have used the media and Twitter to lash out at each other, fists no longer being an option for the estranged pair.

The Guardian notes that Liam has been the one on a tear these days, having recently said Noel “looks like a geography teacher” and other equally unfavorable things despite admitting he would like to be back in Oasis and wishing his brother a happy birthday. As always, good vibes — including those connected to the largest, most tragic terror attack in the history of Gallagher’s hometown — always take second place to immortal beef with these two.

Noel Gallagher has released no response as of this time, and probably shouldn't.