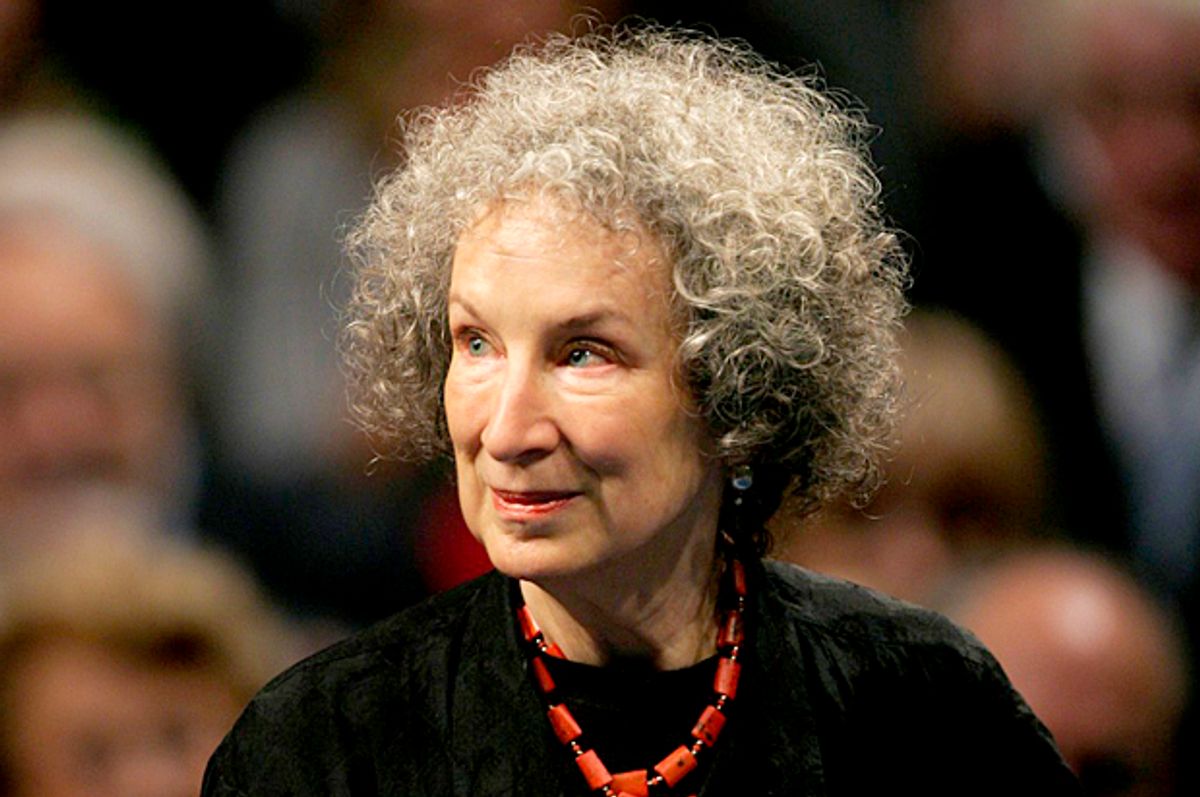 While speaking at the New York City BookCon 2017 on Saturday, author Margaret Atwood made a comparison between legal efforts to restrict abortion and how they could be seen as a "form of slavery" for the women potentially affected by them. While the correlation contains merit, it could also be seen as problematic to some.

Atwood's most famous piece of work "The Handmaids Tale" — which is undergoing another surge of attention as of late having been made into an episodic series on Hulu — centers around a dystopian future in which almost every human right, including the control over whom to have sex with, has been stripped from women. With its focus on women becoming unwilling human incubators for a religious ruling elite, the book has often been seen as offering commentary on the very contemporary debate over abortion rights.

At the conference, a man in the audience asked the author about the overall direction of rights in the U.S. given that,"it's virtually impossible for a woman to get an abortion in the state of Texas." The Texas house recently passed a sweeping anti-abortion bill titled SB8 which is now headed to the desk of Gov. Greg Abbott, who is expected to sign it. The bill "also restricts donations of fetal tissue and cord blood almost a year after the Supreme Court struck down abortion restrictions in a 2013 state law," according to Politico.

Atwood responded to the question by saying: "Sometimes people have to live their dream. So if living their dream means a lot of dead women and orphans, maybe they're going to have to live that dream and maybe they're just then going to have to figure out, 'Who's going to pay for this?'" she asked. "Who's going to pay for the orphans and the dead women, because that's what you're going to have. And I'm waiting for the first lawsuit. I'm waiting, you know, in which the family of the dead woman sues the . . . state and I'm also waiting for a lawsuit that says if you force me to have children I cannot afford, you should pay for the process."

She continued to say that should such bills become the law of the land, the state should foot the bill for prenatal care, the hefty delivery expenses and health care for any unwanted child legally forced into birth. "That's where the concern seems to cut off with these people. Once you take your first breath, [it's] out the window with you. And, it is really a form of slavery to force women to have children that they cannot afford and then to say that they have to raise them."

It almost goes without saying that slavery is heavy idea in the U.S., one with specific historical connotations. Given the great amount of legitimate offense it can and does create, one should always use it with a great deal of care and forethought. Despite its general relevance here, Atwood — who has a reputation of firing from the hip — may have stumbled into picking up the term and running with it. It remains to be seen if there will be any objection to her use of it here.

Whether or not her use of "slavery" was judicious or injudicious, offensive or inoffensive, it nonetheless brings to light an interesting perspective on how the way we talk about abortion rights often downplays the real-life impacts abortion restrictions have had — and could have — on women and children.