Joan C. Williams explains why the 2016 election should be a wake-up call for liberal elites 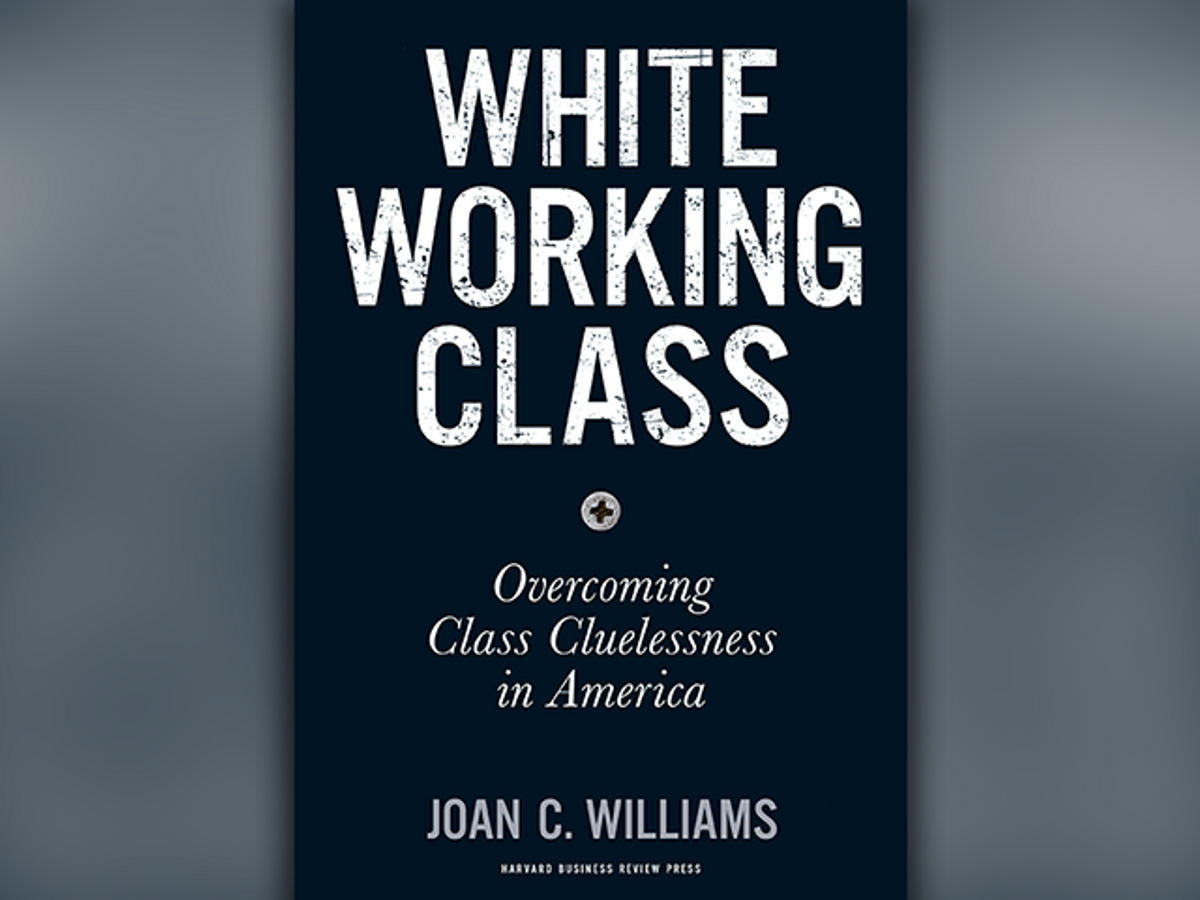 Joan C. Williams, a University of California law professor, has had it with elite condescension toward working class people. In her new book "White Working Class: Overcoming Class Cluelessness in America," she explained that "many people have conflated 'working class' with 'poor' — but the working class is, in fact, the elusive, purportedly disappearing middle class," according to her publisher Harvard Business Review Press. During a recent episode of "Salon Talks," she shared why blue-state liberal America needs to change its political thinking toward this important demographic group.

"When the Democrats carried the white working class, they did so because the Democrats were focused on good jobs for a very broad range of Americans that yielded their version of a solid, middle-class life," she said.

"Democrats have . . . gone away from that on to other issues," Williams added.  It's critical "to recognize that these jobs are important not only to the white working class; they're important to working-class [people] of color; they're important to low-income people." And "we've been offering them sympathy and social programs," said Williams, even as she said she identifies as a Democrat and supports such programs. "But what they really want is respect and solid middle-class jobs."

Williams offers tough love for everyone who was surprised by the presidential victory of Donald Trump and thinks it was an anomaly. "Trump is absolutely brilliant at channeling the fury of the white working class," she said. "He shares their fury at elites."

She was quite certain of the lessons her research holds for those hoping to reach out to the working class for a different type of result: "Unless you put good jobs for noncollege grads at the center, the Democrats are going to continue to lose. Two-thirds of state legislatures now are in the hands of Republicans," Williams said. "We're not doing great on the federal level either."

The messaging approach of progressives need to change as well, she asserted. "Climate change progressives have framed [it] as either you believe in climate change or you're a stupid, ignorant peasant who is a climate denier," she said.

"That basically is the process of class cluelessness or class condescension," she said. "What Democrats should be doing on climate change is getting down on the ground with farmers and talking about how they have to change what they grow [and speaking] with hunters, who see the environment dying before their very eyes."

Catch more of our conversation about what Williams calls class cluelessness on Salon.