Donald Glover is a brilliant self-cannibalizer 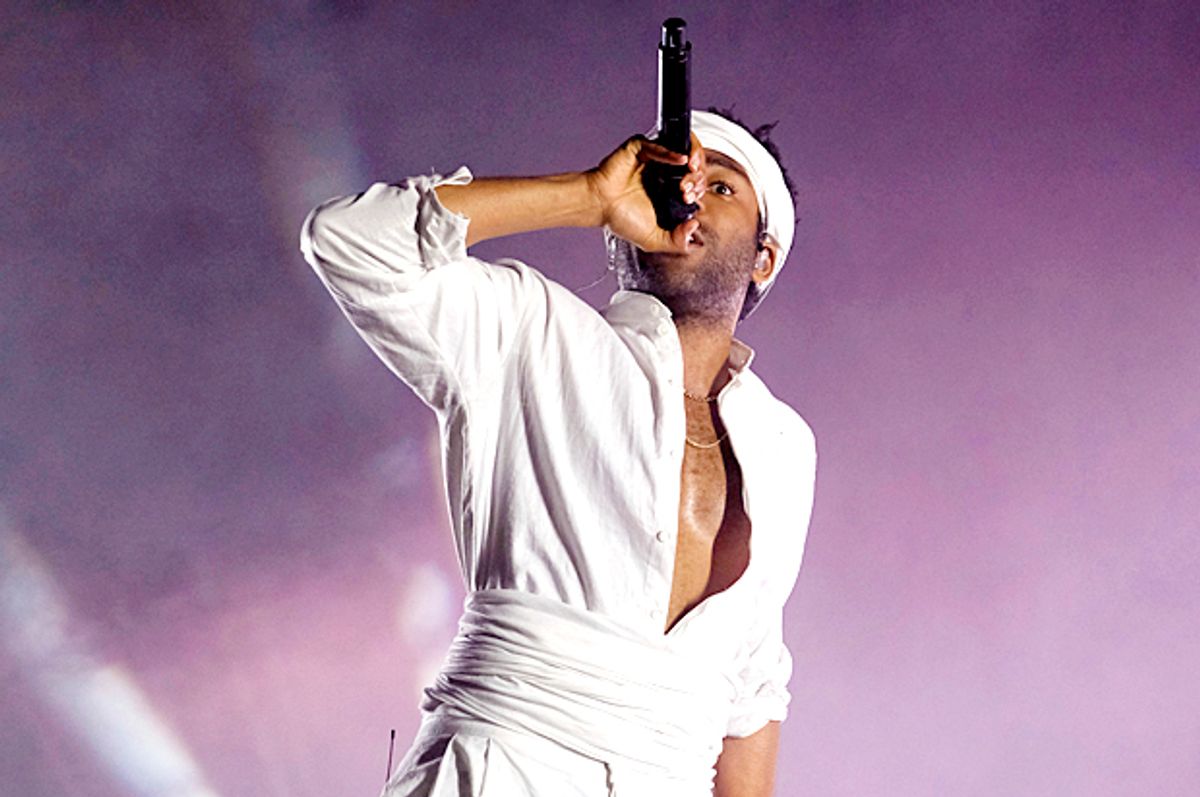 On Saturday night, at the end of a performance at the Governors Ball Music Festival in New York, a shirtless Childish Gambino (Donald Glover) thanked the crowd, expressed his love for New York and then added a cryptic message. “I’ll see you for the last Gambino album,” he said. It took a split second for the crowd, which seemed hypnotized by the indigo lights shining out at it, to register the meaning of the words. But when “last,” “Gambino” and “album” eventually connected in fans’ minds, they cheered wildly.

Donald Glover has yet to clarify, confirm or elaborate on what he meant. Will the 33-year-old jack-of-all-trades altogether stop releasing music after his next album? Will he simply stop recording as Childish Gambino, leaving open the possibility that he would return to music under a different pseudonym? Or was he trolling the internet? Might he have literally meant that he’ll perform his previous album, 2013’s “Because the Internet,” the next time he takes the stage in New York?

Of course, the list of musicians who have retired only to promptly unretire is long and illustrious; it includes, but is not limited to Frank Sinatra, Garth Brooks, Jay Z, Toni Braxton. But if Glover was indeed declaring the end of his career as Childish Gambino, there’s reason to believe he was being sincere. Unlike those other artists, Glover is not foremost a musician; Glover is not foremost anything. Rather, he has harnessed the power of the internet to be everything: comedian, writer, director, actor, musician. If Glover were to cease making music, here’s what he would have to fall back on: a stand-up career, his critically adored FX show “Atlanta” and roles in upcoming blockbusters like “Spider-Man: Homecoming,” “Star Wars” (as the young Lando Calrissian) and the live-action remake of “The Lion King” (as Simba). It’s harder to believe that Glover, who recently became a father, could continue making music than it is to conceive that he would cease doing so.

And yet, in Glover’s long but young career, the end of something is almost always the beginning of something bigger and better. He famously quit a job writing for “30 Rock” to pursue stand-up, music and acting. He found success in all three and joined the main cast of “Community,” playing quirky fan-favorite quarterback turned nerd Troy Barnes. He quit the show in its fifth season only to return to television last year with his own show, “Atlanta,” of which he was the creator and star. Oh, and last year he also released a new Gambino album, which unlike his previous wordy hip-hop work, was a funk record; it was his most critically acclaimed album to date.

So perhaps fans should rejoice at the news that Donald Glover might hang up Childish Gambino. For though “last” usually implies an ending, with Gambino paradoxically the word more often foreshadows a new, bold beginning.