After Paris, it's clear the Trump GOP no longer cares about policies — they're just trolls

Whatever ideas and principles the Republicans once had have devolved into self-destructive, small-minded malice 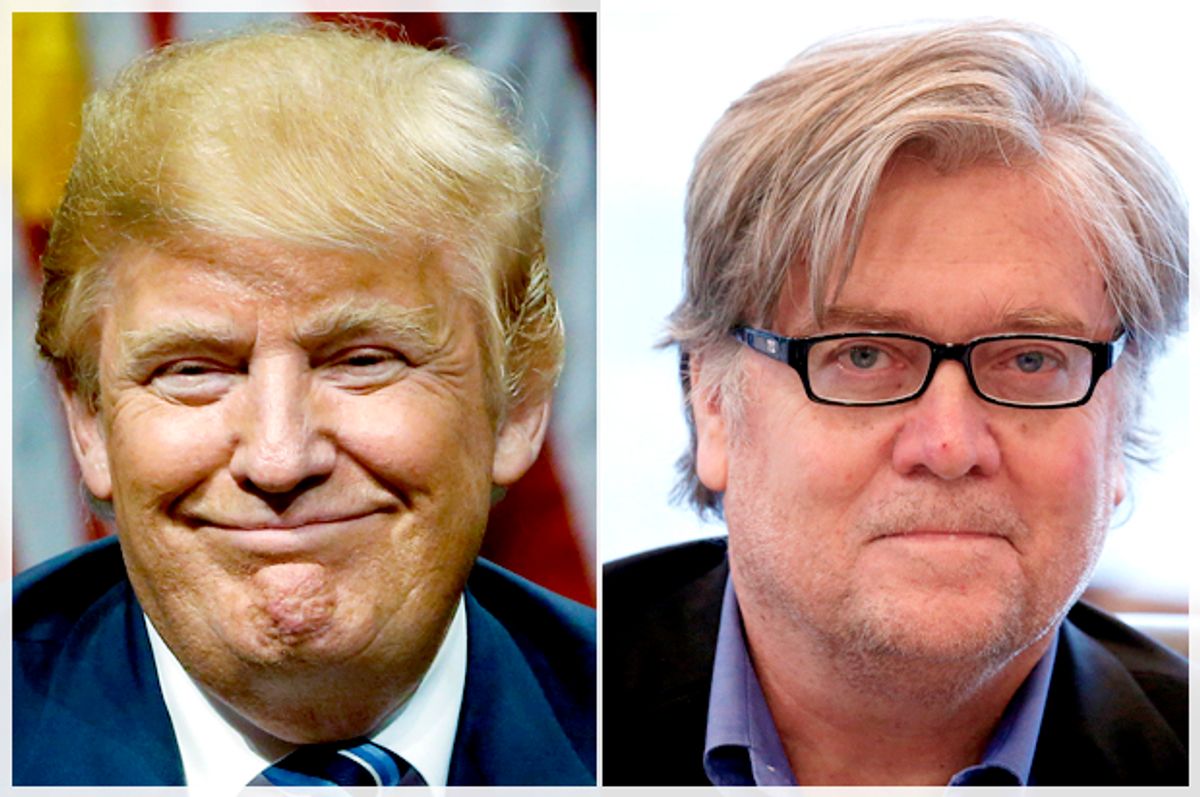 In the aftermath of the Sandy Hook massacre, there was only one piece of gun control legislation that made it to a vote. The measure, introduced by Sens. Joe Manchin, D-W.Va., and Pat Toomey, R-Pa., would have closed the gun show and internet loopholes for firearm sales, and — well, that’s it. Nothing else was attached — no gun bans, no gun confiscations, nothing.

Despite the heartbreaking impact of Sandy Hook, this was the most ballsy piece of legislation the Senate could muster — and the amendment failed anyway, even though it enjoyed the support of 86 percent of the voters surveyed in 2013. Only 13 percent of the voters polled opposed the amendment. That last part is crucial. The Republican Senate voted down the legislation despite 86 percent support, including a 74 percent level of support from National Rifle Association members.

Why did the Republicans vote against an amendment that enjoyed such overwhelming support? It could have been the piles of cash and influence being injected into to the GOP’s haggard veins by the gun lobby. It could also have been an early indication that the Republican Party is more interested in trolling liberals than legislating based on sensible policy. Regardless of whether the congressional Republicans’ opposition to the Manchin-Toomey amendment was more than trollery, it’s obvious that, today, President Donald Trump’s Republican Party is all about supporting actions aimed simply to piss off the left, rather than authoring policy-based legislation that will objectively help make life easier for Americans.

After all, a significant chunk of Trump’s reputation is wrapped up in his obnoxious Twitter habit — a habit that seems to be partly inspired by the tone and content of "Fox & Friends," mixed with his desperate need for attention. Even before he announced his presidential candidacy, Trump was a Twitter troll, and just about everything he does is geared toward fluffing his rally supporters, including the tormenting of liberals. For example, his desire to repeal and replace the Affordable Care Act isn’t about constructing a better health care system; it’s about crapping all over the legacy of his predecessor, Barack Obama, and Obama’s supporters. It’s about revenge. And his people don’t seem to care that their health coverage will be among the first to be rescinded if the law passes as written. They don’t care because repealing Obamacare pisses off liberals.

Likewise, Trump’s posture on the climate crisis — quite likely driven by alt-right troll Steve Bannon — is obviously about trolling the left as well as the meanies in Europe who (rightfully) mocked him during his Mr. Magoo-like overseas trip. In his remarks about the U.S. pulling out of the Paris climate accords last week, Trump said he represents Pittsburgh and not Paris, even though the agreement was merely composed in Paris and isn’t a product of the administration of the newly elected Emmanuel Macron. I don’t think it’s a stretch to suggest that Trump’s decision on the Paris accord was made out of spite rather than a realistic assessment of the deal. Indeed, it’s fair to assume that Trump hasn’t read the agreement at all, beyond perhaps a one-page summary composed by his beleaguered staff — at best. All he knows is that it’s linked to Europe and Europe hates him, so screw it. He’s out.

What about public support for the agreement? Irrelevant — if you’re a Trump Republican, that is. Sure, 59 percent of voters are opposed to abandoning the deal, but in the age of Trump trolling, all that matters is that the president’s disciples are jazzed about pulling out, mainly because liberals are crushed by Trump’s decision. Who cares if nearly 6 in 10 voters support it? There are liberals and Europeans to troll.

Among the many trolling tactics on climate change is the old “but it’s snowing!” line. Most of us have beaten our faces against brick walls trying to swat down this one. Accordingly, Politico reported on Monday that Trump apparently said during a golf outing, “They can’t even get the weather report right, so how come they think they can get that right?”

Made famous by Trump’s favorite television network, Fox News, and repeated by Trump’s favorite website, Drudge Report, this fallacy involves discrediting the scientific consensus on the climate crisis by appealing to the ignorance of low-information voters who don’t know the difference between climate and weather. Yes, it snowed in Boston last year, but that doesn’t mean the planet isn’t warming at an alarming rate. The fact that it’s chilly at your house in January doesn’t mean it’s not sweltering in the Southern Hemisphere, where, during our northern winters, it’s summertime. In other words, your backyard isn’t the globe. Sorry.

But Trump doesn’t care about those details because again his goal isn’t to understand policy, probably because he’s incapable of it. He’s not smart enough to grasp complex ideas like climatology and how the damage to the national and world economies due to the global warming will be apocalyptic. Conversely, the economic upsides to sanctioning new standards for emissions and innovating new technologies to do so will create innumerable jobs, with the United States potentially leading the world on the green economy. Trump doesn’t care because his fanboys deserve a treat and liberals must be punished for making fun of his hair and his inability to spell.

The good news is that leaders from both parties who agree that global warming is an existential crisis for all of humanity are moving forward despite Trump’s petty trolling. Hell, 147 countries have signed and ratified the agreement. Our president has instead chosen to allow those other nations, including North Korea, Afghanistan, China and Iraq, to take the lead on climate. The administration is willing to let the U.S. fall behind the rest of the world, including the poorest nations of the developing world, just to piss off the left.

Sure, American corporations, governors and even mayors are moving forward with the Paris standards. But as a nation, Trump is forcing the United States to walk away from a leadership role on this front, strictly to satisfy the blind rage and grievances of his loyalists. No amount of evidence proving that the climate crisis is real and no amount of polling in support of mitigating its impact will convince Trumpers otherwise. They can’t possibly win on the facts — and they know it — so trolling is the only weapon remaining in their arsenal.