How authoritarian leaders get away with it 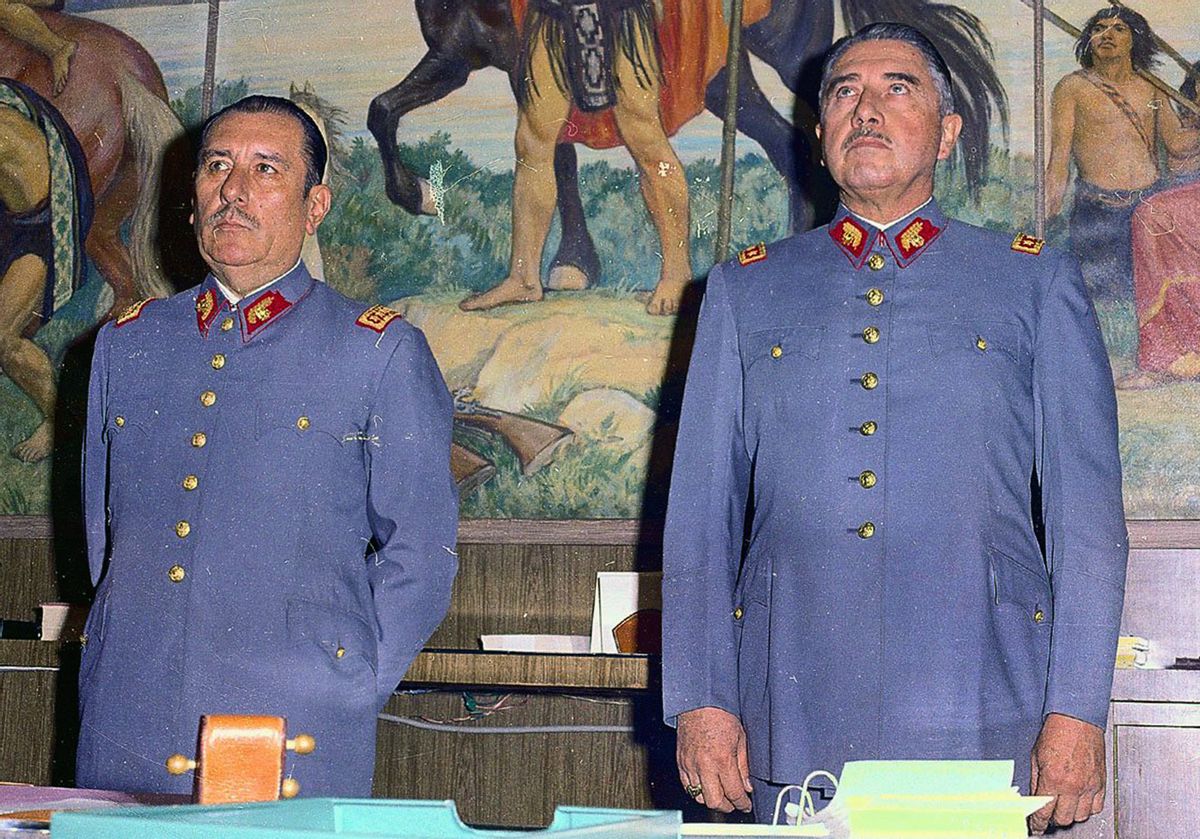 Experimental psychologist Bob Altemeyer spent his entire career studying authoritarians, both the leaders and the followers. In 1998, he wrote:

“Wanna-be tyrants in a democracy are just comical figures on soapboxes when they have no following. So the real…threat lay coiled in parts of the population itself…ready someday to catapult the next Hitler to power with their votes.”

His and other’s research yields this list of conclusions about authoritarian followers whether they follow tyrants on the left, right, religious, spiritual, whatever:

Why would people be like this? Lots of reasons that are hard to distinguish. There are probably evolutionary origins beta males subordinating themselves in species with alpha males. Upbringing and social context play a role.  We could list benefits of being a follower, for example, that self-certainty is fun. We could also list the costs of the alternatives, for example, that self-doubt, changing one’s mind, or admitting you’re wrong is uncomfortable.

Then there are those who aren’t choosing to be followers but can’t help it because they actually can’t think hard enough to make their own big choices. And then there’s an often overlooked factor: The more complicated the world becomes the more appealing it is to give up on thinking and put trust in an authority who speaks with confidence.

We need to know what motivates authoritarian followers in order to figure out how to deal with them. Demanding that someone think harder will backfire with people who can’t. Calling them con-artists when they’re simpletons or simpletons when they’re con-artists will backfire too. Still, it’s hard to discern true motives, especially with authoritarian-followers, people who don’t know their own motives and so couldn’t or wouldn’t report them.

Here then, rather than focusing on what motivates them, I’ll focus on how they can justify and rationalize believing anything their leaders say and do. I’ll call their approach "machine envy.” They act like they think life’s questions can be answered by a machine that they have discovered and become. Input anything into the machine, you get the one reliable true output.

An algorithm is basically a reliable machine made of numbers, for example, 1+X=Y. Whatever you put into X, you’ll get a reliable output for Y.

Authoritarian followers pretend life is reducible to machine-like cause and effect algorithms. It is the alternative to thinking, defined as doubting, wondering, struggling with ambiguity and ambivalence. Computers may be “intelligent” by some definitions of the term, but they do not think as defined here. They don’t strive to discern differences as though their lives depended on it. Humans think, not that we love having to do it. Still, our lives depend on it.

With authoritarian followers, the thinking is already over. They’re not guessing at what’s true. There’s no interpretation left to do. They and their leaders have already done all the interpretation necessary. They discovered the truth, embraced it, internalized it, and now only have to act on it like machines. They see reality clearly, truly and purely through their unambiguous mechanistic world view.

This is as true of soft spiritual followers as it is of techno-authoritarian nerd followers. Their theory could be warm and fuzzy or hardline firm. Either way, they have stripped the ambiguity from life. There are no tough judgment calls left anymore. Life can be managed with absolute rule-based discipline. Their absolute rules don’t always work, but they won’t admit it. They’ll say “sure there are exceptions, but still, it’s an absolutely universal rule.”

What they’re doing can be seen in their treatment of the variables in their mechanistic algorithmic equations. X is a variable, a placeholder, an input in 1+X=Y. Still, it looks as rock solid as that “1.” Authoritarian followers treat the variable as rock solid when it suits them and variable when it suits them. Take a libertarian authoritarian (despite their professed love of liberty most are decidedly authoritarian in their approach). They pretend that to know exactly what a variable like “freedom” means, even while they change the meaning from moment to moment. Authoritarian followers aren’t curious about the terms they use. They don’t recognize themselves as interpreting any more than an ATM machine interprets.

On the right, for example, they know that they hate PC and they know exactly what PC means. It means indulging in hypersensitivity. When they get huffy about someone insulting them, is that PC? Of course not. Ask them why and it's clear that they don’t know and they don’t care. They’re sure that PC is a rock-solid concept. They use the term as though they're calling a spade a spade. But they exploit the variable nature of the term PC to basically gerrymander the definition so they never have to doubt. Are they gullible or manipulative? Again, that’s not the question here. Setting aside motives they’re treating life like a simple puzzle they’ve already solved.

Their basic algorithm can be as simple as this: If the leader (guru, teacher, God, Buddha, Jesus) says it’s true, it’s true. Trump becomes their algorithm. Just run inputs through him and output the definite true answer, plain, simple and always right. They can’t, won’t, or assume they shouldn’t ever have to question their assumptions.

I could say more—about how Socrates decried exactly this problem, and struggled to the death against it, challenging people to define their highfalutin terms. Or about how science today feeds this oversimplification, by treating minds as like machines or computers, and languages as codes, words flipping switches in our machine minds, or how psychology too has yet to explain how synapses and neurochemicals could ever yield interpretative guesses about reality. I address some of that in the videos below. Here I’ll just end with a poem I wrote the other day in taking notes toward this article, a poem about machine envy, the mechanistic mode of thinking.

Minds are not computers
Language is not code.
Thinking that they are
I’ll call the “mechanistic mode”.

In it, folks pretend
that life is an equation
that they alone have solved and then
defend with slick evasion.

They posture pure precision
crunching notions like they're numbers.,
all the while they're juggling books in
in vague seductive slumbers.

Enchanted by their algebra
they see the X and Y's
As firm defined, not variables.
No "why's?" since they're so wise.

Lining up deductive ducks
All neatly in a row
They treat your challenges to them
as evidence you’re slow.

They spout about the grandest things
freedom, truth, and kindness,
sure they know just what they mean
by revelatory blindness.

Socrates was the first to note
the mode’s a social curse.
Still, wondering what we really mean
feels costlier and worse.

At first, of course, to wonder
removes our firm foundation,
Yet struggling with semantics
is how we’ll save our nation.

Three videos on the question of interpretation and the solutions to the mystery of just how we are not machines.

What is valuing? (7 minutes)

Jeremy E. Sherman, a contributor to Psychology Today, is an evolutionary epistemologist studying the natural history and practical realities of decision-making.