"It is interesting to consider what makes a film 'controversial,'" says Leah Sapin, who programs the New York Human Rights Watch Film Festival 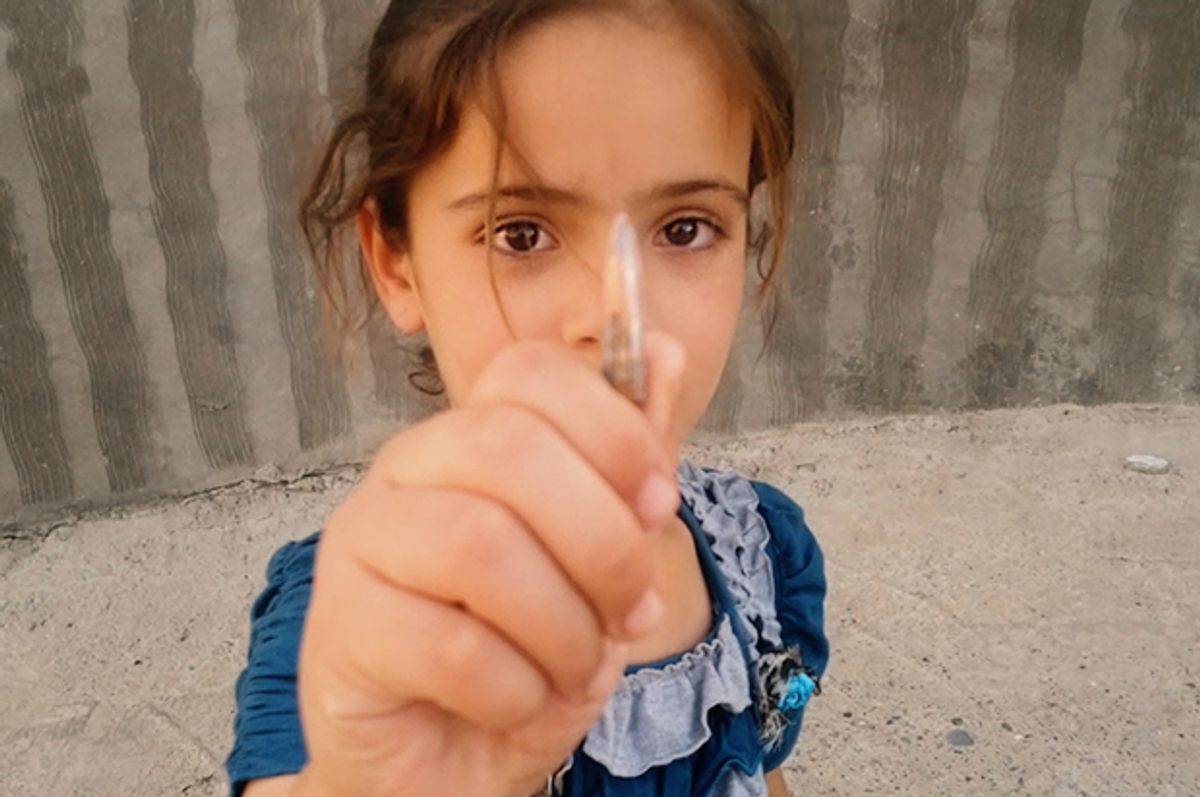 Anyone who claims documentaries are boring and best served with yawn sauce ought to climb back into his or her cave because clearly (“O.J. Made in America,” “Montage of Heck,” “Searching for Sugar Man,” “Man on Wire,” “Stories We Tell,” “Bowling for Columbine” and on and on), times have changed. Nonfiction films are not just a means to an end (education or social impact); they are an art form.

So what to make of next week’s Human Rights Watch Film Festival, taking place June 9 to 18 in New York City? Can a festival with a political agenda also capture us cinematically? Can it do more than just depress the hell out of us in such trying times?

Salon asked the festival’s senior programmer, Leah Sapin, to answer some questions about the festival, now in its 28th year in New York. The series is mobile, going to 20 other cities around the world, and it’s also accessible online through MUBI, where you can watch select films starting June 20. But this next week is, according to Sapin, “The main public outreach event for the organization.”

What are the most pressing political issues rising to the surface and showing at the festival this year?

US-focused films constitute a major portion of our program this year. “The Blood is at the Doorstep,” “The Force,” “Home Truth” and “Lindy Lou, Juror Number 2” tackle issues within our police and justice system from very different perspectives, communities and regions. The crackdowns on the freedom of the press and the “war on truth” is covered in “Nobody Speak: Trials of the Free Press,” “Bill Nye: Science Guy” and our discussion panel with Amy Goodman and others for From Audience to Activist. We also saw an incredible number of films about the refugee crisis this year. From the wars that are displacing millions of people, to the attempts to find a country that will offer refuge and a chance to rebuild their lives, each film is completely different in angle, country and approach on what is clearly one of the biggest crises of our time — “Nowhere to Hide,” “City of Ghosts,” “Lost in Lebanon” and “The Good Postman” are all brilliant.

What’s the most controversial film you’re showing this year?

In my opinion, none of them should be considered controversial as they all reflect somebody’s truth! But we always have quite strong reactions from New York audiences on films covering the complexities of the Israel and Palestine conflict. This year we have a film that addresses the issue in an incredibly personal and beautiful film “Muhi — Generally, Temporary,” which is about a young Gazan child trapped in a hospital in Israel due to his need for medical attention, and without free passage between states for himself or his family, leaving him and his grandfather essentially confined to the hospital. It is difficult to follow a political line to find any sense of logic or reasoning in such a situation.

What’s been a very controversial film from a past festival?

I think it is interesting to consider what makes a film “controversial.” There are always going to be differences of opinion and reaction — that is what makes the process of programming quite difficult to predict in terms of how it will play with our audience. But the debates around whether we should show extreme acts of violence for example, whether children featured in a film have the appropriate amount of permissions and protection in place, or whether a film is factually accurate are questions we continuously discuss internally, and also get feedback on from HRW Researchers who know the issues intimately. This makes the decisions to select films feel less about avoiding or striving for controversy, and more about making sure we are conscious of what we are helping put out in the world.

Has the Pamela Yates trilogy been screened together before? What’s that series going to be like?

Yes, “The Resistance Saga” trilogy played this March in London while the HRWFF was there, and it played at the Ashland Independent Film Festival. It is the New York premiere and an exciting event for us as we featured Pamela’s earlier films on the indigenous Guatemalan populations’ oppression and activism; “When the Mountains Tremble,” and “Granito: How to Nail a Dictator” when they first came out, so it seems fitting to have this immersive cinematic event of all three films together, including the final film of the trilogy “500 Years.” It also includes a conversation with the filmmakers and Mayan women activists from the film, followed by a reception and live music concert.

What does Human Rights Watch prioritize more: the issue or the filmmaking?

Well our end goal is to show films that create dialogue about human rights issues and engage people to act — so some films need to be highlighted because the issues are particularly urgent, others because the issue isn’t getting enough public attention. There are films that are a little rough around the edges production-wise, but have a quality of perspective and access that means it is an important film for us to feature. Other films are stunningly made and the ability to draw audiences means it could have a bigger impact, and we know we can ease out more context around the human rights issues in the conversation to follow. Striking that balance is something we strive for every year, and I think this year’s collection particularly reflects that.

Name a film that particularly enraged you personally, and that you hope will help galvanize change.

Our Opening Night film “Nowhere to Hide” is a beautifully moving look of the impact of war on a young family in Iraq. The endless violence the Iraqi people have faced — from the US invasion, to the current fights for power between warring factions and extremist groups, and the continued bombings by US governments — is destroying a country and will impact generations. Nori is such a loving, humble nurse and father, treating his neighbors from war-related injuries while trying to protect his family, and the film is inspiring and unsettling. Nori shouldn’t have to stand out to provide examples of the kind of people we should have “empathy” for. There are millions of people suffering similar fates in the world right now. I really hope the film will move audiences to further humanize the body counts we hear very briefly about, if at all, in the news, force us to pay attention to our continued military action abroad and challenge our stances on refugee status in this country. I would love for policymakers to watch more of these films.

How many people tend to attend the festival and how would you describe the demographic makeup?

We usually have between 5,000 - 6,000 people come through the New York edition of the festival, with an audience that differs greatly depending on the film topic. It’s our 28th year here in New York, so we have an amazing and dedicated festival audience, but we also have a year-round outreach team that works to bring in new audiences that might be interested in particular films, so we partner and connect with regional and topical-focused organizations and groups, as well as students, activists and film-lovers.

If people were to watch all the films at this year’s festival (as you have), aren’t they going to feel depressed and overwhelmed? Or could they come out of that feeling inspired?

More than ever, we focused this year on the empowerment aspect of human rights issues, and we programmed a large number of films that respectfully profile the individuals and movements that are fighting back and moving us forward. We certainly aren’t avoiding the reality of the current state of the world in our festival or putting a happy face on it for the sake of entertainment, but we also wanted to create events where, after watching the film and taking part in the discussion, people will not simply feel overwhelmed, or feel they have engaged in “poverty/disaster porn.” Because we have 30 minutes at the end of each film for a Q&A with inspiring individuals from a variety of backgrounds, I feel like whether the film speaks to your own lived experience or is exposing a new issue for you, we can walk away emboldened from the ideas on the screen and stage and take that into our own lives, find our issues and hopefully focus on making a difference where possible.

I noticed the organization is fighting the crackdown on gays in Chechnya. Do you know if there are any documentaries on the subject in the works?

Unfortunately, I haven’t personally come across any. Since most good feature documentaries often take quite a long time to make, we usually don’t see films on an evolving issue until later down the line when more grants seem to get on board. I hope there are projects on this issue that are getting early funding though, it’s clearly needed.

Bill Nye: Science Guy City Of Ghosts Documentary Film Home Truth Juror Number 2 Lindy Lou Lost In Lebanon Nobody Speak: Trials Of The Free Press Nowhere To Hide The Blood Is At The Doorstep The Force The Good Postman