As the GOP attacks on birth control increase, a new paper demonstrates its economic value

Birth control is a reliable investment in our long-term prosperity. Why do Republicans keep attacking it? 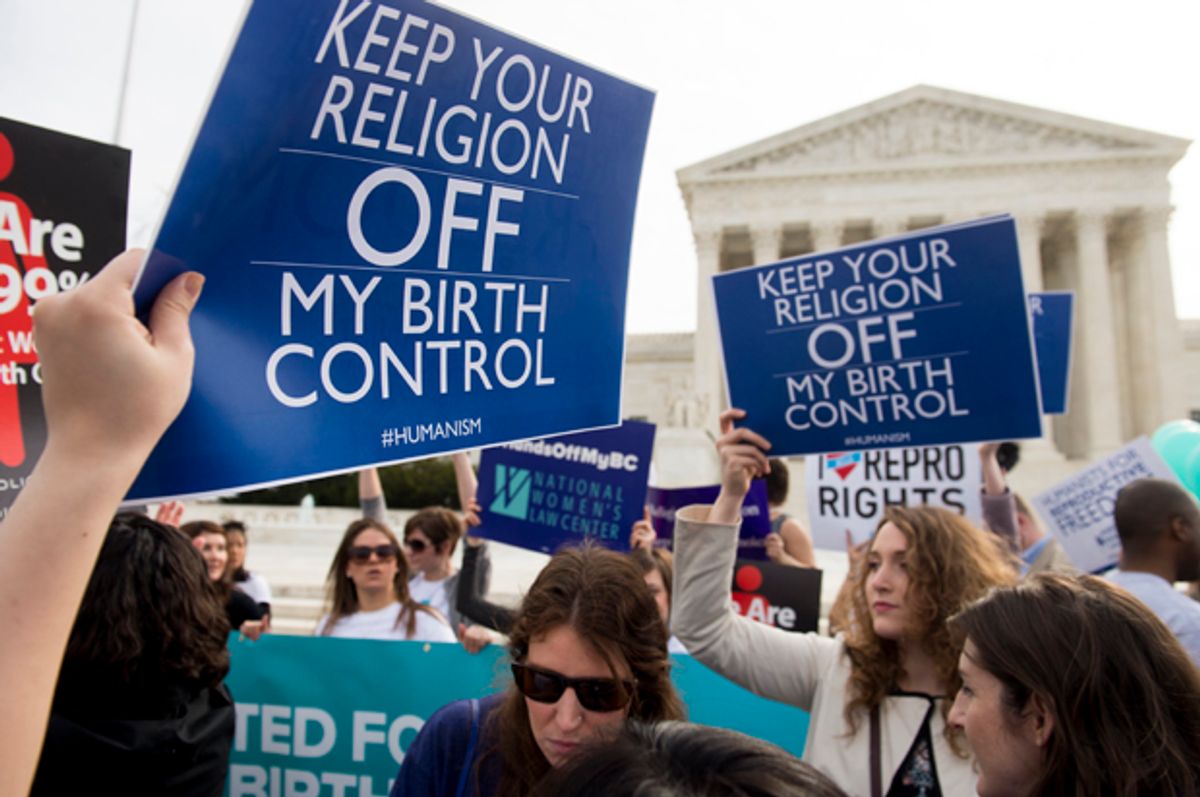 The war on contraception has moved from the political fringe to the mainstream of the Republican Party, a process that got a boost when one of the most avid anti-choicers in a party full of Bible thumpers, Mike Pence, was elevated to the vice presidency. The first few months of the Donald Trump administration have been characterized by a strong interest in cutting off women from affordable birth control.

Trump has proposed leveling off funding for the Title X family planning program and appointed a woman who is ideologically hostile to birth control to lead the program. His administration is considering a proposal to allow employers to forbid female employees from using their health insurance plans to pay for contraception. In a move clearly designed to appease Mike "They're All Jezebels" Pence, the administration has proposed barring women on Medicaid from going to Planned Parenthood, even though in many communities it's the only feasible family-planning option available relying on Medicaid.

So the timing is quite good for a recently published paper from the National Bureau of Economic Research by economists Martha Bailey and Jason Lindo, titled "Access and Use of Contraception and Its Effects on Women's Outcomes in the U.S." Spoiler alert: Those effects are largely pretty good for women, even if it makes squinty-eyed misogynist Republicans angry to contemplate women having all this sex without being punished for it.

Bailey and Lindo's paper is an overview of years of research examining the impact of three basic trends: the liberalization of contraception laws, the increase in government funding for contraception and the legalization of abortion. It will come as no big surprise: The most obvious effect of these trends was a decline in the fertility rate, though the authors do note that part of the decline was likely due to the tapering off of the baby boom. Still, the authors find that "fertility rates in formerly restrictive states dropped sharply relative to those without restrictions" after the 1965 Supreme Court decision that escalated the pace of contraception legalization.

But in a phone conversation, Bailey, a professor of economics at the University of Michigan, emphasized the broad economic benefits of increased contraception use — not just for women but for society overall.

“The piece I think is often missed in the discussion around reproductive health care is that’s not about changes in contraceptive use and birth control," she explained. "It’s really about changes in women’s ability and families' ability to invest in their careers and livelihood.”

The totality of the literature points to the conclusion that women who have a dependable and affordable source of contraception — such as through insurance or a federally subsidized program like Planned Parenthood — experience cumulative positive effects. It's common sense, but in an age of attacks on contraception, it bears repeating: Being able to control when they give birth, and knowing that they have that control, makes it easier for women to go to school, get training, vie for promotions and do other things that result in higher lifetime earnings.

As Republicans have increased the number of their attacks on contraception access, through federal programs or private insurance, a talking point has emerged on the right: Women should not expect others, either taxpayers or fellow members of their insurance pool, to "pay for" their contraception. It's an argument that's farcical on its face: Women who pay taxes or buy into private insurance are helping subsidize all kinds of health care for others. But contraception's relationship to sexuality — and especially to female sexuality — makes it easier for conservatives to suggest that it's not really health care but rather an entertainment expenditure like movie tickets or beer.

(In 2008 former Fox News host Bill O'Reilly said in a rant opposing insurance coverage of birth control: "Do I have to buy you dinner before you use the birth control?" And yes, he argued at the same time that Viagra should be covered.)

Bailey argued, however, that this is exactly the wrong way to think of contraception. Not only is it basic health care; decades of research literature has demonstrate that it's a smart long-term investment in our economic future.

Women's greater economic productivity will translate into more tax revenue, "which is the dollars-and-cents argument that is often missed,”she pointed out.

Bailey explained how children in particular benefit when their mothers are able to receive and afford birth control.

“One of the things we find is that the household income of the average child increased pretty dramatically after family planning programs were introduced," she said. "Poverty rates for children fell. Single [parent household numbers] fell. Also, and this is pretty interesting, public assistance receipts of families fell.” In other words, fewer families were receiving welfare benefits —something conservatives should welcome.

“One of the things people end up focusing in on a lot in the policy debate is the cost of programs," Bailey continued. "If we slash this program, how much can we save on the budget this year? But they tend to miss the fact that slashing these programs is cutting investments in both women and families, but also in the next generation of kids.”

Bailey characterized the savings as "invisible benefits" because they tend to play out over years and even decades, in a way that's hard to see when looking only at annual budgets. But if the long-term goal is a society that's more productive and prosperous, one of the best investments that we as a society can make is to ensure that no woman desiring birth control goes without it.

Unfortunately, the Trump administration is taking the opposite view and seeking ways to chip away at the ability of women to afford contraception. It's yet another sign that Republicans, and Trump especially, are not actually motivated by fiscal prudence or by a desire to help families fend for themselves and increase American prosperity. On the contrary, the only real reason to slash contraception access is to disable women's economic gains and put true equality for women out of reach.

Republicans face a choice: to do well by the economy or put women in their place. They have clearly chosen the latter, which should remove any doubt about where the party's priorities lie.