Karen Handel: "I do not support a livable wage" 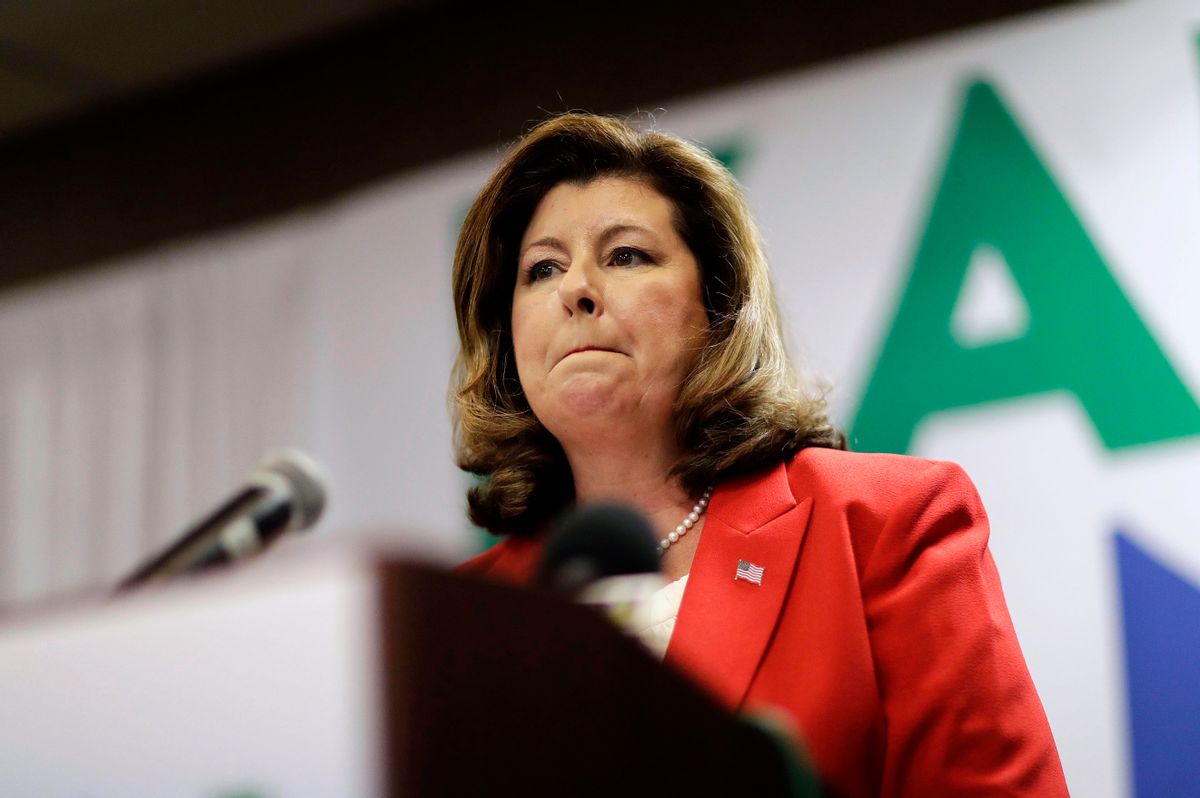 On Tuesday night during the debate for Georgia's 6th congressional district, Republican candidate Karen Handel stated that she does not "support a livable wage," according to ABC.

"Look, if somebody’s working a 40-hour workweek, they deserve the kind of standard of living that Americans expect," Ossoff said during the debate. "That’s part of the American dream, and there are too many folks having trouble making ends meet."

However Handel said she is fully opposed to it and stated that "This is an example of a fundamental difference between a liberal and a conservative."

"I do not support a livable wage," she added.

"What I support is making sure we have an economy that is robust with low taxes and less regulation so that those small businesses that would be dramatically hurt if you imposed higher minimum wages on them are able to do what they do best: grow jobs and create good paying jobs for the people of the 6th District," Handel added.

Back in April, Ossoff narrowly fell short of the 50 percent majority needed to secure the total victory and was instead forced into a runoff election that will take place on June 20. Republicans have done everything possible to hold onto the state of Georgia including controversial gerrymandering tactics that allow their party to secure victories where needed.