The governor of New Jersey insists the president was talking like a New Yorker, not an obstructor of justice 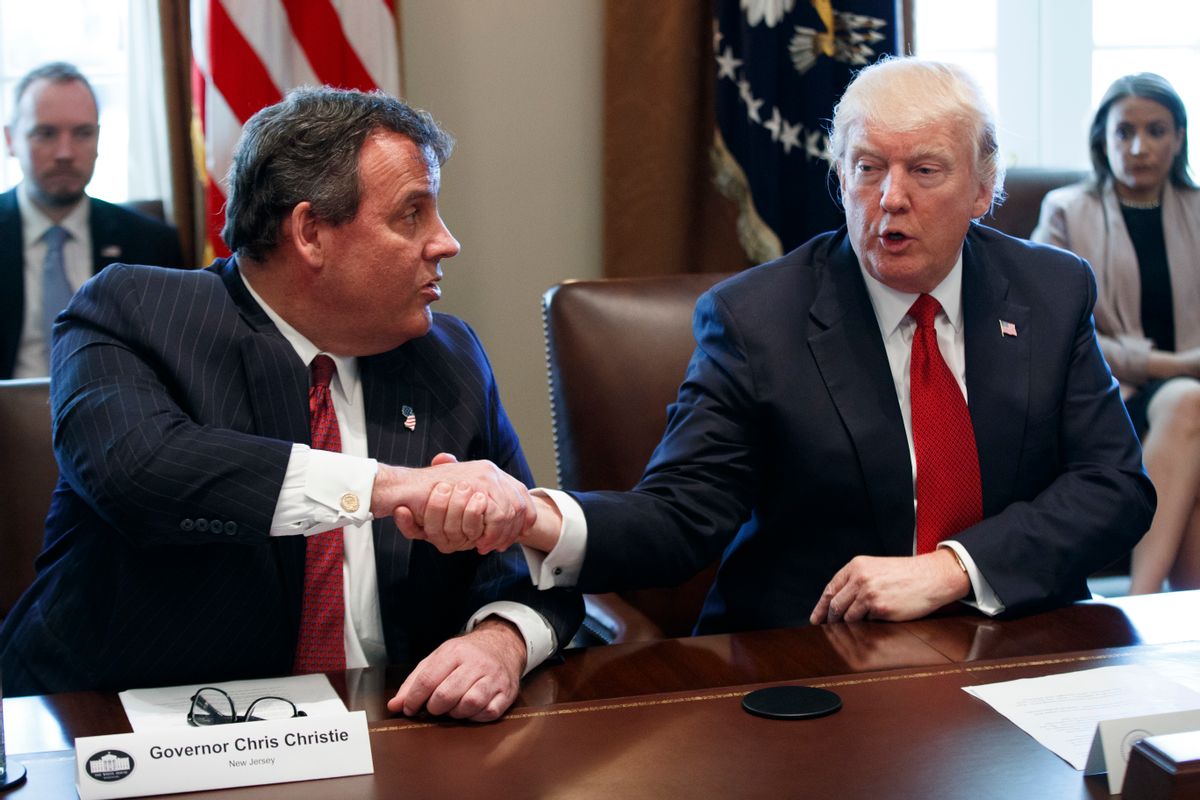 When President Donald Trump asked his FBI director to pledge his loyalty, they were just having a typical New York conversation, according to New Jersey Gov. Chris Christie.

In an interview on MSNBC Wednesday afternoon, Christie offered a laughable defense for the president's highly inappropriate conversation with James Comey, which will be part of the former FBI director's testimony before the Senate intelligence committee on Thursday.

Comey's written testimony that was released Wednesday disclosed that the president asked him for his loyalty the day after acting attorney general Sally Yates warned the White House that Gen. Mike Flynn, the then National Security Adviser, had put himself in a compromising position with the Russians.

"They elected an outsider president," Christie explained during his MSNBC appeared, which aired shortly after Comey's statement became available to the public. “They elected someone who had never been inside government and quite frankly didn’t spend a lot of time interacting with government except at the local level.”

“So, I think over the course of time, we can talk about different examples, what you're seeing is a president who is now very publicly learning about the way people react to what he considers to be normal New York City conversation.”

Christie's defense of the president rests on the predicate that Trump is a loud-mouth dunce who does not in anyway understand the rule of law or how the federal government operates. The New Jersey governor said that Trump has not "been steeped in" the independent tradition of the FBI and the other intelligence agencies.