The "Jurassic Park" T-Rex of your nightmares is back 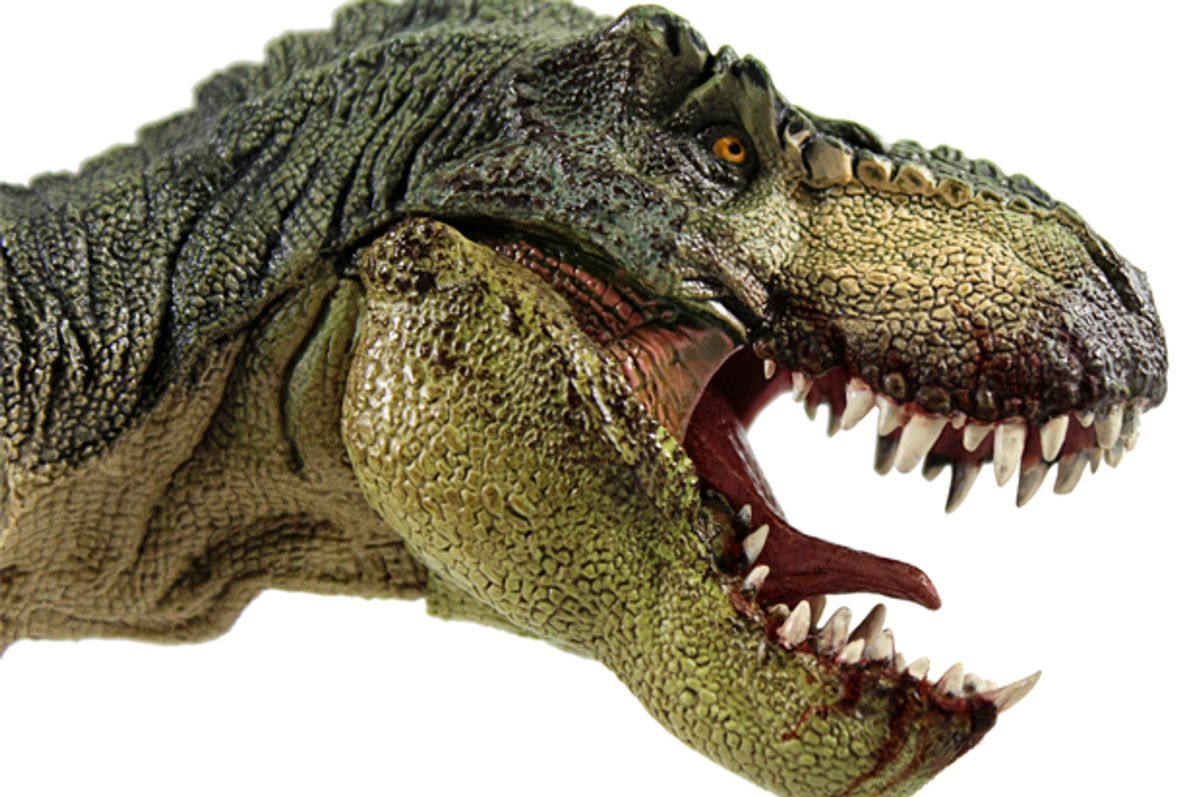 If you were a kid in 1993 (and let's be real, even if you were an adult), you probably had nightmares about the Tyrannosaurus Rex from Steven Spielberg's "Jurassic Park" chasing you down and eating you whole.

Spielberg's realistic animatronics and special effects set the precedent for every kid's imagination — just say "T-Rex" and your mind immediately jumps to Jeff Goldblum running through the rain, being chased by a giant reptilian monster.

Recently, scientists have been doing research into just how close your imagination comes to the real thing, and they've got some news.

The T-Rex does, in fact, look how you imagined.

Contrary to reports that surfaced last year, and one museum's hasty addition to their animatronic dino, new evidence confirms "without question" that the T-Rex had scaly skin.

“With all the hype about feathered theropods, it's easy to forget that actually most dinosaurs had scaly, reptilian-like skin,” Phil R. Bell, a paleontologist at Australia's University of New England, told the Washington Post. The theropod family included tyrannosaurus, two-legged dinosaurs and some bird ancestors.

Bell's team assessed fossilized skin from Tyrannosaurus, as well as four of its late relatives — lbertosaurus, Daspletosaurus, Gorgosaurus and Tarbosaurus — to come to the conclusion. The skin examined was from tyrannosaur abdomen, chest, pelvis, neck and tail, none of which showed any evidence of feathers.

Bell explained that tyrannosaur skin is rare, due to the fact that early paleontologists would break right through skin fossils to reach the bones, which may have contributed to misinformation about its covering. He also offered some explanation for why there were no feathers.

“Probably the sexiest option is gigantism,” he said. “Big animals have trouble shedding excess heat, so being covered in feathers is not a good idea unless you live somewhere cold.”

Though, he admits, there are some discrepancies.

“The problem here is that we have big tyrannosaurs, some with feathers, some without that live in pretty similar climates,” Bell said. “So what's the reason for this difference? We really don't know.”

Despite the new evidence, there are still some scientists holding on to their feathered dino dreams.

“This doesn't rule out feathers on even the biggest tyrannosaurs,” David Hone, a paleontologist at the University of London, who was not involved with Bell or his research, pointed out to the Post. "But does suggest they lacked a full coat of feathers.”

So, '90s kids, there you have it — our dreams about "Jurassic Park" T-Rex were right all along. After science took Pluto away from us, we were due back something in return.