Mike McCready stops by Salon to talk polaroids, punk, Chris Cornell and why the '90s weren't so dark, really 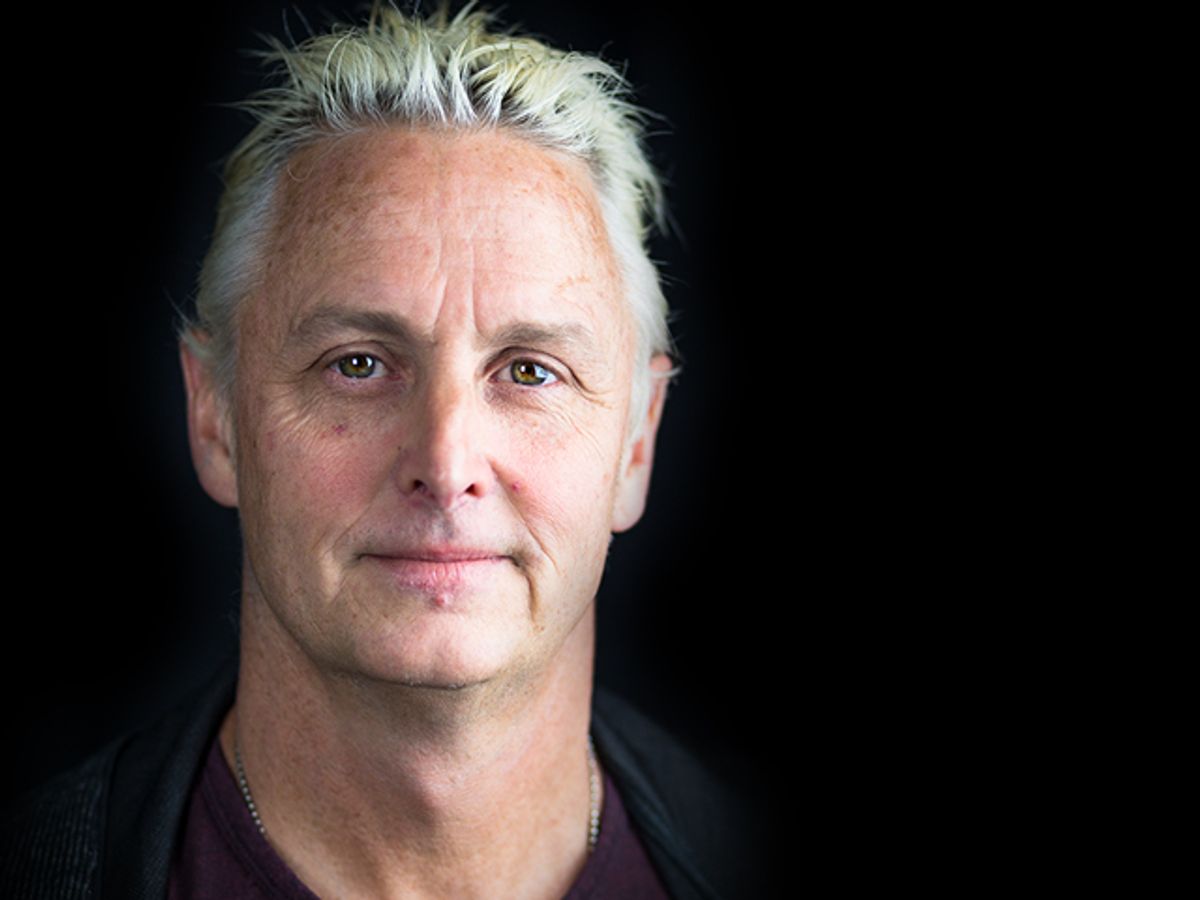 Pearl Jam, the best-selling band of Seattle's '90s grunge scene, has been touring and releasing records for more than 25 years. Now lead guitarist Mike McCready is giving fans an in-depth view of backstage life for the band in his new book, "Of Potato Heads and Polaroids: My Life Inside and Out of Pearl Jam," which features 20 years of candid photographs taken by that most analog of technologies: the Polaroid camera.

McCready and I had a wide-ranging conversation about rock music, photography and the legacy of the 1990s when he stopped by Salon’s studio.

“Polaroids were the instant thing to get a photo back when I started it,” said McCready. “You had to wait two days to get your film back if you had a real camera, and I was more of an instant-gratification guy.”

He added, “Sometimes with Polaroids, the shot you want to get in your head doesn’t happen,” noting, “What it makes me do is be patient, I guess, or let go of that presumption of what the shot’s going to be.”

For me, the whole thing was quite the trip down memory lane, as the '90s neatly overlapped with my high school and college years. Going through McCready’s photos before the interview, I found a picture that looked quite a bit like a 1995 concert I attended a couple of weeks after my 18th birthday at Southpark Meadows in Austin, Texas. I showed the picture, which featured the Ramones' opening set, to McCready, and he confirmed that it was, in fact, taken at the same show.

Naturally, he made me flash on camera the picture from the book during the interview, giving us a chance to geek out over how great the Ramones were. For teenage me — who got kicked in the head by a Doc Marten-clad boot during that set — that concert was a revelation. For McCready, it was almost impossible for him to fathom at the time that such iconic musicians were opening for his band.

Grunge recently made headlines again with the death of Soundgarden frontman Chris Cornell at age 52. McCready played with Cornell in Temple of the Dog and unsurprisingly Cornell’s visage appears in the book.

Pearl Jam may be one of the biggest rock bands of all time but, as McCready noted, it came from the same Washington scene that birthed more underground bands like the Gits and the Posies. The book's design hearkens back to the cut-and-paste aesthetic of that era, as exemplified by snapshot- and drawing-heavy zines like Maximum RockNRoll. Those zines — and mixtapes, another handmade form — were an integral part of how fans spread the word about new music back in the pre-digital era.

Seattle was a “smaller city," McCready said, and “there was no support system in Seattle for musicians." Instead, new bands would perform in basements and warehouses — some legally and some outside the legal permitting system.

“You had to make your own thing happen, and reach out to other bands,” he said. “But in terms of Seattle, it was small enough that we all knew each other; so we all did it ourselves together.”

For those of us who lived it, the '90s were a vibrant time in terms of diverse ideas, sounds and forms of expression. But over time, a lot of that has fallen from cultural memory. What we're left with now is a simplified memory of the '90s rock scene as dour and self-serious because so much of the music — including Pearl Jam’s — tends to lean toward the serious side. It’s a reputation that’s been accelerated by deaths of prominent musicians from the era, most recently of Cornell and Stone Temple Pilots' Scott Weiland, and before that Layne Staley of Alice in Chains and Nirvana's Kurt Cobain.

But “Of Potato Heads and Polaroids” is a reminder that despite the often serious tone — and even the political bent — of the music, the '90s scene was still about having fun, rocking out and goofing off. Most of the photos capture that sense of fun, and many even feature a Mr. Potato Head toy that McCready would encourage his friends to do silly poses with.

(Irony-tinged appreciation for old-school toys and shows, like Mr. Potato Head, Barbie or "The Brady Bunch," was an extremely important aspect of '90s era humor.)

“There was a kind of cynical humor that happened,” McCready said, noting that it was “maybe off-putting” to some. “But it also was funny.”

And McCready argued, “There [were] angsty times and all that stuff, but it was also great,” adding, "It wasn’t as dark as everyone thought.”