Why have other Gulf states cut ties with Qatar?

Qatar is a tiny country comparatively, with a population under 3 million. Why is it suddenly a political hotcake? 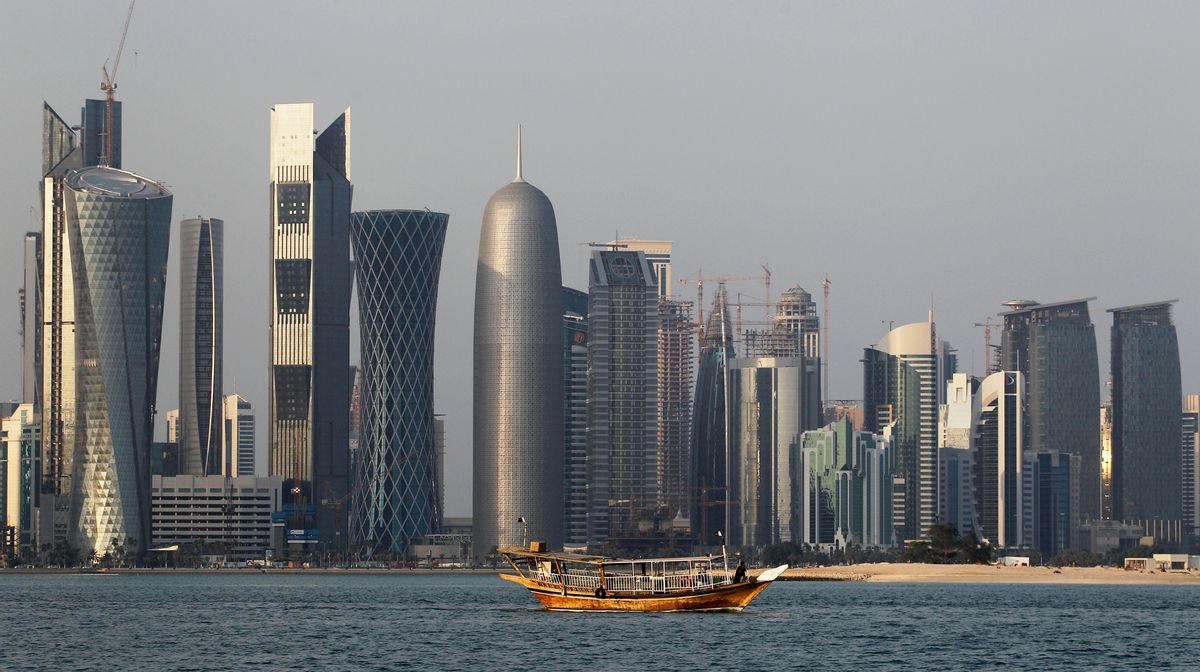 FILE - In this Thursday Jan. 6, 2011 file photo, a traditional dhow floats in the Corniche Bay area with tall buildings of the financial district in the background. The 2022 World Cup in Qatar, the wealthy oil- and gas-producing Gulf nation with giant look-at-me ambitions that belie its small size, is shaping up as a unique experience. (AP Photo/Saurabh Das, File) (AP Photo/Saurabh Das, File)
--

So why have Gulf states Bahrain, Saudi Arabia, the United Arab Emirates (UAE) and Yemen, as well as non-Gulf Egypt, dramatically ruptured relations with tiny Qatar? What will this international crisis mean for the Middle East and the broader world?

What is the dispute about?

The Arab Gulf spans diverse countries. On one end of the scale is fractured, war-torn Yemen. Then come the tourist destination and politically unassertive Oman, the small oil kingdoms of Bahrain, Kuwait, Qatar and the UAE, and regional powerhouse Saudi Arabia.

As the largest country in the Arab Gulf, Saudi Arabia has long championed common regional policies under its leadership. However, in the past few decades, the rapid growth of massive oil wealth in smaller countries like Qatar and the UAE has allowed them excess capital to establish their own global influence.

The UAE has largely aligned its foreign policy with its larger neighbor. But Qatar has used its wealth to adopt policies different from, and sometimes rivaling, Saudi Arabia’s. Qatari positions have been propelled through the Al-Jazeera media network, based in Qatar’s capital, Doha, partially funded by Qatar’s ruling family, and popular throughout the Middle East.

The Saudis have not appreciated Qatar’s foreign policy assertions, particularly its warmer relations with their archrival Iran. In Syria’s civil war, Qatar and Saudi Arabia both oppose ruler Bashar al Assad, but have supported competing Sunni militias. Qatar also had good relations with the freely elected Muslim Brotherhood government in Egypt and other anti-establishment Islamist organizations, again in contrast to Saudi positions.

The 2013 removal by the military of Egypt’s Muslim Brotherhood government under President Mohamed Morsi spearheaded a broader move among Arab governments to crack down on Sunni Islamist organizations that could threaten their authority. Some of these organizations had received Qatari support.

In 2014, to pressure Qatar to fall in line with Saudi-led policies, Saudi Arabia, Bahrain and the UAE suspended diplomatic ties with their neighbor. In response Qatar pulled back somewhat from open support for militant Sunni political groups and cooperation with Iran. It continued nonetheless to assert a right to its own foreign policy.

What prompted the current crisis?

Relations improved modestly since 2014. But Saudi and other commentators still complained that Qatar was “sabotaging the region.”

And then came President Donald Trump’s May 21 visit to Riyadh, bolstering U.S. ties with Saudi Arabia and Egypt and promoting a common front against Iran and Islamist “extremism,” a vague term which for the Saudis can include political opposition groups like the Muslim Brotherhood.

Soon after, on May 24, Qatari news sites were blocked by Saudi Arabia and the UAE after alleged remarks by Qatar’s ruler that openly acknowledged Iran’s regional political role and Qatari ties to Israel. Arab Gulf leaders would not normally take such positions publicly. Qatari sources insisted that the remarks were inaccurate, and that Doha’s media had been hacked.

But Saudi Arabian and Emirati sources played up the alleged comments. They portrayed them as a renewed sign that Qatari policies remain deviant, despite the 2014 efforts to make Doha fall in line. The Trump administration’s announcement of a large military sale to Saudi Arabia suggests new assurance in Riyadh that Washington will back confrontation against Iran. This likely bolstered Saudi confidence that it could move to rein in Qatar.

What is Qatar’s perspective?

Qatar’s ambitious growth has included opening its society to global cultural, educational and business influences, as the country completes its plans to host soccer’s 2022 World Cup. As part of this ambition, Qatar has asserted its intention to work with a range of global partners.

This foreign policy has included mediating between Islamist groups and Arab governments, as well as between Iran and other countries. Although some have critiqued such an approach as two-faced, Qatari officials could argue that it is a rational strategy to resolve conflict in places where repressing Islamic political opposition has not worked.

Whatever actually happened to trigger the crisis, Qatar’s concerns about hacking, recent Saudi and other critiques of the country, and leaked emails from other Gulf governments make Qataris feel victimized by what could be a well-orchestrated campaign against them.

Stability in the Arab Gulf region is critical to world trade, global transportation and regional military security. Dubai, for example, has been the world’s busiest airport by international passenger traffic for several years, with Qatar’s Hamad Airport not far behind. And, with 11,000 U.S. troops on site, Qatar hosts the Middle East’s major American military base.

The bottom line is that the dramatic escalation of tensions in the Arab Gulf threatens regional stability, and makes it much harder to resolve graver conflicts in Syria, Libya, Islamic State-controlled Iraq and Yemen. Indeed, Qatar’s isolation from other Arab states could lead it closer to Turkey or even Iran.

More generally, the move against Qatar is part of a broad regional shift since the Arab uprisings of 2011. Many Arab governments now feel justified in acting strong to quash dissent. They are now more likely to condone using force internally to maintain stability and in external conflicts like Yemen. The Trump administration appears comfortable with this.

Indeed, the President has inserted himself directly into the growing conflict in several tweets, pointing a finger at Qatar as a funder of “radical ideology.” The U.S. may end up mediating the dispute out of its own interest in regional stability and its military base. At the same time, Trump has revealed his support for the Saudi position, and the trend to curb dissenting Arab voices around regional policy.

This trend goes against Qatar’s past autonomy and policies, leaving it little wiggle room. Qatar may have no choice but to conform its policies to Saudi ones, and to limit Al-Jazeera’s independence. Whether or not the crisis resolves soon, Riyadh’s new move against Doha has underscored its clear determination to limit Qatari policy influence as much as possible.

Editor’s note: This article was updated to include President Trump’s statements – via Twitter – on Qatar.