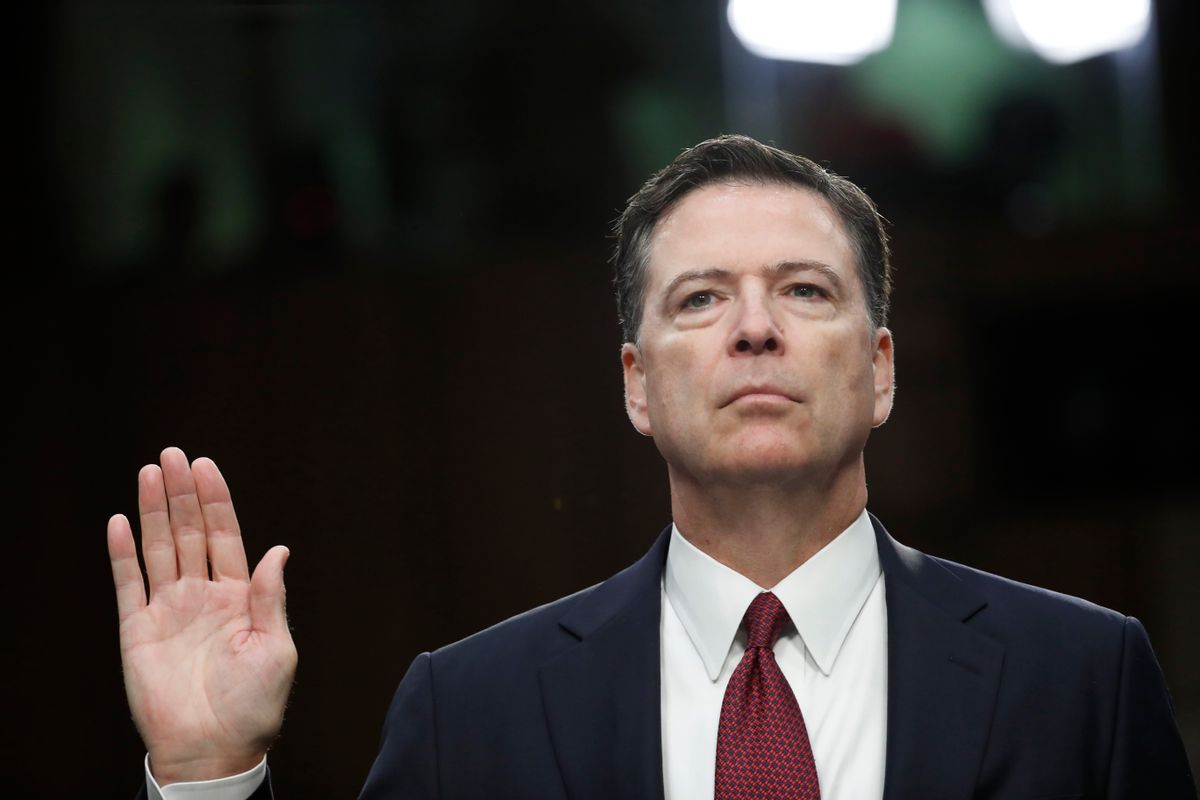 Following written testimony released on Wednesday, Comey appeared before the Senate intelligence committee today to offer testimony about what he described as Trump’s “inappropriate” and “very concerning” interactions with him prior to his May 9 firing.

In the wake of the explosive testimony — in which Comey branded the president a liar and said Trump ordered him to back off an investigation into former national security adviser Mike Flynn — Trump’s loyal propagandists in conservative media have suggested the hearing essentially put to bed any questions about Trump’s actions.

But legal experts interviewed by Media Matters disagree and say Comey's testimony alleges serious misconduct by Trump, including actions that could constitute abuse of power or obstruction of justice.

“It’s clear that with [Trump's] firing of Comey, he shows the combination of trying to influence the investigation lined up with what else Trump knew at the time and what Trump himself said: that he fired Comey related to the Russian investigation,” said Fordham University Law School legal historian and law professor Jed Shugerman when asked to react to Comey's testimony. “All of that together is very clear proof of Trump’s intent.”

“You have to look at the entirety of the testimony, the timelines and especially that it ended with the firing [of Comey],” Shugerman explained. “It is not clear that all the events just in the written testimony constitutes obstruction. The case for obstruction turns on the end result: the firing. When you take that all together, focused on a background to the firing, that’s the obstruction case.”

“I definitely think it’s abuse of power. I don’t know whether it is an obstruction of justice,” she said. “This episode is the latest example of his assault on the norms that keep presidential power in check. Whether it’s impeachable is whether you would call it a high crime or misdemeanor.”

Rodríguez explained that regardless of whether Trump’s actions constitute the typical legal definition of obstruction of justice, a case for impeachment can still be made on the basis of the president's conduct.

“If you couple it with other aspects of his behavior since he took office, you can begin to build a case for impeachment,” she said. “I don’t think the Republicans would impeach him, but it doesn’t mean the Democrats couldn’t heighten congressional scrutiny on the president and push the Republicans into a stature where they are forced to ask questions.”

“It is unusual for a president to be talking that way, and I think it is hard to say whether this rises to a level of obstruction of justice, but it is unusual and it is inappropriate,” he said. “It has certainly been the norm for presidents not to be inquiring about and expressing opinions about ongoing investigations. The president is usually arm’s length from — some distance from it — not to be opining about ongoing investigations and bringing it up not once or twice, but a few times. I think most people would find it unusual and inappropriate. If this were President Hillary Clinton and inquiring about an investigation of someone she knew, I would expect Republicans would be outraged.”

He later said Trump was “degrading the rule of law. The president is supposed to enforce the law faithfully, and that means uniformly that people don’t get special favors.”

“If what Comey testified to is accurate, it is very serious,” Seidman said in an interview. “So it appears that the president gave what amounts to an order to stop an investigation and when Comey didn’t follow the order he was fired. That is not that far removed from the kind of things that got Richard Nixon into trouble.”

“The Republican pushback is a strategy of isolating individual moments, but you have to put all of that in with the firing. In context and in tone, it felt like a directive from his boss,” said Shugerman.

Rodríguez echoed that view, stating, “Comey himself said he understood what he was saying as an order because of the context, and the context matters. It is very easy to see why he thought that was an order.”

Another emerging defense of Trump is that he shouldn’t be faulted for his interactions with Comey because he is a political neophyte who didn’t realize he may have been crossing any lines.

“That’s not true,” said Seidman, adding, “Whether he has a guilty conscience or not is not relevant either to the legal or the political question.”

Gerhardt agreed: “If that were true than we could see if this demonstrates a lack of competence, which may or may not rise to a level of an impeachable offense. It sounds like some people are saying this is just incompetence, which is not heartening.”