Oceans should be protected like national parks, scientists argue 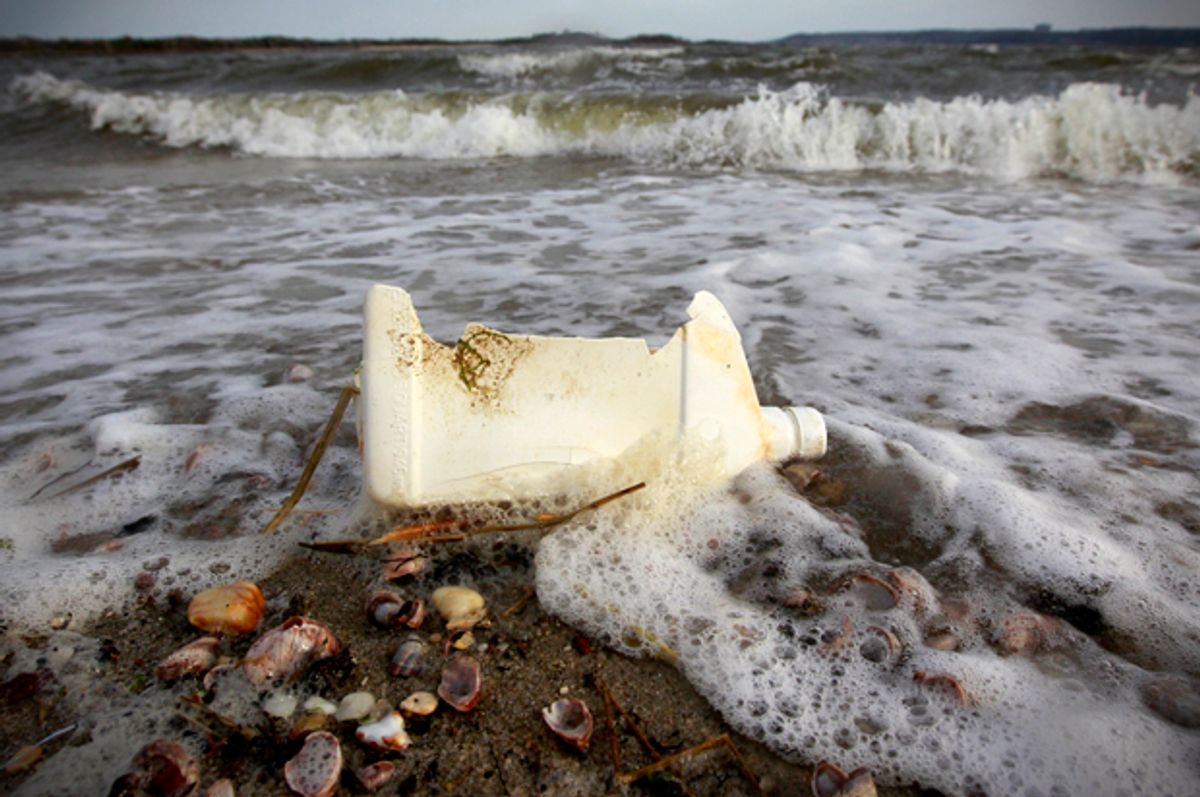 Setting aside vast swathes of ocean and protecting them from industrial uses such as overfishing and other development is critically important to helping both the earth and countries adapt to climate change, a global team of marine biologists says.

Large marine reserves can also help prevent some of the worst effects of climate change by helping to sequester atmospheric carbon dioxide and giving a boost to the biological processes that help ecosystems adapt, according to the team’s research, published Monday in the Proceedings of the National Academy of Sciences.

Protected land such as national parks and monuments have long been seen by some scientists as a solution to climate change because of their ability to preserve biological diversity and store carbon in dense forests. But the new study is among the first to show how protecting large areas of open ocean may also be part of solving the global ecological challenges posed by climate change.

“Marine reserves are insurance because they boost stocks of fish and improve the condition of habitats, increasing the coping capacity of the oceans to stress and damage unleashed by climate change,” said study lead author Callum Roberts, a marine conservation biologist at the University of York in the United Kingdom. “That is insurance for people who depend on healthy ocean ecosystems, like those living in vulnerable, low-lying coasts, or who are dependent on fish for food.”

The research comes at a time when the world is likely to miss the United Nations Sustainable Development goal of protecting 10 percent of the world’s ocean waters by 2020. In 2015, about 3.5 percent of the world’s oceans had received some level of protection. The world’s largest marine reserve, the Ross Sea Marine Protected Area, was created in 2016 near Antarctica. Such reserves allow some level of low-impact fishing.

“This is the first global analysis of research that looks specifically at the potential role of marine reserves in helping mitigate and adapt to climate change,” said study co-author Jane Lubchenco, a marine studies professor at Oregon State University and a former administrator of the National Oceanic and Atmospheric Administration under President Obama. “We conclude that marine reserves are a powerful but underutilized tool to help sequester carbon and adapt to climate change. In short, marine reserves are climate reserves.”

Today, some of protected waters are newly threatened. For example, the world’s largest “highly protected area” of ocean — Papahānaumokuākea Marine National Monument in Hawaii, which is nearly equal in size to the Gulf of Mexico — is among the national monuments being reviewed by the Trump administration for possible abolishment or reduction in size. A “highly protected area” outlaws any industrial activity, including fishing.

Deron Burkepile, an associate professor at the University of California, Santa Barbara who researches reef ecology and who wasn’t involved in the study, said the paper is a good summary of the potential benefits of marine reserves for helping to mitigate the effects of climate change.

“I would agree that marine reserves have a large role to play in protecting the integrity of marine ecosystems, and the human societies that rely on them, in an era of climate change,” Burkepile said. “Having intact ecological interactions really helps these systems be resilient to disturbances such as cyclones, coral bleaching, and heat waves. These disturbances will only get more frequent and intense as the climate warms.”

Marine reserves help both ecosystems and people adapt to climate change and mitigate it in a number of ways. They can help mitigate the worst effects of climate change by protecting wetlands and waters that store large amounts of the human carbon dioxide emissions. Oceans and coastal wetlands have absorbed about one-third of all human carbon emissions, and coastal wetlands are extremely efficient at capturing and sequestering that pollution.

But the ability of oceans to absorb and store carbon may decline as the climate warms.

“Coastal wetlands store organic carbon in underlying sediments for millennia and account for almost 50 percent of carbon storage in ocean sediments despite occupying 0.2 percent of ocean area,” the study says.

Small disturbances, seabed mining, and fishing can disrupt these ecosystems’ ability to store carbon — something that marine reserves can prevent.

Protecting coastal wetlands also helps some species adapt to ocean acidification. Ocean acidity is expected to increase by 100 percent or more by the end of the century as the oceans absorb more human carbon emissions, the study says.

Coastal mangrove forests and other wetlands help to reduce carbon dioxide concentrations in seawater locally and lower the acidity of water in the area, providing refuge for acid-sensitive species.

“Marine reserves protect these ecosystems from threats such as over harvesting, dredging and coastal development, helping safeguard their function as coastal defenses,” the study says.

Creating large networks of protected areas helps ocean wildlife adapt to different ocean temperatures and salinity. Those changes will force species to move their habitat to different regions, and marine reserves can act as safe “landing zones” for species forced to migrate as the climate changes.

Papahānaumokuākea Marine National Monument is one such network of protected areas, the study says. The monument, which covers 583,000 square miles of the Pacific Ocean in the northwestern Hawaiian Islands, is expected to become a refuge for coral as warmer waters push coral habitat northward.