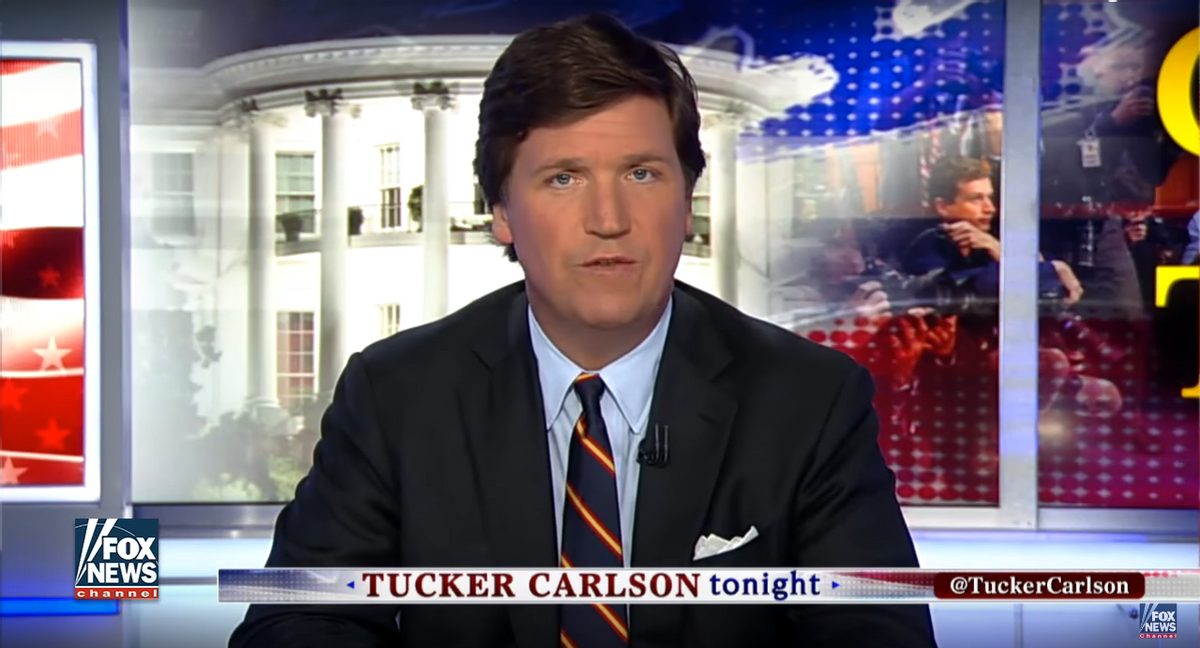 Without any rhyme or reason, Fox News host Tucker Carlson rekindled his feud with Lauren Duca on Friday, dedicating a whole segment of his show to "the problem" with the Teen Vogue columnist.

Since Duca made her first appearance on "Tucker Carlson Tonight" in December, successfully baiting the right-wing commentator into revealing his true colors, the feminist writer has launched her "Thigh-High Politics" column with Teen Vogue.

Carlson apparently does not appreciate the fact that Duca used his platform to catapult her own burgeoning media career.

“The most remarkable thing about Lauren Duca is that, for a writer, she can barely write,” Carlson ranted Friday. “And that’s a problem, even for someone paid to produce frothy political propaganda for a kids magazine.”

“Every time we mention Duca on this show, she gets more and more famous and more revered on the left,” he added. “Maybe next week she’ll be honored by the pope and the Dalai Lama. If we mock that, she could get the Nobel Prize for Literature. Fifteen years from now we could be making fun of President Lauren Duca."

The random tirade unnerved most of social media, with Duca herself even having to respond to the segment.

Fox News hosts have long attacked writers and journalists they perceive as liberal, or at least hostile to the conservative agenda. But Carlson's obsession with Duca seems to go beyond basic politics.

Concerned colleagues and fans of the Teen Vogue columnist took to Twitter to try to make sense of the bizarre segment.