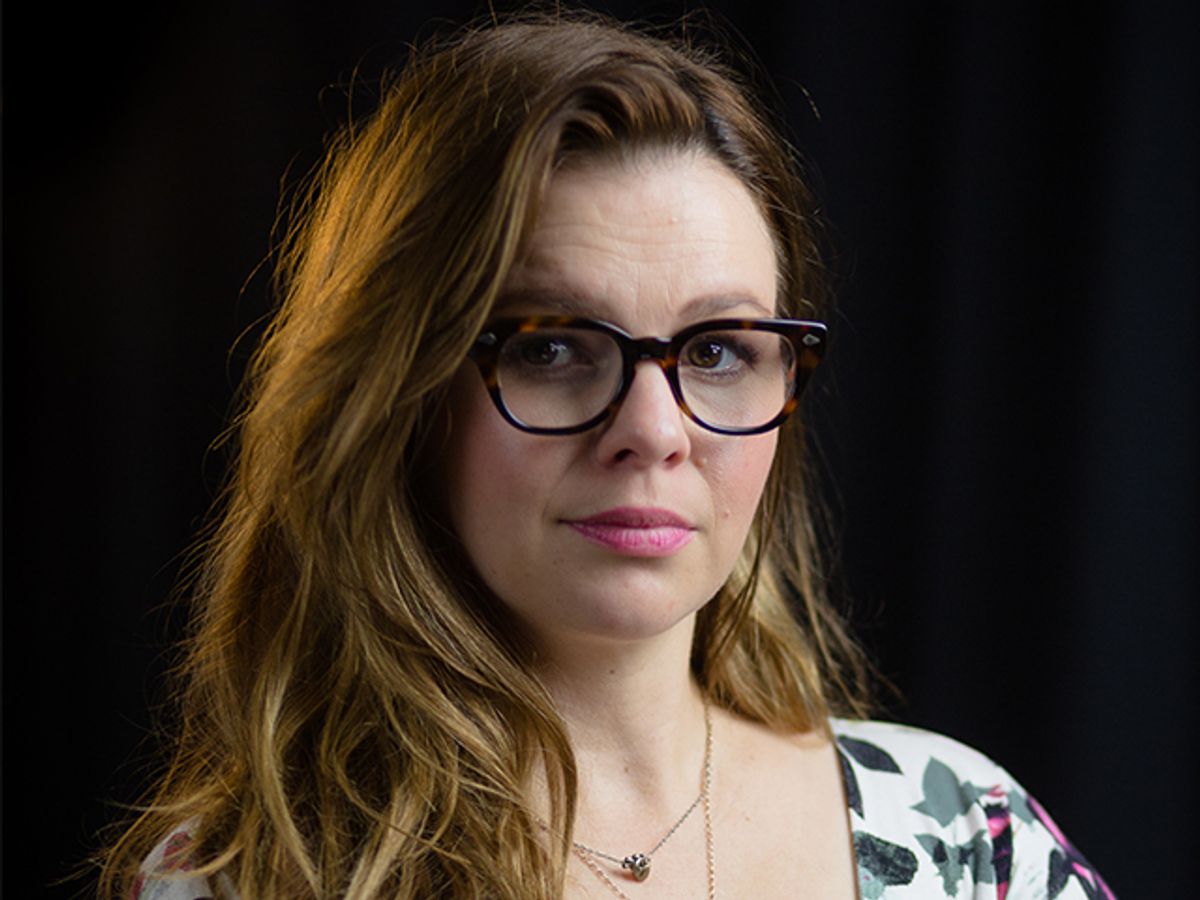 Motherhood and being a mom to a young baby girl now informs the art of actor and director Amber Tamblyn just as politics has in recent months, she declared during an episode of "Salon Talks."

After all, throughout the 2016 presidential campaign Tamblyn spoke out against Republican candidate Donald Trump on social media. In January when she was well into her third trimester of pregnancy, she attended the Women’s March in Washington and an anti-Trump protest in New York. A month later she welcomed her daughter Marlow Alice Cross into the world.

So when Tamblyn stopped by Salon's studio recently to speak with me about her directorial debut “Paint It Black,” I asked her how Donald Trump’s presidency is affecting her work as a poet, actor and director. “I don’t know any existence where my art won’t embody that conversation,” Tamblyn said.. “It’s magnified and even more intense now that I have a kid, and specifically, a daughter.”

In many of her published essays and poems, Tamblyn explores womanhood from various angles. She announced her pregnancy (and her support for Democratic presidential nominee Hillary Clinton) in an essay for Glamour, critiquing how society unfairly treats women.

As a resident poet for Amy Poehler’s “Smart Girls,” a website that encourages young women to become more curious about the world, Tamblyn wrote the poem “Y for YES,” sharing how her pregnancy overlapped with the '16 presidential campaign and her feeling that her newborn’s safety is beyond her control.

“I don’t know how I’m going to write a poem without talking, in some context, about being a mother now,” Tamblyn said. “It just has radically changed by identity but also made me aware of how important the role of the mother is, both in an archetypal way and in a very personal way.”

And in very dramatic ways, Tamblyn is acting on her aspiration to change how women are viewed in the world and on screen.

Her film “Paint It Black,” released in May dealing with two female protagonists grieving a suicide, shatters stereotypes around how women’s emotions are handled on screen.

“Looking at women is realizing their power and how incredible they are, whether you have a kid or not; it doesn’t matter,” Tamblyn said.

Catch more of our conversation about motherhood, activism and creativity on Salon.