Who in the hell is Scott Pruitt?! Everything you were afraid to ask about this suddenly important person

Got whiplash from the news cycle? Can't keep up with the names? Here's the deep dirt on Trump's climate hatchet man 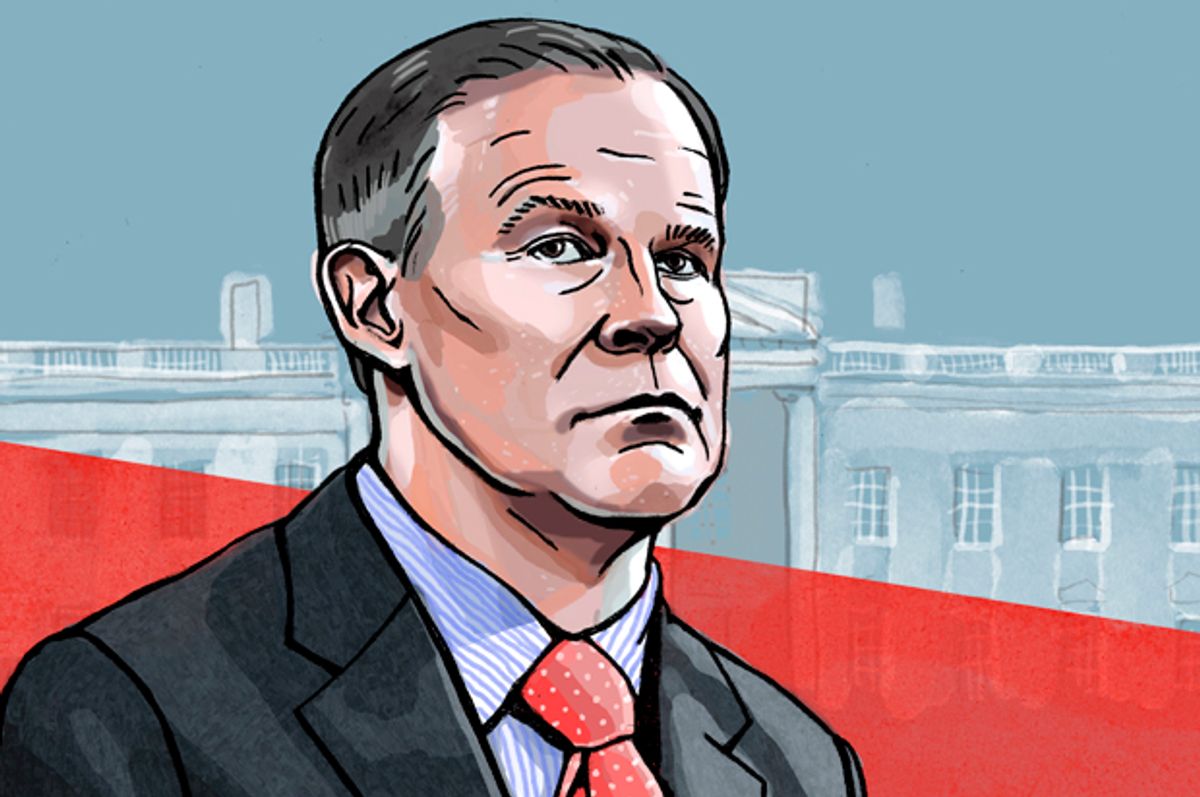 Pruitt believes satellite data, since disproved, that indicates that global warming has leveled off, which scientists call a hiatus. In the same way “Curb Your Enthusiasm” has been on hiatus and will be back in the fall. Or what used to be the fall.

BASEBALL BEEN OK TO ME: Pruitt went to the University of Kentucky on a baseball scholarship, but left after one season when he told the coach he needed to see more data before he would sacrifice. Before being elected attorney general of Oklahoma, Pruitt was a co-owner of the Triple-A Oklahoma Redhawks. Among the in-game promotions he created was the Seventh Inning Stretch of the Truth, where fans would stand with their hands over their heart while the PA announcer offered proof the planet was only 4500 years old.

WHERE THE NON-HARNESSED WIND COMES SWEEPING THROUGH THE PLAINS: Pruitt became Attorney General of Oklahoma in 2010, defeating Democrat Jim Priest by almost 31 points. He credited the convincing win to his campaign slogan, “Don’t Let Another Priest Touch You.”

After winning reelection in 2014, Pruitt dissolved the Environmental Protection Unit in the AG’s office, explaining that he didn’t feel environmental regulations should be enforced by his office, and besides that, he needed the room for a rib smoker and a coal-burning karaoke machine.

Before becoming head of the Environment Protection Agency, Pruitt had sued the EPA 13 times. If he had made it to 14, a local tailor in Oklahoma City was planning to custom-design him a nuisance suit.

In October 2014, Pruitt criticized the Supreme Court’s refusal to hear Oklahoma’s appeal in upholding the Definition of Marriage Act. Like many, Pruitt believes marriage should be defined only as the union between one man who wants to impose his religious beliefs on others, and a woman who wants a new bedroom set.

In 2014, Pruitt requested a delay in all scheduled executions in Oklahoma because the executioners were using the wrong drug in lethal injections. During the delay, Pruitt ordered that all last meals on Death Row be replaced with an unlimited buffet.

FAITH STUFF: Pruitt serves as a deacon at the First Baptist Church of Broken Arrow, Oklahoma. But he will only allow congregants to be submerged in water that cannot support marine life.

EP-YAY! On Feb.17, Pruitt was confirmed as the new agency head by the Senate, 52-46. Fifty of 51 Republicans voted in favor, while two Democrats, Joe Manchin and Heidi Heitkamp, coughed what sounded like “yes.”

President Trump’s first budget instructed Pruitt to cut the EPA from 15,000 employees to 12,000. He plans to get the first 1,000 out by offering a buyout package, and the rest by spraying formerly banned insecticides.

Trump admires the new EPA head’s ability to remain cool in the face of mounting criticism. Pruitt credits that to waking up every morning and drinking eight ounces of Freon.

PRESIDENT TRUMP ON PRUITT: “He’s a good guy. Good guy. Environment guy, right? We’re going to have the most phenomenal air and water. I said to him, ‘I expect phenomenal air and water,’ and he said, ‘What about terrific’? and I said, ‘Not good enough,’ and he said, ‘Got it.’ And then I said, ‘I don’t think you do. Listen to me. When I’m playing golf with the incredibly important people that I have to play with and one of these slobs dumps his second shot into the hazard on #5 at Trump National, right now it’s lost. Gone. You gotta drop a ball. The water is, well, it’s murky. Good word. Murky. I need the caddy to be able to find the ball immediately. I need him to say, ‘Sheik Johnson, you’re playing a Top Flite 3, right?’ That’s phenomenal water, and that’s what we’re trying to do.

YOU CAN KINDA QUOTE ME: Recently, Pruitt admitted that “human activity may contribute to global warming in some matter.” By the end of the day, he recategorized that statement as an unwanted emission.

NEW FAVORITE JOKE: What do you call Syria, Nicaragua and the United States? The Honda Accord!