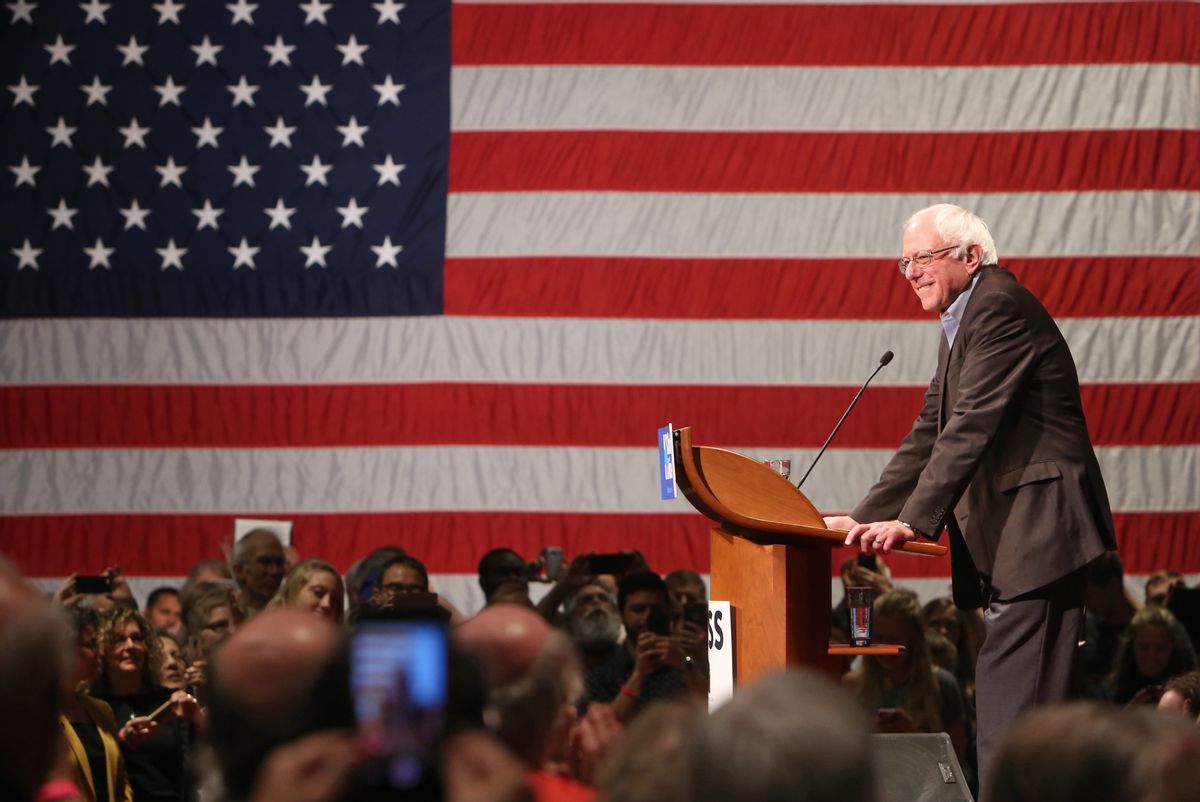 Standing before a crowd of progressive activists and some of his strongest supporters Sen. Bernie Sanders I-Vt., urged the Democratic Party to seek reform arguing that their "current model and the current strategy" is "an absolute failure." The longest serving Independent in congressional history also unapologetically blasted President Donald Trump for his "incredible hypocrisy," according to multiple news reports.

Sanders spoke on Saturday evening at the second annual "People's Summit" in Chicago, a three-day event for activists and progressive organizations "committed to social, racial and economic justice." Actors Danny Glover and John Cusack were in attendance as well as National Nurses United, Democratic Socialists of America and People for Bernie, according to Reuters.

"The Democratic party needs fundamental change. What it needs is to open up its doors to working people, and young people, and older people who are prepared to fight for social and economic justice," Sanders said, according to the Guardian. He added that the party "must understand what side it is on. And that cannot be the side of Wall Street, or the fossil fuel industry, or the drug companies."

Sanders also talked about Trump winning the election, but argued that it should hardly be considered a victory. "I am often asked by the media and others, 'How did it come about that Donald Trump, the most unpopular presidential candidate in the modern history of our country, won the election? My answer is that Trump didn't win the election, the Democratic Party lost the election," he said to a cheering crowd, according to CNN.

Perhaps the message that resonated with Trump voters the most was that that the president promised he would be a candidate that fought for the middle class, but Sanders pointed out how deceiving that message was. "Do not tell us that you are a friend of the working class when you throw 23 million Americans off of healthcare, and make devastating cuts to education, senior needs, nutrition, housing, and environmental protection," Sanders said.

"This is a man who ran for president ,,, telling the people of this country that he was going to stand up for the working class, that he was going to stand up to the political establishment and then, once he got elected and without a second's hesitation he brings more billionaires into his administration than any president in history," Sanders continued. "And he hires the former president of Goldman Sachs to be his chief economic adviser."