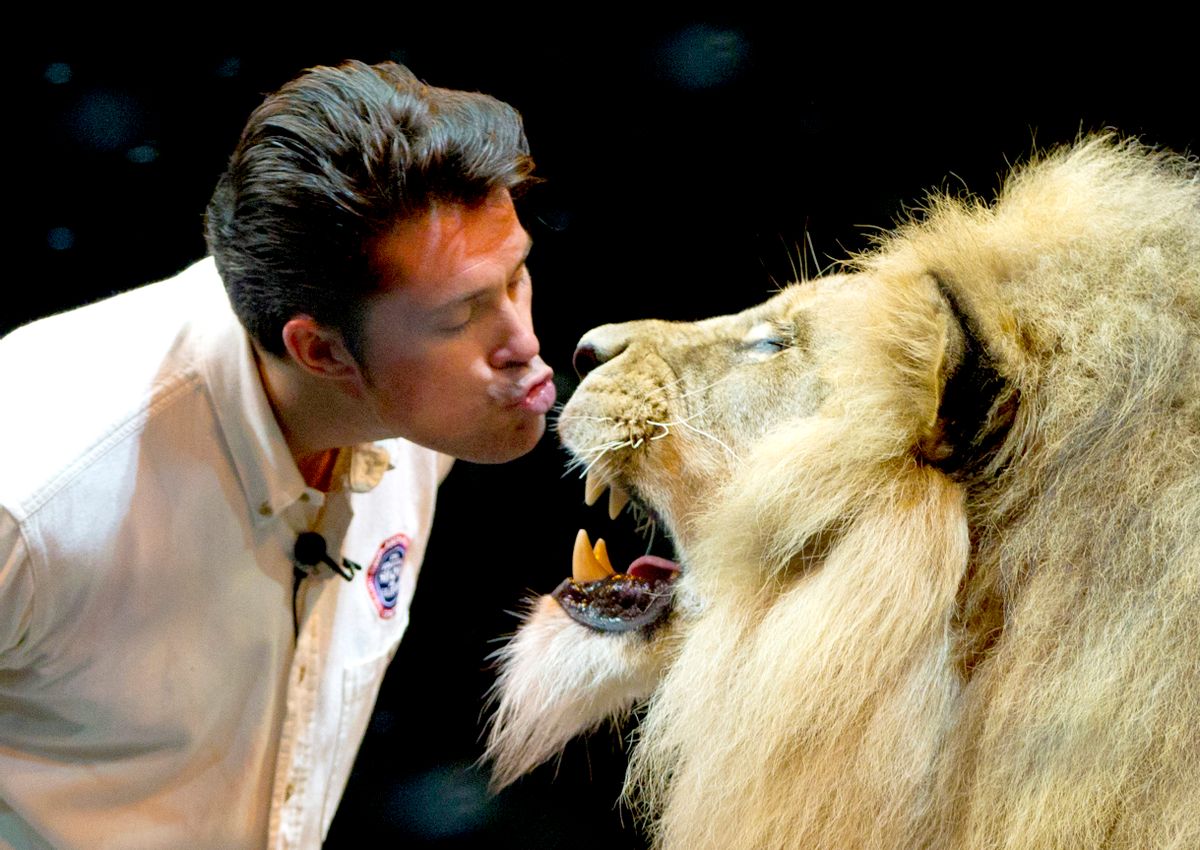 Ringling Bros. and Barnum & Bailey Circus has closed, but it still needs to find new homes for some of its animals. Ringling's recent bid to export protected lions, tigers, and a leopard to a German circus reveals deep flaws in the way the Endangered Species Act (ESA) is being enforced by the U.S. Fish and Wildlife Service (FWS). All of these animals are imperiled in the wild and, as such, are supposed to be protected by the ESA. The ESA applies equally to captive and wild animals for good reason. When it was enacted, Congress recognized the connections between the exploitation of captive animals and species survival. Every day we learn more about how deep these links run, including how exhibits featuring endangered species in close contact with humans can undermine legitimate conservation efforts.

One of the primary ways the ESA aims to protect species is through strict prohibitions, including a ban on exports. As such, it is illegal for Ringling to just ship these cats off to Germany. There is a narrow exception to this prohibition, though: If an export would “enhance the propagation or survival of the affected species,” a permit can be issued. When Congress enacted this exception, it put in place myriad safeguards, underscoring that it intended to “limit substantially the number of exemptions.” The Supreme Court has likewise recognized that permits are only to be granted “in extremely narrow circumstances.”

And yet, if experience is any indication, FWS will rubber-stamp Ringling’s permit to export these protected big cats. Indeed, the agency has repeatedly granted Ringling similar permits.

There’s no colorable argument to be made that exporting big cats so that they can be featured in a circus somehow “enhance[s] the[ir] propagation or survival” in the wild. While Ringling claims that such exhibits somehow raise awareness and benefit survival of the species, and even asserts that “lengthy and convincing evidence” supports this claim, no such evidence is anywhere to be found in its application, because it doesn’t exist.

To the contrary, FWS has determined that purported educational activities cannot form the basis of an ESA permit and that “no one has come forward with examples of how exhibition of living wildlife has any specific affirmative effect on survival of non-native species in the wild.” Indeed, as noted above, recent evidence indicates that such exhibits can in fact have a harmful impact on conservation. As tiger expert Dr. Ronald Tilson has written, “forcing tigers to perform in circuses has been detrimental to species conservation efforts because it gives the impression that tigers should be trained through brute strength and physical punishment. It also misleads the public into believing that tigers in the wild can’t really be so endangered if circuses are allowed to display them. . . . This exploitation . . . has actually lessened the general public’s appreciation for tigers in general and most specifically for wild tiger conservation.” Other experts have made similar observations.

Exporting these cats for circus performances not only fails to meet the threshold requirement for an ESA permit — that it help the species — it actually undermines the purposes of the ESA. Because of this, FWS shouldn't be able to lawfully issue the permit.

Yet in recent years it has issued many permits to Ringling and others to export endangered animals for circuses under a scheme that critics have dubbed “pay-to-play.” FWS essentially allows anyone to make a donation to buy themselves out of complying with the law. This absurd policy makes the ESA’s exceptions — which, again, Congress intended only to be granted in the narrowest of circumstances — virtually meaningless, and lets the exception swallow the rule. In fact, last year the Congressional Research Service determined that “ESA permits are rarely given for their intended purpose of direct benefits to at-risk species, and instead virtually every one of the more than 1,300 ESA permits given out in the last five years involves this pay-to-play scheme.”

Ringling’s application is even worse than most, which at least propose to make a donation in exchange for the permit. Ringling brazenly tries to stretch the loophole FWS has created without authorization even further. It doesn’t even offer to make a new contribution. Instead, it seeks to justify the permit based on money that it already donated, much of it years ago — contributions that have no nexus whatsoever to the export.

Let’s hope that for once FWS won’t bend over backwards for Ringling and will instead put the interests of imperiled animals first and deny the application, as the law requires.