Donald Trump's threats about having "tapes" is likely a bluff: biographer 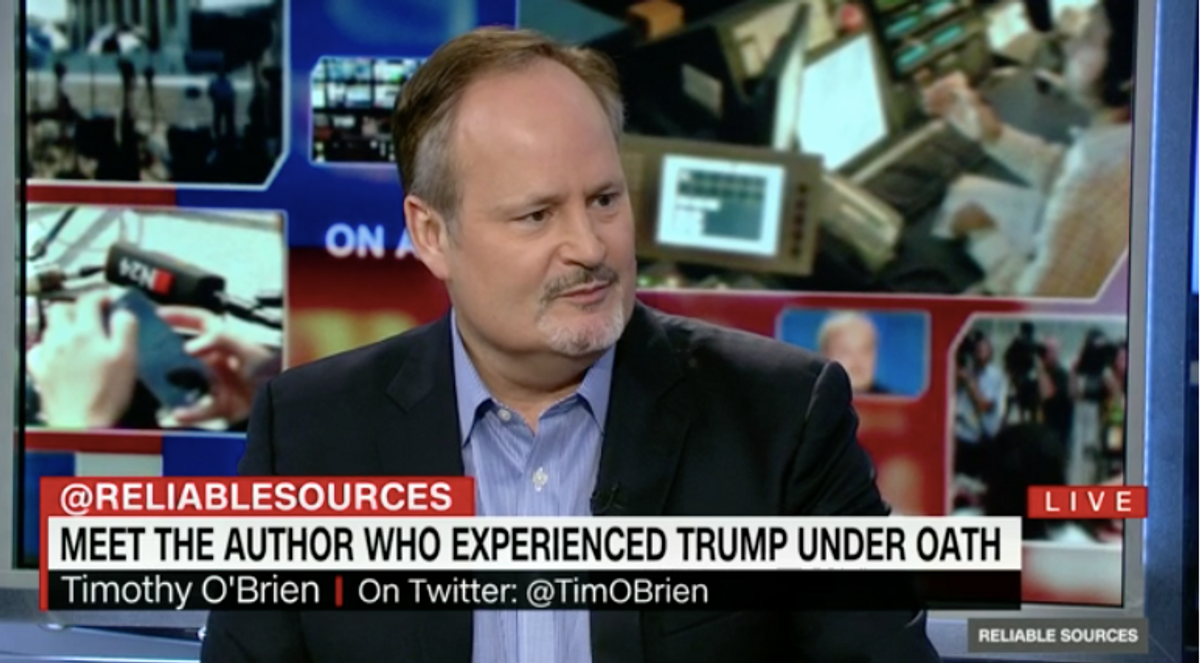 Threatening those who oppose him with tape recordings of prior conversations is likely nothing more than a tactic of fear for President Donald Trump says one of the people who may know him best. Biographer Tim O'Brien explained on Sunday that Trump once threatened him with recordings of their conversations amidst a lawsuit on O'Brien's book "TrumpNation: The Art of Being the Donald" — except it was all a bluff.

Appearing on CNN's "Reliable Sources," O'Brien explained to host Brian Stelter that Trump often distorts the truth. "His loose association with the truth becomes problematic when he’s confronted with documents," O'Brien said. "We’ve had decades now of Trump frequently lying or exaggerating about a wide range of things."

O'Brien revealed to Stelter that Trump had done the same exact thing to him, only there were never any tapes.

"He’s said this over the years to reporters when they go into the Trump organization, ‘I just want to let you know that I’m taping you right now,'" O'Brien said. "And he said it multiple times during my interviews with him. He said that into my own tape recorder when I recorded our interviews."

"But when he sat down for the deposition, my attorney said, ‘Mr. Trump, do you have a taping system?'" O'Brien added. And he said no. And [my attorney] said, ‘Why did you say this to Mr. O’Brien.’ And he essentially said, ‘I wanted to intimidate him.'"

Trump said last Friday that he would "100 percent" testify under oath about his conversations with Comey and even accused the former director of committing perjury during his hearing last Thursday.