Biracial identity in America was changed in the 50 years since Loving v. Virginia 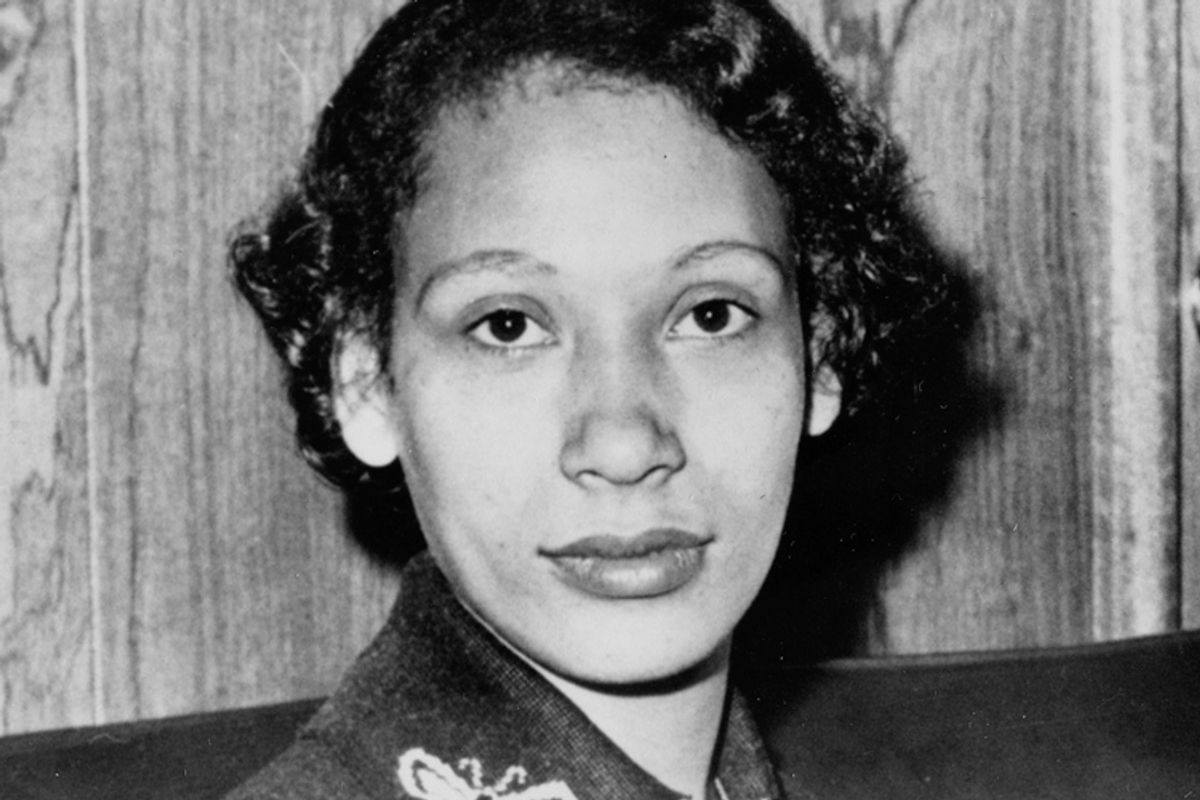 Fifty years ago, on June 12, 1967, the U.S. Supreme Court handed down one of the most important civil rights decisions in American history, Loving v. Virginia. The landmark case ended the last of the country’s state laws banning interracial marriage — prohibitions described in the case’s oral arguments as “the most odious of the segregation laws and the slavery laws.”

This wasn’t simply the dramatic end to longstanding policy justified with biblical assertions about the separation of the races. In the most intimate human terms, the court’s decision marked the end of a difficult journey for Mildred and Richard Loving, the interracial couple at the heart of the case. In the years leading up to the Supreme Court decision, for the crime of being married as a woman of color and a white man, the Lovings faced harassment, a police invasion of their home and even jail time.

The Loving decision has both political and personal meaning to me, the mother of two biracial children and a documentary filmmaker and scholar whose work is grounded in social justice.

Social change in U.S. civil rights often has been rooted in an act of the court system, evident in the related Supreme Court decisions Brown v. Board of Education (1954), which declared “separate but equal” public schools for black and white children as unconstitutional, and Obergefell v. Hodges (2015), which affirmed the constitutional right of same-sex couples to marry. And yet, as history shows, societal change ripples out slowly in the decades that follow such decisions, embodied in social norms and the generational shifts in our cultural perspectives. Social change, in other words, happens through daily life and our understanding of one another, and through what we pass along.

For me, a white woman married to a man of color, raising two biracial children, the anniversary of Loving v. Virginia represents a recognition of progress and social change — but it also spotlights work still to be done. When I became a mother, I was unprepared for how much more I would intimately feel, see and understand about race — and race relations — in the U.S.

I realized quickly how much I don’t know — but also how much others don’t know, either, about the cultural and psychological realities for biracial people. Attempting to tell the story through film, then, might contribute to the cultural understanding that helps foster positive social change. After all, biracial people have been officially counted by the U.S. Census only since 2000. In some ways, this is a new chapter in the very old legacy of miscegenation in America.

Two moms embark on a journey

And so it was, against the backdrop of the waning days of the Obama presidency, that Leena Jayaswal and I decided to produce a documentary film, entitled “Mixed,” to examine America’s deep cultural ambivalence about its rapidly changing mixed-race reality. Jayaswal, a fellow documentary filmmaker and professor, is a woman of color raising a biracial son with her white husband.

We set out to answer questions like: What is it like to be a biracial person in today’s America? How does biracial identity develop, and what should the rest of us understand in order to not inadvertently trivialize, fetishize or discriminate against biracial people? What does the country think of our kids and families, and how are they reflected in the culture, a half-century after Loving v. Virginia?

From our journey through North Carolina and California and New York and Ohio and Texas and beyond, what have we learned? Here are a few highlights.

Despite our cultural tendency to fetishize biracial people and celebrities as exotic and beautiful, racism is a reality. In 2013, when a Cheerios TV commercial included a biracial family, the racist response made headlines around the country. Two years later, a similar ad in Houstonia magazine elicited letters expressing disgust about the featured biracial family. In 2016, Old Navy was the target of online ire aimed at an online ad’s interracial family.

We explored these reactions with psychology scholar Allison Skinner, who learned in a recent study that a group of white respondents experienced feelings of disgust when they saw images of black and white people together as a couple — a significantly different response than seeing two people of color together, or two white people. Skinner concluded that this is a learned perspective, and, as she wrote, “we are not born with these biases.” It’s dangerous to assume, then, that focusing on “the beauty” of biracial people is evidence of understanding their full personhood — or that such surface-level aesthetic judgment is proof that implicit bias and racism isn’t an issue. Talking about race and racial identity is important, particularly when children are learning to navigate the world around them. We can undo this societal damage.

Normalizing reflections of biracial people and families in American entertainment could be helpful. Despite the fact that interracial romance can be found across the TV landscape today (“Grey’s Anatomy,” “Scandal”), biracial individuals and families are scarce in entertainment programming without a sexualized portrayal, which may contribute to our tendency to festishize biracial people.

Some media research tells us that our interaction with media characters can feel similar to our real-world interactions with people, and thus, can reduce prejudice against others different from us. In other words, when we see and like characters in entertainment who are different from us, it makes a difference in how we feel about people in the real world.

“What are you?” is a question many biracial people hear consistently. Or, they’re placed into one category or another – too much of one thing, not enough of another. Both ends of the spectrum can give a message: You don’t belong. As parents and a culture, when we force mixed-race people to choose one or the other, we can harm their emotional well-being and self-esteem.

According to psychology scholar Sarah Gaither, multiracial people experience tension when they have to conform or select only one of their groups, “whether due to social context or societal pressures to conform to a monoracial category.” But Gaither’s work also points to the resilience and unique experience of biracial people: They have a connection to more than one racial identity and perspective, which makes them more fluid and flexible in their behavior when interacting with diverse others. And, they show less racial bias in how they perceive others from different racial backgrounds. It’s not up to us — monoracial parents and the culture — to force biracial individuals into one racial category or identity. Similarly, it’s up to biracial people themselves to choose their own cultural labels — whether “mixed,” “biracial,” “swirls” — or to make the choice to culturally identify as monoracial, as did former President Barack Obama.

In another 50 years, this inquiry hopefully will be a time-capsule relic, as the population grows more diverse. But today, in 2017, how we understand and open the door to talking and thinking about race will help shape the equity of that future. We can look in the rear-view mirror at 1967 and Loving v. Virginia, and we can clearly see progress. But the future is ours to shape, through every conversation we embrace or perspective we choose to teach.