"Luther" is back! BBC announces season 5 with Idris Elba 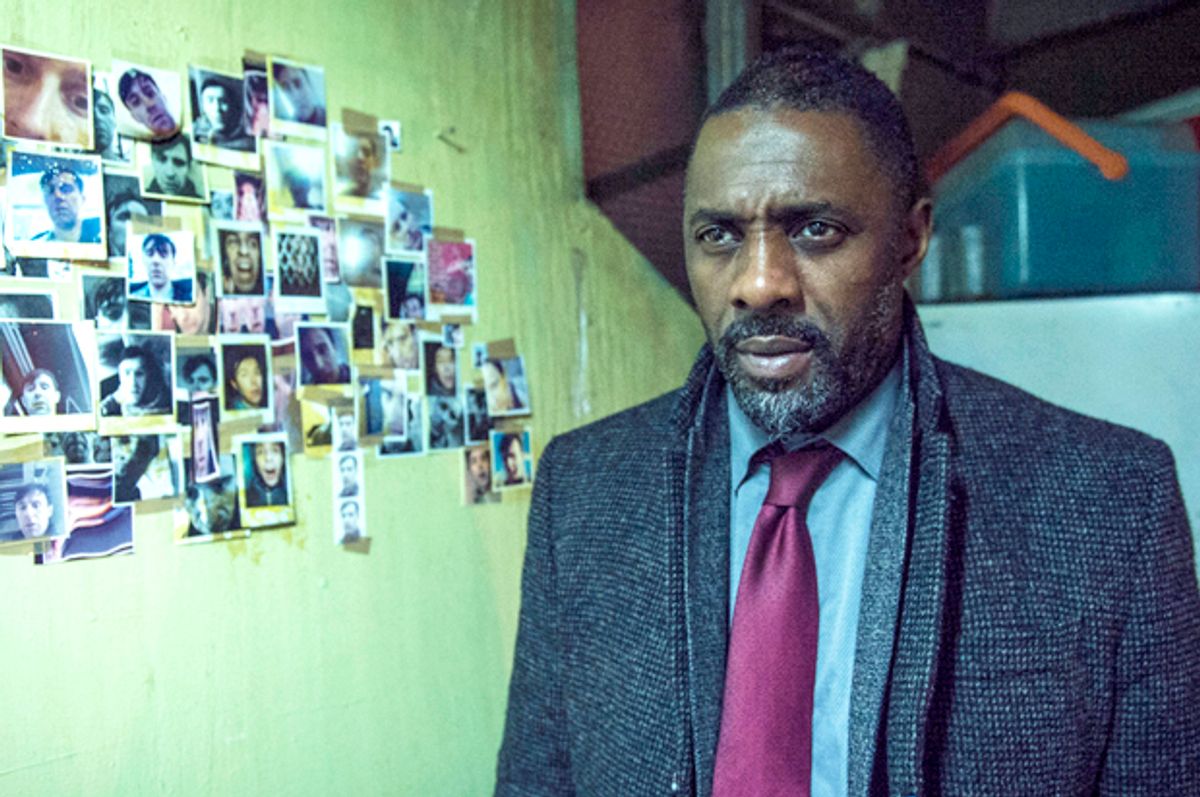 Good news for those who enjoy quality British television with smoldering British actors: Variety reports that the BBC has commissioned a fifth season of the beloved, neo-noir detective show "Luther" starring Idris Elba.

On top of Elba, series creator Neil Cross is also set to return behind the scenes of the new 4-episode season. “Because we love John and wonder what he’s up to,” Cross said. “In the end, we picked up the phone to some old friends and asked if they’d like to find out what happens next. It turns out, they would. So that’s what we’re going to do. We’re going to find out what happens next.”

Elba added, “I am thrilled that we have been able to bring it all together. I look forward to putting the coat back on.”

A critical and popular hit, "Luther" first aired on BBC in 2010 and has returned for periodic bouts of episodes since (it last surfaced in a 2-episode season in 2015). Dark, brooding, but not without charm and humor, Elba's turn as series lead John Luther cemented his status as a star on the rise.

Elba has been working his handsome tail off as of late. Not only will he be appearing in "The Dark Tower" franchise (adapted from the Stephen King book series), but has already shot roles in the upcoming films "Thor: Ragnarok", "The Mountain Between Us" with Kate Winslet and the Aaron Sorkin helmed "Molly's Game" with Jessica Chastain. Earlier this year he appeared in the period thriller miniseries "Guerrilla" on Showtime and the BBC Three miniseries "Five by Five".

While there is no release date for the new season set as of this time, reports confirm that it will air on BBC in Britain and BBC America stateside. There is also no news as to whether Luther's brilliant nemesis and love interest Alice Morgan (Ruth Wilson) might — somehow, magically — return. It's unlikely, but as this renewal shows, much is possible at the BBC.