Will there be men-only train cars in Japan? Should there even be women-only cars? 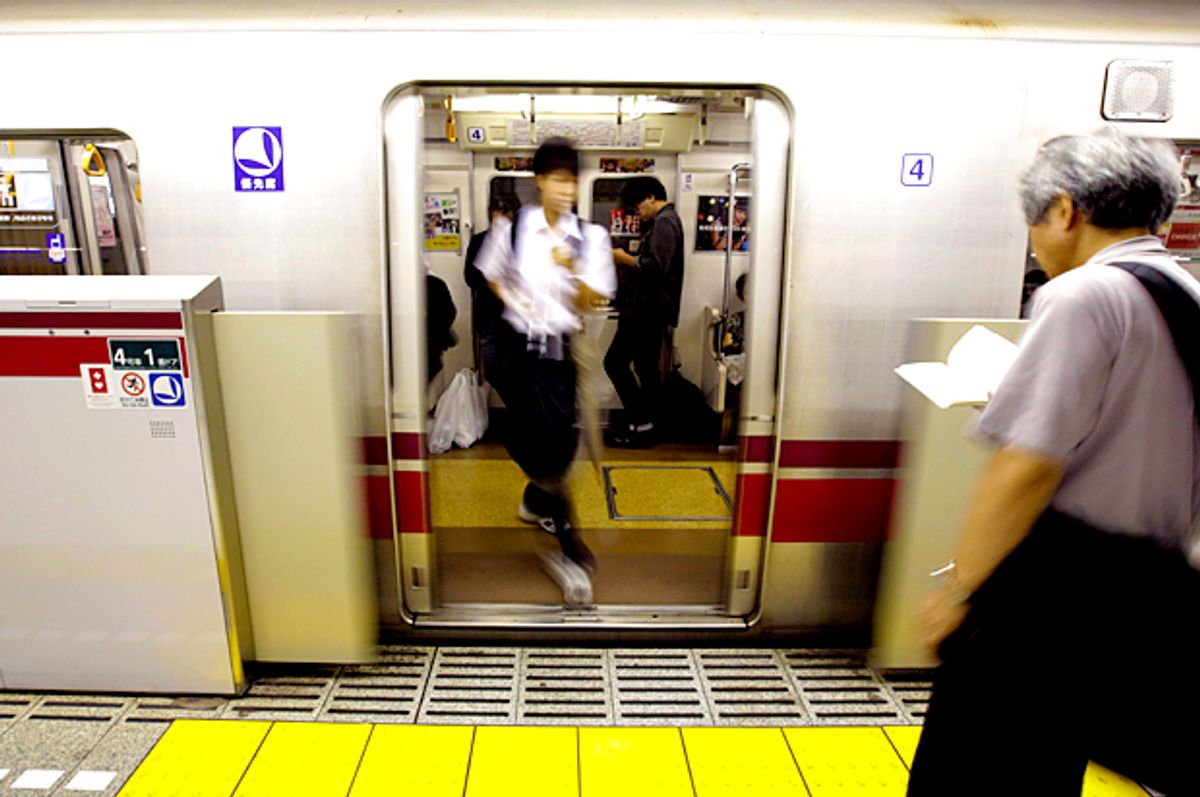 Last month, a man died running from police after a female passenger at the Aobadai station in Yokohama, Japan, accused him of touching her inappropriately.

The woman reported that she “felt something strange on the right side of her waist” from the man behind her, but when a nearby upstanding citizen tried to hold him down until the police arrived, the man shook him off, ran onto the track, and was hit by an oncoming train.

This isn’t the first time this has happened. A few days before the incident in Yokohama, another man in Tokyo died running from police after being accused of molesting a woman. While the police were questioning him at Ueno Station, he tried to run away and suffered a fatal fall from a nearby building. Six other instances of men running from molestation accusations have occurred in the last three months, though none have resulted in death.

In response to the recent extreme accidents, some men took to the internet, calling for men-only cars as well. Tweets claimed “fear of false accusations for men is reaching its peak” and defended the “innocent men” and “working dads” against “women who make false charges.” One Twitter user even tweeted a manga clip from an adult fanzine about a teenage girl receiving fatal retribution for making false claims against innocent men. It was retweeted 24,000 times.

Trolls aside, there is a “groping insurance plan” available to men fearing false accusations in Japan from the Small Amount and Short Term Insurance company. Until recently, about twelve men purchased it per month. In May, the purchase rates saw a sharp increase, numbering in the hundreds.

Japanese railways have been offering women-only cars in Tokyo since 2001 and other cities, like Osaka, have followed suit. This is in an effort to curb the nation’s longstanding groping problem. The problem, according to Annette Ekin of Al Jazeera, has persisted with tenacity in Japan due to trumped up reports of false accusations, a male-dominated media, the fetishization of school girls in uniform, and the normalization of groping in Japanese society. As Hiroko Goto, professor of criminal law at Chiba University and vice president of Japan-headquartered NGO Human Rights Now, told Ekin, many people in Japan don’t understand groping as a criminal act. "[For] society at large, it's not a big problem; that's the kind of double standard [between] the victims' viewpoint and the social viewpoint."

Japan is not alone in the women-only-train-car initiative. Railways in Egypt, Indonesia, Germany, Malaysia, and India all offer women their own sections on the train. While Japan is the only country (so far) to hear calls for men-only train cars, the issue that’s most often debated is whether or not women-only train cars should exist in the first place. A Quartz essay calls the ladies compartments in Delhi “restrictive” and “a step backward for women’s safety in the long run,” while another Delhi resident defends them to NPR for being “one good way for us to assert our right to public spaces.”

Is the right answer, to use a dirtied word, segregation?

There’s a difference between discrimination and targeted groups seeking safety as the root cause of said segregation, and many women draw their bottom line at personal safety as the only thing that matters. Even unwanted attention, if only a discomfiting gaze or a few words, is still just that: unwanted. Same-sex train cars offer women the space to feel secure and comfortable.

Perhaps giving women physical and emotional breathing room during their commutes is a noble cause, but don’t we know from experience that “segregation” rarely achieves its original intention? Under the guise of protection, women-only train car initiatives tread dangerously close to sending the message that men shouldn’t be expected to exhibit self-control (like the majority of that population already does), and that women aren’t safe in mixed company.

If the female-only car exists as the answer to sexual misconduct on public transportation, then there is yet another dangerous implication: that the subtext of “mixed” cars and “female-only” cars reads “groping” and “non-groping.” What about women who choose to ride in mixed cars? Segregated cars leave far too much room for assumptions that women who don’t opt for a female-only commute are unfazed by unwanted attention, a pathway that could lead to victim-blaming. This is to say nothing of the troublesome male-female binary — though it’s highly underreported, male predators target male victims too.

Maybe same-sex train cars are a plausible stopgap while rape culture still rages, but in the end, is freedom in a confined space really freedom?