"ACORN and the Firestorm": A withering chronicle of death by media

Reuben Atlas' documentary breaks down how the scandal happened and how, unheeded, it could happen again 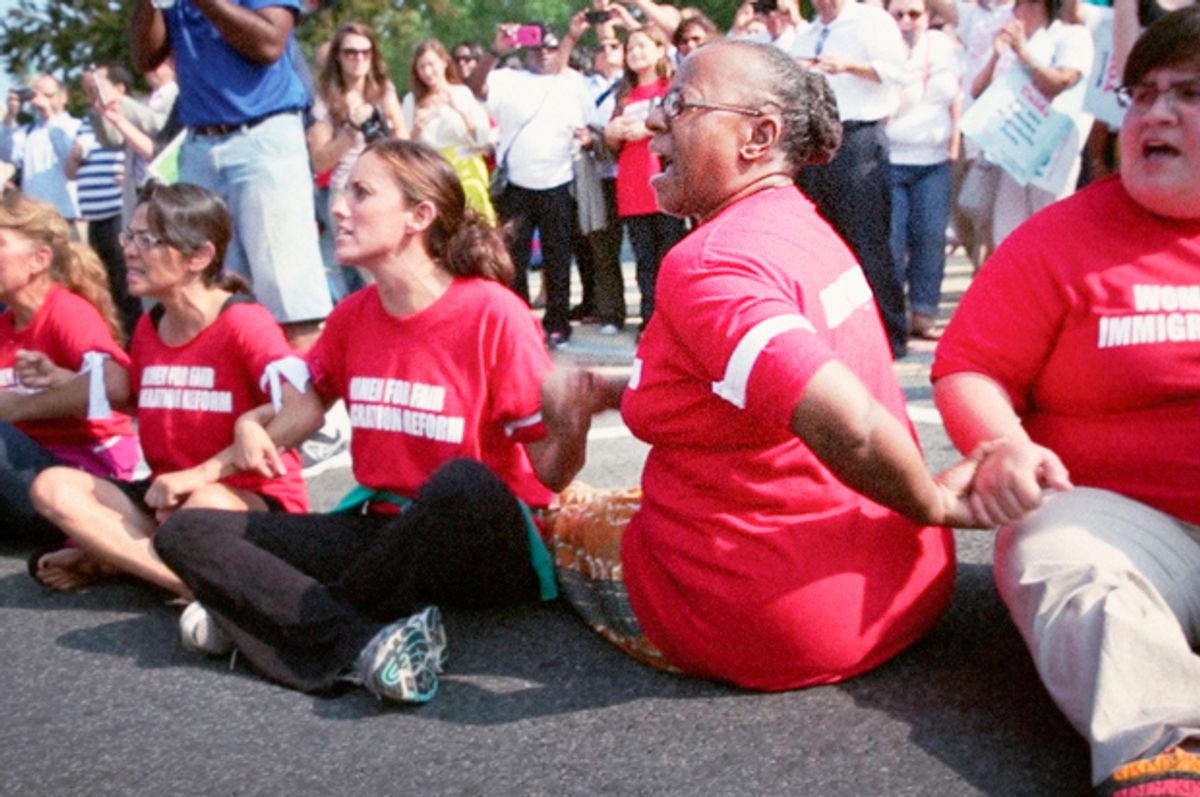 One of the superpowers of the documentary form is its ability to provide what the 24-hour (more recently veering toward 24-minute) broadcast and online-media news cycle often can't: the nuanced story behind the headlines.

Take, for example, that hubbub almost a decade ago when the hardscrabble community rights group ACORN was ripped to shreds by accusations of voter fraud and a proto-alt-right video suggesting the organization was using tax dollars to set up brothels.

Many, many news cycles have passed, but that doesn’t mean the impact of that sordid tale doesn’t reverberate today. Director Reuben Atlas’ “ACORN and the Firestorm,” a new documentary that relays a refreshingly clear and balanced narrative about the controversy that swept up the Association of Community Organizations for Reform Now during the 2008 presidential election, has been on the film festival circuit since premiering at this year’s Tribeca Film Festival. There none other than the conservative agitator and maker of that original anti-ACORN video, James O’Keefe, showed up and whined that he wasn’t allowed into the screening.

As the news cycle continues to turn, the film feels disturbingly relevant and obsolete at the same time — which is to say that it is very much a documentary of our age.

Salon spoke with Atlas about the film, which is next screening at the AFI Docs festival in Washington on June 15. Keep your eyes open for O’Keefe flopping on the red carpet, mugging for a camera and telling his own narrative.

What has been the primary response to the film from festival audiences?

A lot of people were shocked about the prescience of the ACORN story. It’s linked to the present because Breitbart basically launched on the back of the ACORN sting videos, but the film also ties together issues surrounding voter fraud, the fight for $15 and how to be an activist. Urgent, infuriating and fair were words we heard a lot. For some audience members, they felt we were too fair. But those people also seemed OK with a film that was not overly polemic.

Your dad [James Atlas] wrote the book ["Seeds of Change: The Story of ACORN, America’s Most Controversial Antipoverty Community Organizing Group"] as it were, on ACORN. How did the film take shape and how was it working with him?

My father, after a lifetime of work as legal aid lawyer, spent six years writing a book about ACORN. He chose it as his lens to determine the extent to which his generation of progressive '60s activists had effectuated any long-lasting, meaningful change.

He finished writing just as ACORN found itself in the mud of our collective political discourse. When the acronym started showing up in chant form at Tea Party rallies as a symbol and proof of all things wrong with Obama and liberalism, a film seemed essential. Sam Pollard, who was a producer and mentor on my first film, “Brothers Hypnotic,” liked the idea of an ACORN film, too, so we decided to co-direct. My father advised us and introduced us to many of the ACORN staff and members, and although his book was our initial inspiration, we approached everyone as open-minded as we could. My father is one of my heroes so I loved working with him, even though we disagreed a lot and even when he drove me completely insane.

You take pains to get both sides of the story. Why did you do that and did you achieve what you were hoping for?

We always wanted the film to reach beyond the choir. A Fox News watcher familiar with ACORN probably thinks it’s a criminal enterprise that traffics underage sex workers. In 2012 Public Policy Polling showed that when asked whether Obama won the election fairly or if ACORN stole it, 49 percent of Republicans and 6 precent of Democrats thought ACORN stole it. That was two years after ACORN shut its doors. A lot of the misinformation surrounding ACORN and the way it was disseminated became the blueprint for the rise of Trump.

For the people who watch Fox or might not align with ACORN politically, we want them to watch without feeling manipulated. We want them to be able to make up their own mind. We also wanted to paint fuller pictures than what was portrayed in the news of the people who built ACORN and those who contributed to its downfall, and I think we did that. I think advocacy films are critically important, but that’s not what we wanted to do with this film.

During the firestorm, is there something that could have saved ACORN? A politician who went silent? A different response on the part of ACORN?

I don’t think any one person or entity could have saved ACORN, but if the funders and politicians who supported ACORN over the years stood behind the organization, instead of abandoning them by either freezing funds or by staying silent, that would have helped significantly.

Do you think ACORN has a place in the current state of progressive political activism?

Yes, a lot of people are trying to figure out how to be active or involved. ACORN’s model of community organizing is a great place to start. The rebranded ACORN groups are already way beyond having a place at the table. Some are at the heads of them, and others are building their own tables to sit at, but all are fighting for fair pay for a fair work week, accountability on Wall Street, better low-income housing, better schools, racial justice, immigrant rights and many other critical issues.