"Broad City" will bleep out Trump's name next season, which seems fair

The show's stars are still firmly With Her 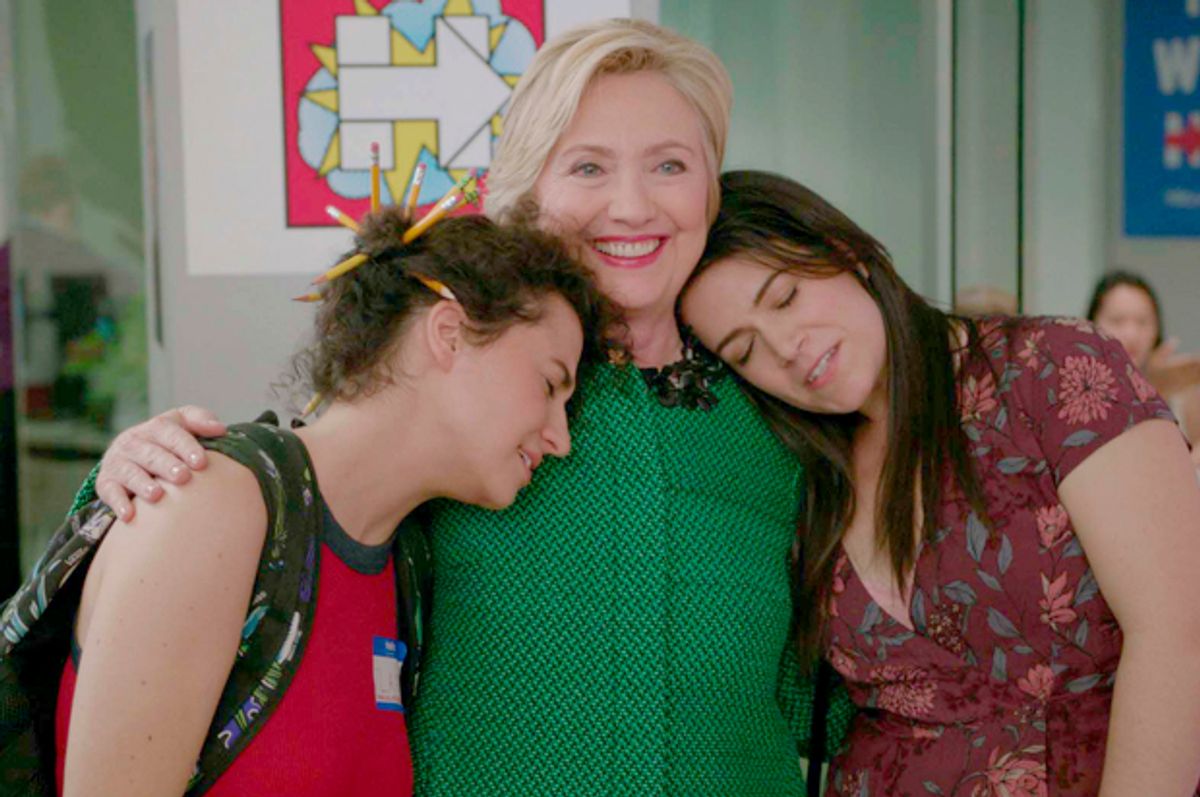 For a show that's chock full of four-letter-words, blatant drug use and on-screen orgasms, you would think that just about anything is fair game. As it turns out, though, there's one word (or shall we say two) that will be verboten on the upcoming season of "Broad City."

The name "Donald Trump" won't be heard at all in season four of the hit show. "There's no airtime for this orange (person)," series co-creator and co-star Ilana Glazer told USA Today. "We bleep his name the whole season."

Speaking about how her character, also called "Ilana", is coping with the new administration, Glazer added, "Ilana's 'powers' are decreasing during the current administration because it's just so hard to (orgasm) when you know so many people are in such danger. So Ilana works through her Trump-related (hang-up) and it's wild." Intriguing.

When the trailer for the upcoming season was first released, it was clear that there was no love for our current president, but now it's obvious just how much hate there is. According to Glazer, she and her "Broad City" co-creator and co-star Abbi Jacobson were so sure of a Hillary Clinton victory that they based the entire fourth season on it and were just as shaken as most of the country when she lost.

"We wrote being like, 'Here we go! Hillary for president!' " Glazer said, but added that after "this game-show host became president of our country, we rewrote a lot."

Season four, which premiers August 23, is "deeply rooted in this time," Glazer said. She added that the new season was heavily influenced by Trump's win, and its the only show making a pivot in light of real-world presidential events.

CBS's "The Good Fight" rewrote their pilot episode to include Trump's inauguration, "Blackish" crafted up a brilliant episode on the election outcome and ABC's "Quantico" regularly deals with current issues with the administration, such as "fake news" and Trump's travel ban.

At the ATX Television Festival this week, Trump's influence on television was a hot topic. Former "House of Cards" showrunner Beau Wilimon explained the impact. "Whether you support Trump or not . . . it's still a traumatic event for the country, one way or another, in terms of the schism and the divisiveness and the polarization, and we will be contending with those consequences and ripple effects for decades to come," he said.