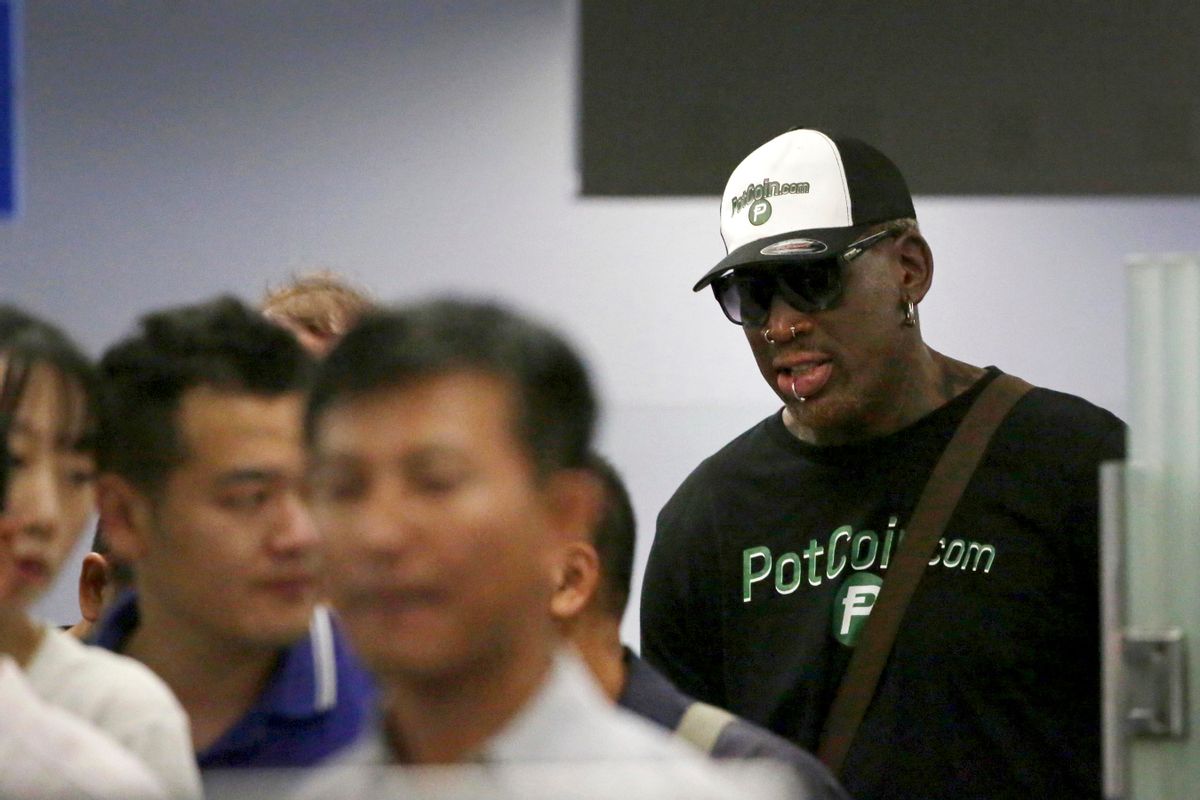 On his fifth visit to the secluded Asian country, Rodman announced via Twitter that he is relying on PotCoin to fund his voyage.

According to PotCoin's website, the currency "was designed to empower, secure and facilitate the legal cannabis community’s transactions by creating a unique crypto currency for this thriving industry."

PotCoin's interest in North Korea, an isolated country, was not immediately known and none was provided in a press release from the company announcing Rodman's trip. Indeed, the exact nature of marijuana laws and marijuana cultivation in the country are hazy due to a lack of credible literature on the subject.

For years, there have been rumors that North Korea was a cannabis paradise with legal, open use ubiquitous. More often than not, though, those reports are spurious and perhaps inspired by another substance the locals smoke.

There are further reports that the government of the Democratic People's Republic of Korea — in which non-smokable cannabis is grown on an industrial scale for industrial use —  is itself involved in the illicit drug trade. That said, unsanctioned drug smuggling remains a capital offense in the country.

"Dennis Rodman is in the very rare position to be able to claim long-time friendships with both the Supreme Leader of North Korea, as well as with the current President of the United States," PotCoin's statement read.

The press release also contained a quote from Rodman’s long-time agent Darren Prince, "Anyone who knows Dennis knows he’s trying to use his relationship to open the line of communication and send a message of peace and understanding."

Rodman's arrival in North Korea seems curiously timed, as U.S. student Otto Warmbier was released from the government after being detained for over a year. Before he departed, Rodman said the issue of detained Americans by North Korea was "not my purpose right now," Business Insider reported.

The former NBA player's friendly relationship with North Korea has engendered detractors at home — many of whom feel as if Rodman has not properly used his influence to better U.S.-North Korea relations.

Even the current U.S. president once weighed in on the particular relationship the 5-time NBA champion has with the leadership of the DPRK: