Facing criticism about his use of Donald Trump's likeness, Oskar Eustis addressed his audience 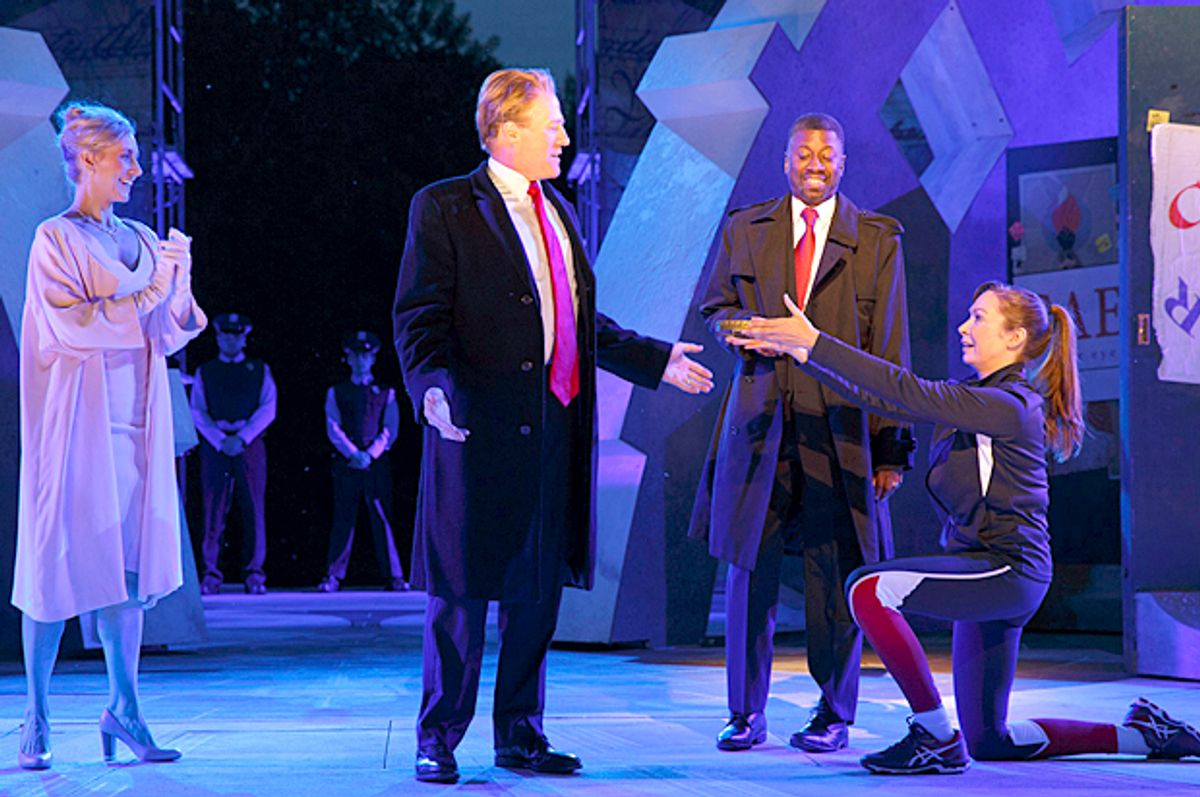 The Public Theatre opened its free Shakespeare in the Park of the Bard's "Julius Caesar" in Central Park's Delacorte Theater Monday night even as the controversy surrounding continued to roil.

In case you missed it, in director Oskar Eustis' staging of the 1599 tragedy, actor Gregg Henry portrays the titular role of the Roman dictator as an angry, histrionic politician dressed in a navy business suit with a red tie, a shock of golden hair atop his head. Sound familiar?

Conservative critics — and later Delta Airlines and Bank of America — certainly thought so and objected to what they saw as a simulation of the assassination President Donald Trump in Act III, Scene i. The two corporations subsequently pulled their support of the staging and the National Endowment for the Arts (something Trump is trying to terminate) distanced itself from the production.

Onstage last night, Eustis addressed the controversy in a short speech preceding the performance. "[This show] warns about what happens when you try to preserve democracy by non-democratic means," he began, speaking to the crowd. "And again, spoiler alert, it doesn't end up too good."

Eustis continued his speech by repeating the message of the show, and it's meaning for the audience:

"At the same time, one of the dangers that is unleashed by that, is the danger of a large crowd of people, manipulated by their emotions, taken over by leaders who urge them to do things that not only are against their interest, but destroy the very institutions that are there to serve and protect them. This warning, is a warning that's in this show, and we're really happy to be playing that story for you tonight. What I also want to say . . .  [is] that we are here to uphold the public's mission. The Public's mission is to say that the culture belongs to everybody, needs to belong to everybody. To say that art has something to say about the great civic issues of our time, and to say that like drama, democracy depends on the conflict of different points of view. Nobody owns the truth — we all own the culture.”

See Eustis address the crowd below.