Donald Trump’s lawyer in the Russia investigation, Marc Kasowitz, bragged he was behind the firing of Preet Bharara 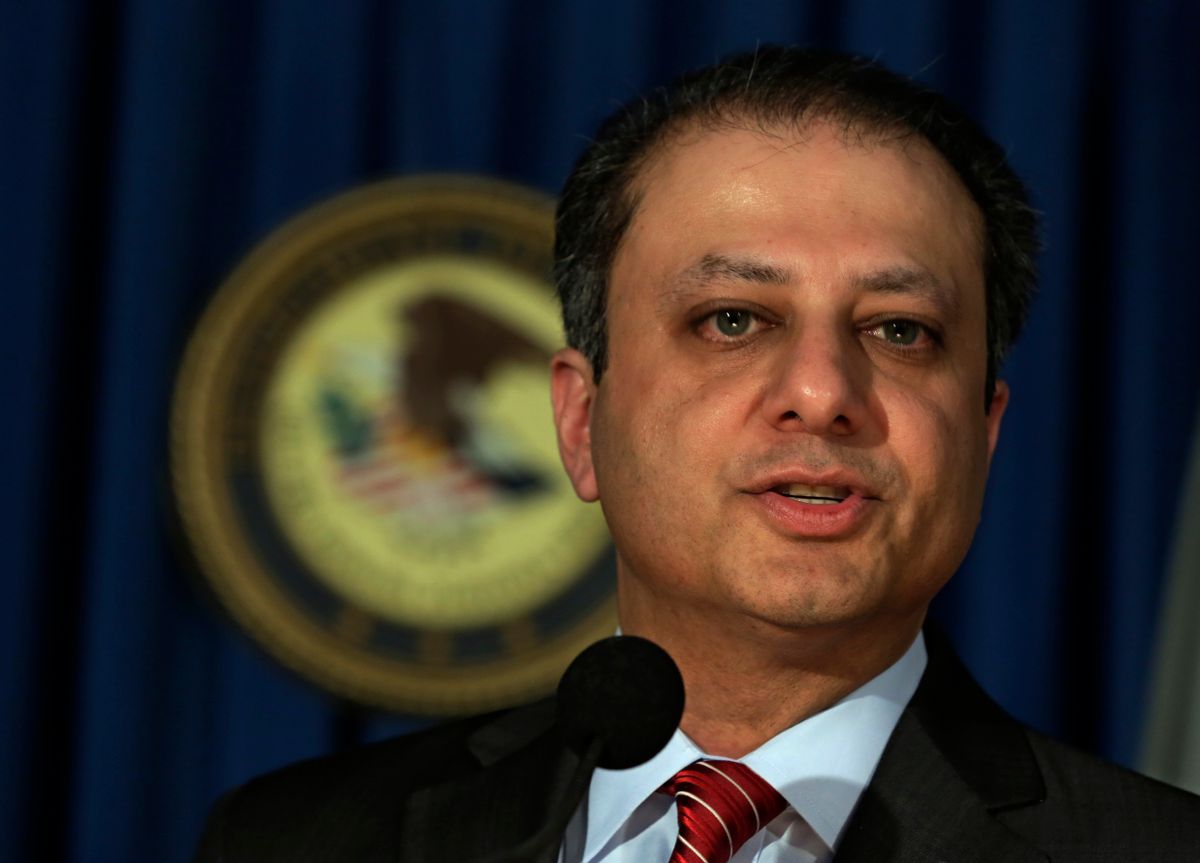 Marc Kasowitz, President Donald Trump’s personal lawyer in the Russia investigation, has boasted to friends and colleagues that he played a central role in the firing of Preet Bharara, the United States Attorney for the Southern District of New York, according to four people familiar with the conversations.

Kasowitz told Trump, “This guy is going to get you,” according to a person familiar with Kasowitz’s account.

Those who know Kasowitz say he is sometimes prone to exaggerating when regaling them with his exploits. But if true, his assertion adds to the mystery surrounding the motive and timing of Bharara’s firing.

New presidents typically ask U.S. attorneys to resign and have the power to fire them. But Trump asked Bharara to stay in his job when they met in November at Trump Tower, as Bharara announced after the meeting.

In early March, Trump reversed himself. He asked all the remaining U.S. attorneys to resign, including Bharara. Bharara, a telegenic prosecutor with a history of taking on powerful politicians, refused and was fired March 11.

As ProPublica previously reported, at the time of Bharara’s firing the Southern District was conducting an investigation into Trump’s secretary of the health and human services, Tom Price.

Kasowitz and the White House did not respond to requests for comment.

Kasowitz’s claimed role in the Bharara firing appears to be a sign that the New York lawyer has been inserting himself into matters of governance and not just advising the president on personal legal matters.

Kasowitz has also said in private conversations that Trump asked him to be attorney general, according to four people familiar with the matter. Kasowitz said he turned down the role. Ultimately, Trump decided to give the position to then-Alabama Sen. Jeff Sessions.

The Southern District of New York conducts some of the highest profile corporate investigations in the country. According to news reports, it is currently probing Fox News over payments made to settle sexual harassment charges against the network’s former chairman, the late Roger Ailes. The office is also looking into Russian money-laundering allegations at Deutsche Bank, Trump’s principal private lender.

Kasowitz has represented Trump over the years on matters including his failed libel lawsuit against a journalist, the Trump University case, and then-candidate Trump’s response to allegations of sexual assault by multiple women last year. Trump retained him to be his personal attorney in the Russia investigation last month.

Trump has also turned to Kasowitz’s firm to fill jobs in the administration. David Friedman, a former name partner of the firm, is now ambassador to Israel. Trump considered former senator and Kasowitz Senior Counsel Joseph Lieberman to replace Comey.

One of the names floated to replace Bharara is Edward McNally, a partner at Kasowitz’s law firm. More than three months after Bharara was fired, Trump has not nominated anyone to fill the Southern District job or most of the other U.S. attorney positions.

Bharara’s firing on March 11 came two months before the firing of Comey, head of the FBI. Critics charge that Trump obstructed justice in forcing Comey out.

Comey testified last week that Trump had tried to “create some sort of patronage relationship.” Bharara said in a television interview Sunday that Trump had attempted something similar with him: Comey’s testimony “felt a little bit like déjà vu.”