With the war in Yemen raging, the Senate votes to approve President Trump's massive arms deal to Saudis 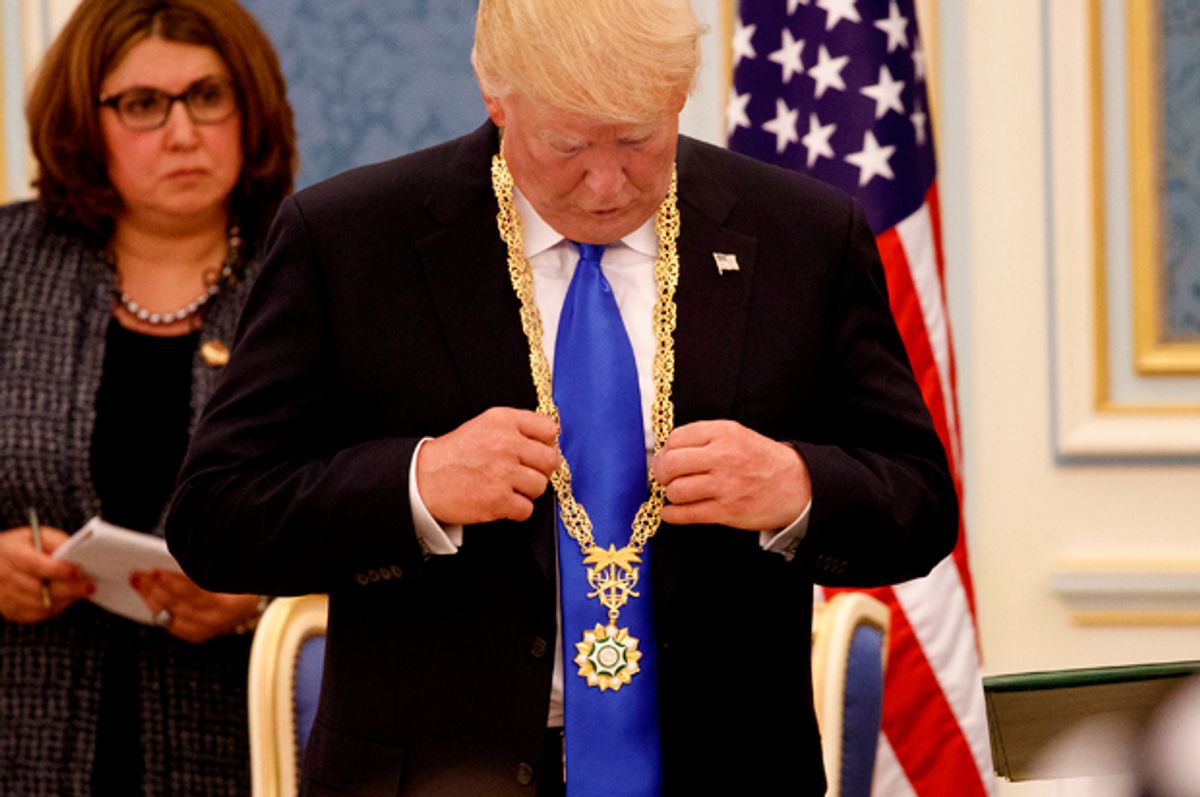 On Tuesday, the U.S. Senate failed to pass bipartisan legislation that would have prevented President Donald Trump's $500 million arms sale to the Kingdom of Saudi Arabia, according to Politico.

The legislation was championed by Sen. Chris Murphy, D-Conn., and Sen. Rand Paul, R-Ky., and fell just short with a vote of 47-53 against.

Saudi Arabia is currently engaged in a brutal bombing campaign in Yemen, which has resulted in thousands dead and millions starving. Along with weapons, the U.S. has provided the Royal Saudi Air Force with logistical support and jet refueling.

Though the measure failed to pass, Murphy expressed optimism for the support it was able to garner. "This is an important message to the Saudis that we are all watching. And if they continue to target civilians and they continue to stop humanitarian aid from getting into Yemen, this vote will continue to go in the wrong direction for them," Murphy said, according to Politico.

On the Senate floor, Paul pleaded with his fellow members of Congress to refuse to continue arming the Saudis. "We can't make them be like us, but we don't have to encourage their behavior by giving them weapons that may well fall into the hands of people who are our enemies," Paul said. He noted that the Saudis have deliberately targeted civilians in their bombing campaign in Yemen.

Experts have argued that the U.S.-backed, Saudi-led coalition has committed war crimes, but Trump continues to ramp up the war in Yemen on multiple fronts: backing Saudi forces, deploying U.S. Special Forces raids, and indiscriminate drone strikes — all of which have killed scores of civilians. From the Intercept:

"Saudi Arabia began bombing Yemen in 2015, when Houthi rebels took over Yemen’s capital and forced out the Saudi-backed ruler. Since then, Saudi Arabia has maintained a strict naval blockade that has left 19 million people in need of humanitarian aid. Meanwhile, the Saudi air force has used U.S. weapons to bomb schools, hospitals, and food and water infrastructure,"

Due to Yemen's devastating conditions, the country has also been ravaged by massive outbreaks of cholera, an epidemic that now infects a child every 35 seconds. With no foreseeable end to the destruction in Yemen, experts believe the only solution is a political one.

"Only a political settlement can resolve the issues driving Yemen’s humanitarian crisis," said Oxfam senior humanitarian policy adviser Scott Paul in a statement, according to Politico. "Rather than back the Saudis in a long war that endangers the lives of millions, the Trump administration should use all of its influence to push the parties toward peace."